The coastal race for the BARCLAYS 52 SUPER SERIES at Rolex Capri Sailing Week had to be abandoned before the fleet had reached the first turning mark this afternoon when the light breeze shut down and left the crews all but becalmed.

The leaders, Tony Langley’s Gladiator and Jim Swartz’s Vesper¸ were ghosting gently towards the windward mark off the rocky Faraglioni pinnacles at Capri’s SE corner – when the race committee announced their decision, based as much on the fact that there was no wind at all for their return into the Bay of Naples.

Vesper, with Gavin Brady calling tactics, had made the best start off the pin end of the line and were looking good early on as the leaders tacked upwind in the gentle SE’ly breeze. They were first to run out of the breeze, close in under the spectacular cliffs, which allowed Gladiator to pass.

After erring slightly to the west on the beat – in fact only a very small distance to windward – Azzurra, Paprec and B2 became separated from the fleet in a different breeze. At one point they were under gennakers pointing in the same direction.

The decision received general approval all levels of the fleet.
Racing returns to windward-leewards Friday and Saturday. 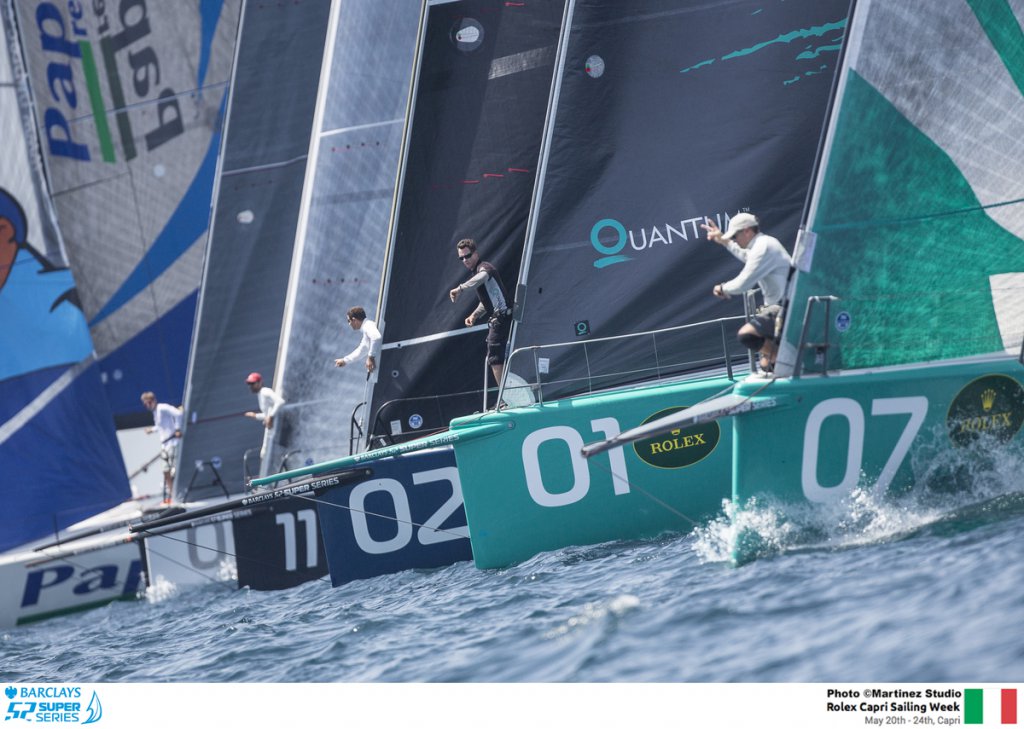 We were joking at the start of the day that whoever was leading at the last mark would likely be last across the finish. We were not holding our breath.
Gavin Brady, tactician, Vesper