(Wednesday 17th May, Scarlino) – Maintaining a superlative level of consistency through a tough, three-race day, Harm Müller-Spreer’s German-flagged team on Platoon have taken over the lead of the Rolex TP52 World Championship, earning themselves a cushion of three points ahead of defending world champions Quantum Racing.

The foundation component of the Platoon consistency seems to be their ability to find themselves a workable, clean lane up the first beat even after a poorer start. And so far, after four races at this prestigious world championship, they are the team that seem to have been gaining places more often than losing them. 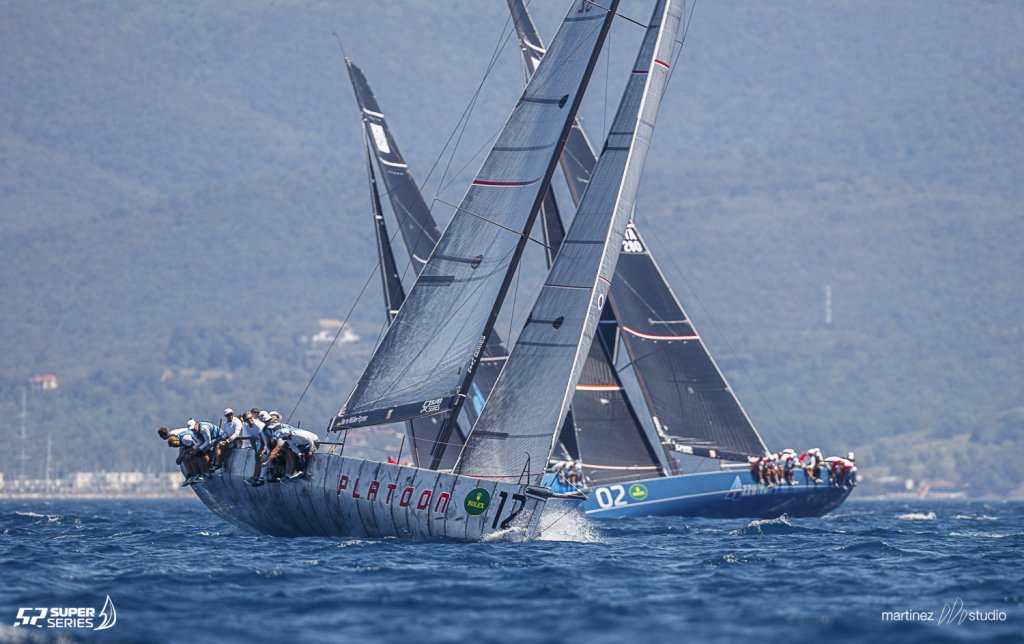 Their 2,3,2,2 finishes so far are an accurate reflection of an excellent overall package, the hugely experienced Müller-Spreer profiting from the strong team around him led by American, John Kostecki – the only sailor to have achieved the sport’s pinnacle trifecta, winning an Olympic Silver medal in the Soling in 1988, winning the Volvo Ocean Race on Illbruck in 2001-2 and the 33rd America’s Cup with BMW Oracle in February 2010.

Platoon worked hard for their third in the first race of the day, contested in the early NE’ly gradient breeze blowing offshore. They were pressing hard behind second-placed Quantum Racing in a race that was won by Azzurra. Tony Langley’s Gladiator crew won the second race after a neatly executed pin end start allowed them an early jump on the fleet, Platoon taking second before only just losing out to Quantum Racing – the winners of the third race. 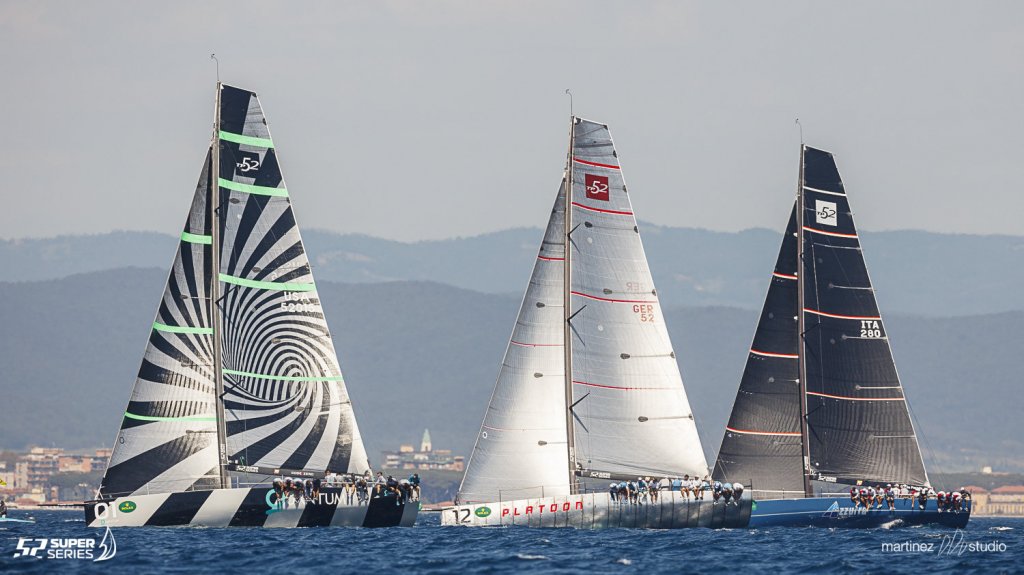 Mainsheet trimmer Dirk De Ridder, who won the Volvo with Kostecki on Illbruck, and was wing trimmer when BMW Oracle won the 33rd Americas Cup match with Kostecki as tactician, points to their solid tactics, hard work and good downwind speed in the midrange, 10-11kt breezes and stronger – attributable to the narrower waterline of the Vrolijk design and their sail package – as just some of the reasons they are going so well this season.

“I am actually not too sure if there is a secret. We’re just trying very hard, and we’re working very hard with Quantum and Gladiator – the Quantum [Sails] boats – and definitely that helps a lot trying to be consistent and fast. Today we had two very good starts, and that breaks you free, and we got really nice breaks out of those. And I think our speed is good enough, so that once you are in the front bunch, you can hang quite easily with them. So we were quite comfortable in that stuff. The boat’s a little narrower on the waterline (than the Botín designs), so once we get in line we seem very comfortable. It’s the same with Rán, I think it’s a Vrolijk thing that makes it quick downwind.”

While Platoon were the most regular team, both Quantum Racing and Azzurra had one bad race, an eighth apiece. Even so, Quantum Racing managed to stay within their target 12-point aggregate for the day, by one point. The 2016 circuit and world champions bounced nicely back to win the third and final race of the day while Azzurra won the first race and slipped to their eighth in the third race.

“The goal was to come off the water with 12pts or less and we achieved that goal. This regatta is far from over and we are just pushing hard for that last day. In the middle race we had a nice start, but just did not pick it right up the first beat. So the eighth was a bit of a disappointment. But we stuck with out processes, carried on doing what we are doing, not forcing anything and it worked out. In the middle race, the breeze evaporated just a little bit on the starting line.”

Hutchinson is steering the starts, a decision taken after the five practice days leading into this world championship when it was evident that helm Bora Gulari had still not quite had enough practice time to get out of the blocks at least on par with some of the best keelboat helms in the world. 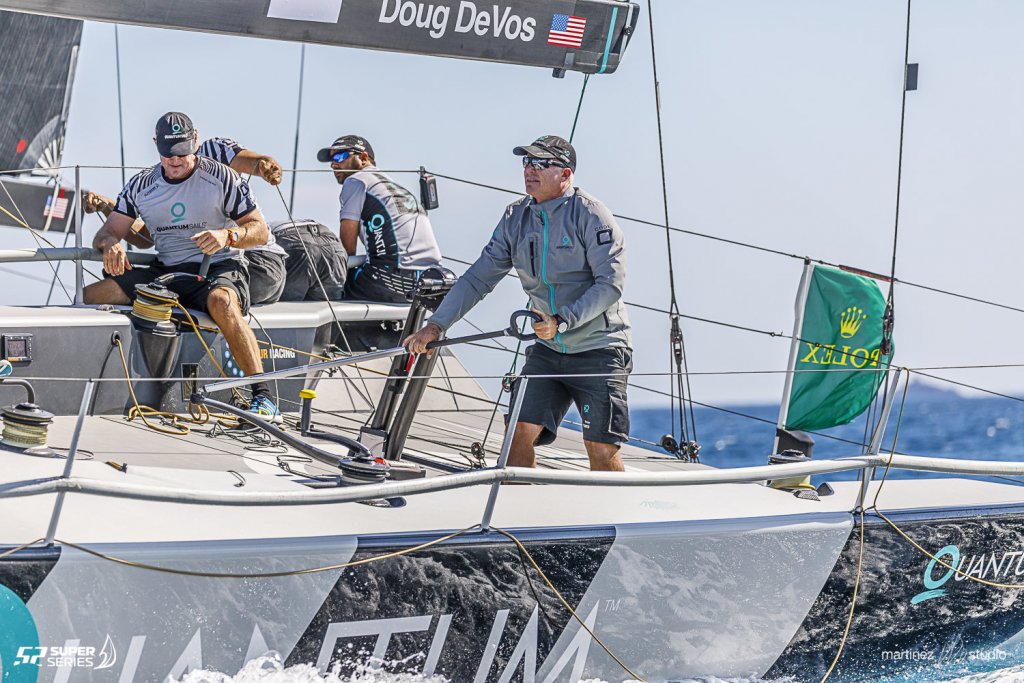 “We just ran out of time. It is the whole momentum, the difference if you like between how a Moth accelerates, sailing high speed, apparent wind angles, and the stopping and starting. If we had five more days of practice we would be fine. And Bora said ‘I am the problem, I want to win the worlds, what do we do?’ We did not want to put Bora in an unwinnable situation.” 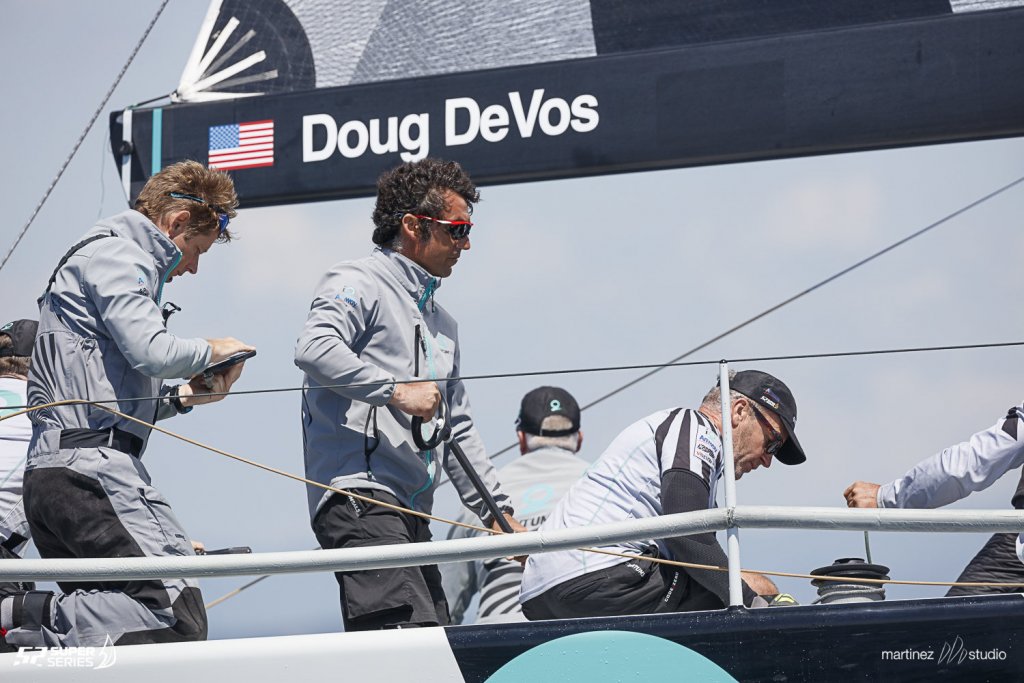 “There is not a lot of time. We were hoping that when we had got to this point in the season Bora would have had about 20 days of steering the boat coming into the training period here, but coming into here – because of all the lost practice, like in Miami – he had one day training day. We are here to win the regatta. And so whatever the team needs to do to win, we do. And Bora was the first to say ‘I think we have to make this change’. I don’t know it if it improves our chances but we have to do what we have to do.”

Tony Langley’s gun-to-gun victory in the second race is a perfect reward for all the hard work that went into getting Gladiator ready on time after their accident in Miami. And with their third place in the third race of the day, the newest generation boat in the fleet moves up to fifth overall. 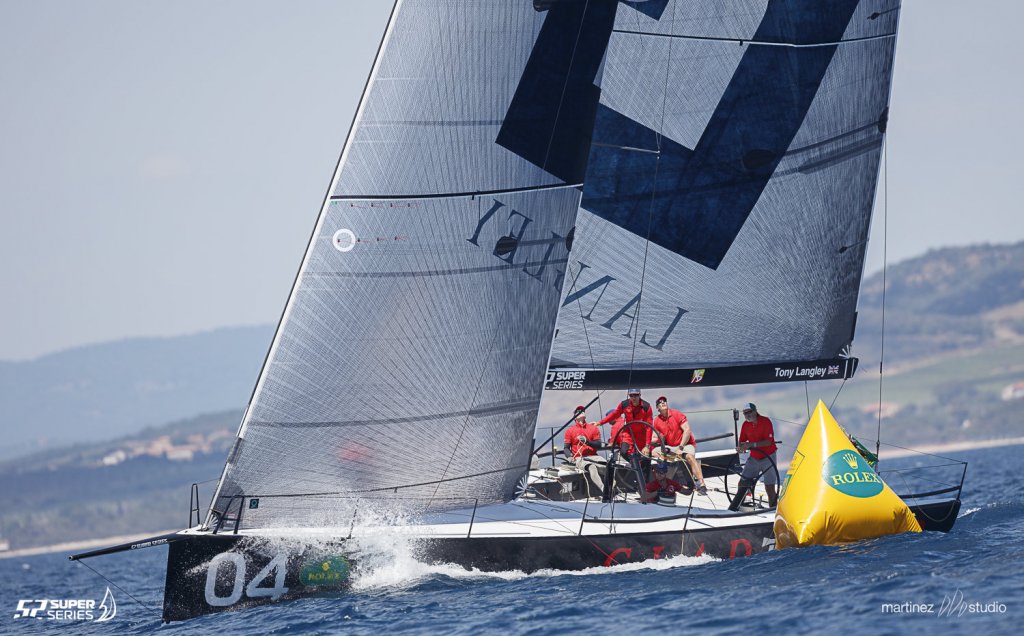 Ed Baird, tactician on Gladiator, is pleased with progress:

“Its good, it’s a great group, they work really hard and have had a lot of seasons of fighting it out for anything they could get on the race course. It’s been really great to get with Tony and work with him directly on steps to be more confident with what he is doing next. And he’s done a great job of absorbing my suggestions and working hard to do those things, and he’s improving and the boat’s going better.

The boat feels great, it goes well, and it allows us to make the occasional mistake and not have it be the death of the race and that’s important for us. It doesn’t automatically mean we’re always going to be in the hunt, like we saw in the first race. I took us the wrong way just a little too much and everything went bad from there!” 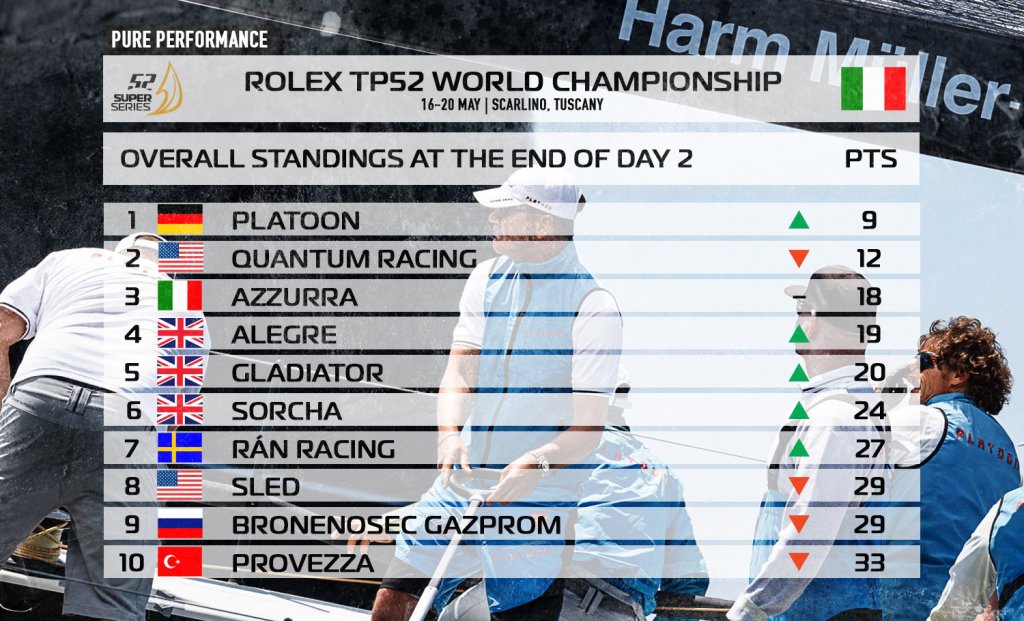