It is coastal race day for the Barclays 52 SUPER SERIES fleet at the 33rd Copa del Rey on the Bay of Palma and with it comes a new set of opportunities compared with the itinerary of windward-leeward races which have been sailed so far.

It should be a fairly usual Palma day with the sea breeze in, lighter perhaps, but the key stages will – as usual – be the start but also managing the transition down at the Illetas mark where the breeze is different.
Jordi Calafat, strategist, Quantum Racing

It will be a light-ish sea breeze maybe up to 12 knots.
Bruno Zirilli, navigator, Azzurra

After a logistical challenge to bring their older, replacement rod rigging from Valencia, to replace their broken D1, Ergin Imre’s Provezza is ready to race again today after missing both races yesterday.

And Ireland’s cycling legend, Stephen Roche, has his first ever sailing experience as he meets up with the British flagged team on Gladiator with cycling fan owner-driver Tony Langley. Roche, winner of the sport’s triple crown in 1987 when he won the Giro d’Italia, the Tour de France and the world road race. 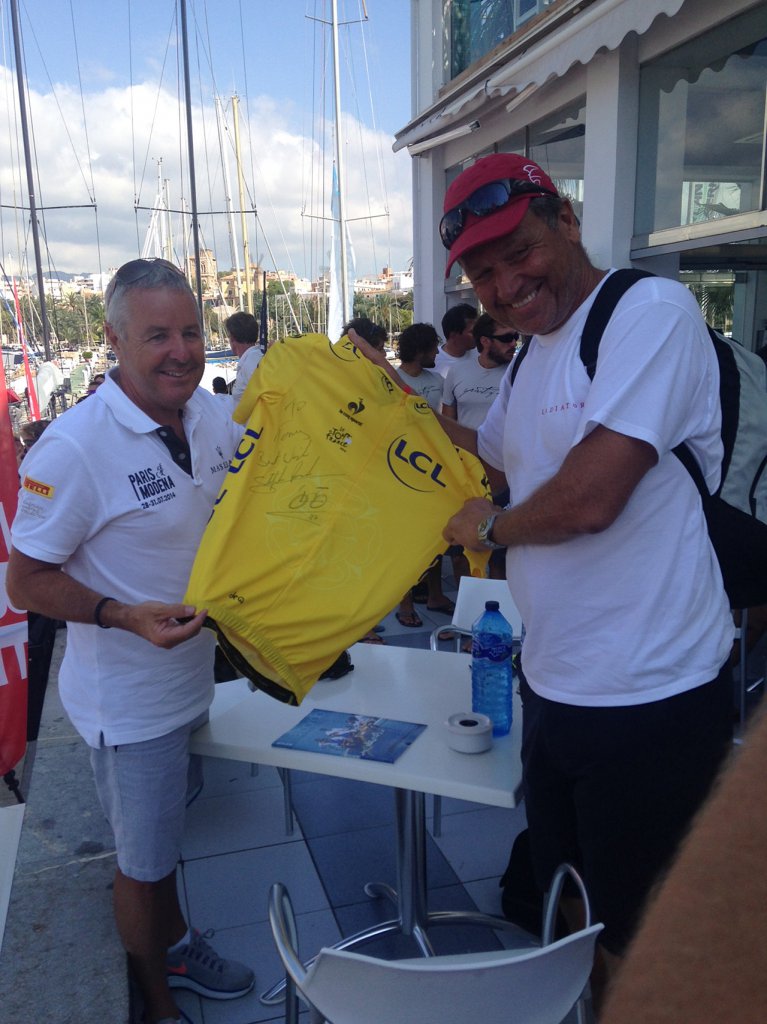