The Puerto Portals 52 SUPER SERIES Sailing Week & TP52 20th Anniversary Invitational fleet enjoyed the first full day official training today on the waters of the Bay of Palma. The fleet is lined up on the race dock in Puerto Portals ready for the first official day of points racing on Tuesday when the nine 52 SUPER SERIES boats and the seven teams competing in the Invitational class will race.
Today the boats had to wait 40 minutes for the breeze to build and settle in on the Bay of Palma race course. When it came in it built to a decent 15kts.
First up were two practice starts for both fleets and then one practice race for each fleet and then one for the combined fleet. Double world champions Platoon won the first practice race and Quantum Racing won the combined fleet race which saw Karl Kowk’s potent Beau Geste team showing well up among the 52 SUPER SERIES regulars. 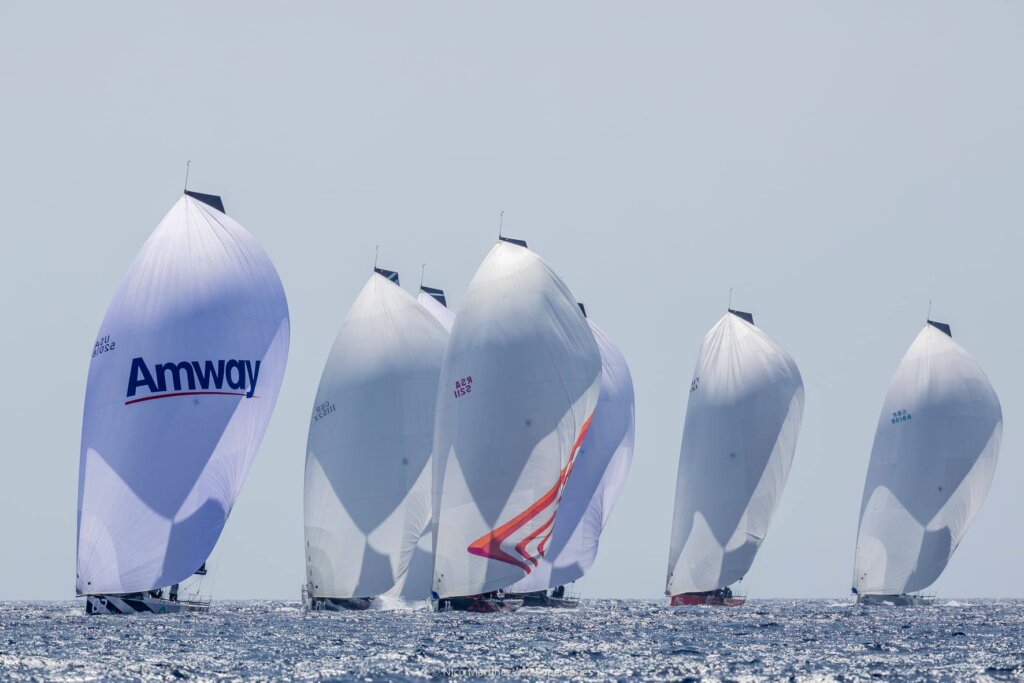