Platoon Bounce Back, Azzurra’s Consistency Is Not Contagious

(Wednesday 4th March, Cape Town) – After a very disappointing opening to the Odzala Discovery Camps 52 SUPER SERIES V&A Waterfront – Cape Town regatta, Harm Muller-Spreer’s world champions Platoon bounced back to record a second and first today as the top scoring boat in the fleet. But, after six races have been sailed off Cape Town, it is still the 2019 overall title holders Azzurra who lead, today extending their cushion to ten points.

Azzurra’s consistency, posting a 3.5 point average for the day, is the result of patience, minimising risk and obviously good boat speed, while Platoon’s three-points aggregate for this third day of five planned racing days, moves them to within three points of second-placed Phoenix 11.

“We have been consistent and playing it safe where we can; most of this season that is the plan. The boat is going very fast, especially downwind, so we are happy and feel like we have taken a step on from last year. We think we are better in the flat water, like here, which was our achilles heel in the past. It is hard to make that assessment just now because all the boats are so even in this flat water.

We are not taking any risks. Even if the left is favoured we are not pushing, we are trying to keep safe, clean lanes and letting the race develop.”

But to date all of the races have been sailed in light to moderate breezes, often one-sided drag racing off the start line. All that is widely expected to change tomorrow, Thursday, as the brisk south-easterly ‘Cape Doctor’ is forecast to arrive, for one day only. This could prove a decisive day in terms of shaking up the leaderboard.

Doug DeVos’s Quantum Racing triumphed in the first race of the day extending away from second-placed Platoon in a modest, oscillating 10 knot north-westerly that died on the second round. But the four-time 52 SUPER SERIES champions matched their win with a sixth from the nine starters.

After an OCS in the first race of the regatta, then penalties yesterday, Platoon’s trimmer Ross Halcrow was upbeat:

“It felt pretty good out there today. In fact we have felt good all week so far but we have just had these unfortunate incidents out there on the water, so it is good to get back to it today. We had a couple of good starts and then that makes life a lot easier. The first race had options but the second course is very left favoured, but the weed comes into play. If you go too far you get hooked up with weed. We stayed a little bit out. We saw Bronenosec unfortunately get the weed. When you are behind then you have to push it and they did and had some losses.”

A collision with Alegre during the first race on Tuesday means Sled are unable to continue racing due to damage to their standing rigging. Their score is redressed to average points per race sailed after Race 3, but tactician Adam Beashel points out:

“It is disappointing to miss out but the other side of it is we miss all the racing time on the water that all these guys will be getting before the worlds.” 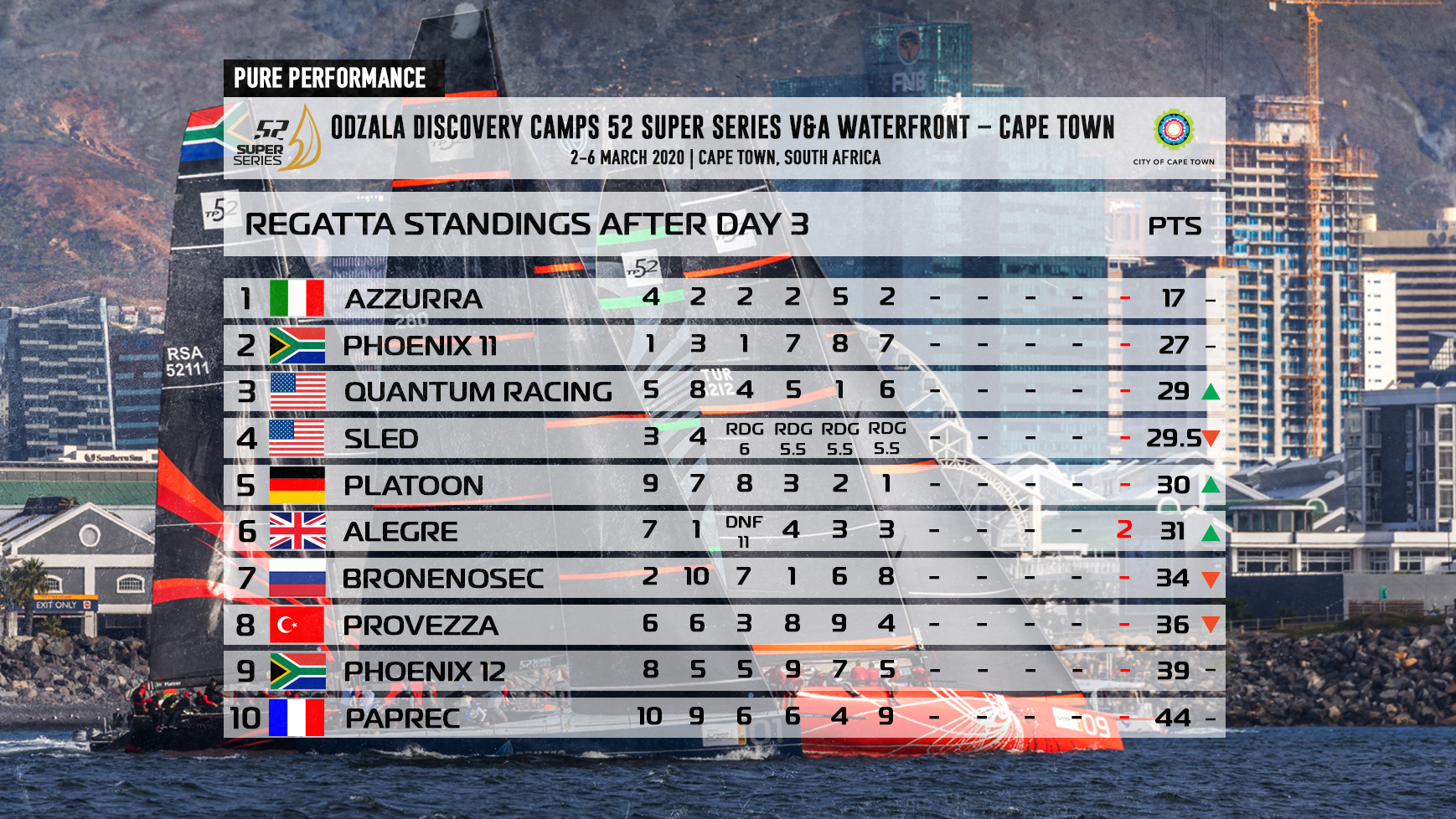