On the BARCLAYS 52 SUPER SERIES’ first visit to the island of Capri it was the Italian team on Azzurra which came away with top honours, clinching the first regatta title of the 2014 European TP52 season with an impressive second and a first place from the two difficult races on the final day.

Theirs was a hard won overall victory, one which is attributable as much to their hard work and preparation put pre regatta in readiness for the light, unsettled breezes of Capri, as it is to their consistency and guile on the race course.

While the crew which sails for the Yacht Club Costa Smeralda were at their imperious best in today’s light and unsettled breezes, able to hold off the challenge from the American crew of Vesper in both races to roll out winners by four clear points, Jim Swartz’s US crew which had started the final day level with Azzurra had to settle for second overall just ahead of Quantum Racing, the defending 2013 52 SUPER SERIES CHAMPIONS.

Consistency proved elusive for some but Azzurra only finished out of the top three once and delivered a 1,2,1 salvo from the final three races. The team skippered by Guillermo Parada were the only one to win two races, four different boats, Vesper, Quantum Racing, Rán Racing and Phoenix, winning the other contests.

Capri lived up to its longstanding reputation for light airs. The coastal race and one day of windward leeward races were lost to calm or unsettled breezes, but the last day of racing was blessed with 7-10kts of breeze from the SE for the finale.

Niklas Zennström’s Rán Racing won the penultimate race, leading from half way up the first beat. Azzurra rounded the top mark with Vesper second and Azzurra very close behind in third. 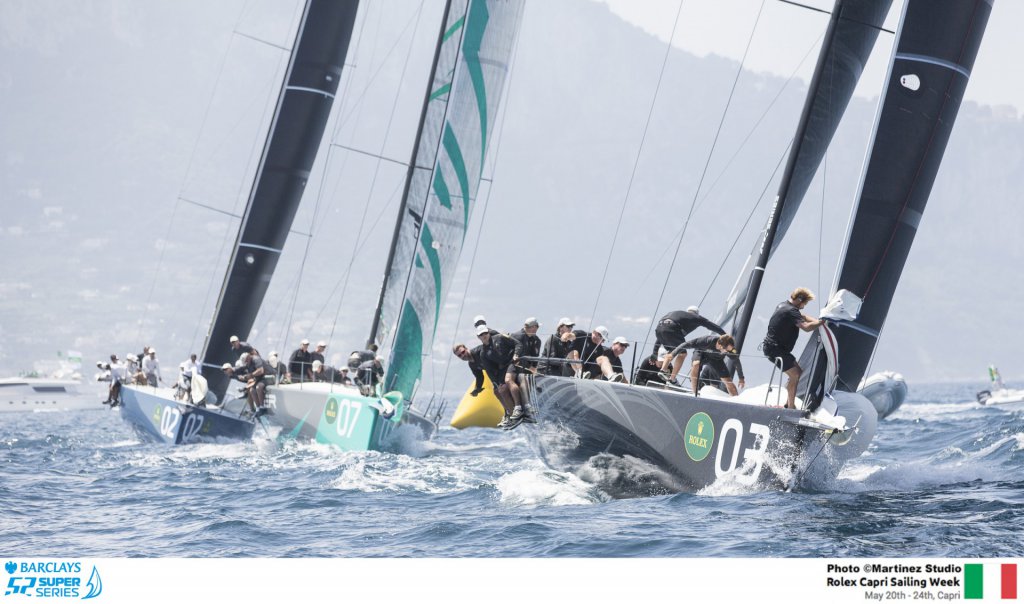 On the second run the two top title rivals were still locked together. Azzurra feigned a dummy gybe, Vesper – whether they bought it or not – gybed away and Azzurra were able to hold on to take second across the line behind Rán Racing.

In the second race, sailed in a lighter wind with big differences between left and right, Azzurra’s Vasco Vascotto proved most adept at reading the conflicting breezes, picking the best path up the middle of the course to earn the lead around the first turning mark. With Eduardo de Souza Ramos’ Brazilian Phoenix in close contention, it proved an uphill task for Vesper in third, though keeping their American compatriots Quantum Racing behind them on the overall standings will be a source of satisfaction to Swartz’s team on their first visit to Europe to race.

The Azzurra team were elated at their victory while Quantum Racing’s visibly disappointed tactician Terry Hutchinson promised that the 2013 champions would harness their disappointment and be back stronger in two weeks time in Porto Cervo, Sardinia for the second regatta, the 52 WORLD CHAMPIONSHIPS.

It is important for us as a team to win because we did not sail well at the last couple of events we did, so we sailed in a good way here. We worked hard to improve our speed here, especially for the light air. Ours is not a boat for light airs and so I think everyone did a great job on and off the water. Guillermo had not steered at the start for many, many regattas and he was good off the start line and I am happy with the way we sailed.
This sport never gives you the chance to feel that you are unbeatable. Every day is a different and next time it will be tough again.
Vasco Vascotto, tactician, Azzurra

Over the longer period it’s probably a good thing for us. Since I have been back on the boat we have taken starts off them and they have taken starts off us. And so it’s good to get our teeth kicked in now and then, it makes us come back stronger for the next one, the World Championship. We did not put our best foot forward at this event when Ed started really well but there were things that let us down tactically, conversely we also had one just OK start in the first race today and that was a big deal.

Azzurra sailed well, they got a really great break in the last race when they were fighting Rán off and took both of our transoms.

This is a tricky venue to sail in, when you look at the scorecard and you look at the inconsistencies of everyone, this has been an Atypical regatta for us, on average we have been able to claw your way back through the fleet, we will take a good hard look at everything on our boat and we have to make sure we chase the bitter sweet taste of losing and it’s not that much fun.

We are looking forward to Porto Cervo and going racing against the entire fleet. It’s awesome to see how many boats we have here. I think what we are building on here for the future is really, really good.
Terry Hutchinson (USA) tactician Quantum Racing (USA)

I was always saying that if they try a dummy gybe we go anyway. It was a match, they had nothing to lose and if we all start doing dummy gybes then the boat behind is only going to get through. It was safe option for us, we were going to commit and go. In the first race of what was to be a three race day we were just playing the percentages and trying to do the right thing. It did not pan out, nine times out of ten it would have been fine but not today. The story of the day was about who could keep putting in the top three scores. We did not ever get stuck here, we did not get bogged down with where we are on points or anything, we just went out and raced.

I’d be shocked now if you didn’t see Jim Swartz and Vesper back for another round here, it wont be this year because of other commitments, but we will see Vesper back on the Circuit I am sure. It has been a really positive experience for us and our owner Jim Swartz is feeling fantastic about it because we have been able to keep a 2008 boat on the pace, which is full credit to the class too and future of the 52 SUPER SERIES.
Gavin Brady (NZL) tactician Vesper (USA)

It was a really good experience for us. You always want more but we are a new boat and a new team we are happy with we finished. There is a lot to learn before Sardinia where the conditions will be very different. We need to start better. Here we had three good starts and got three good results, and three bad starts for three bad results. So that is one thing.
Santi Lange (ARG) tactician Phoenix (BRA) 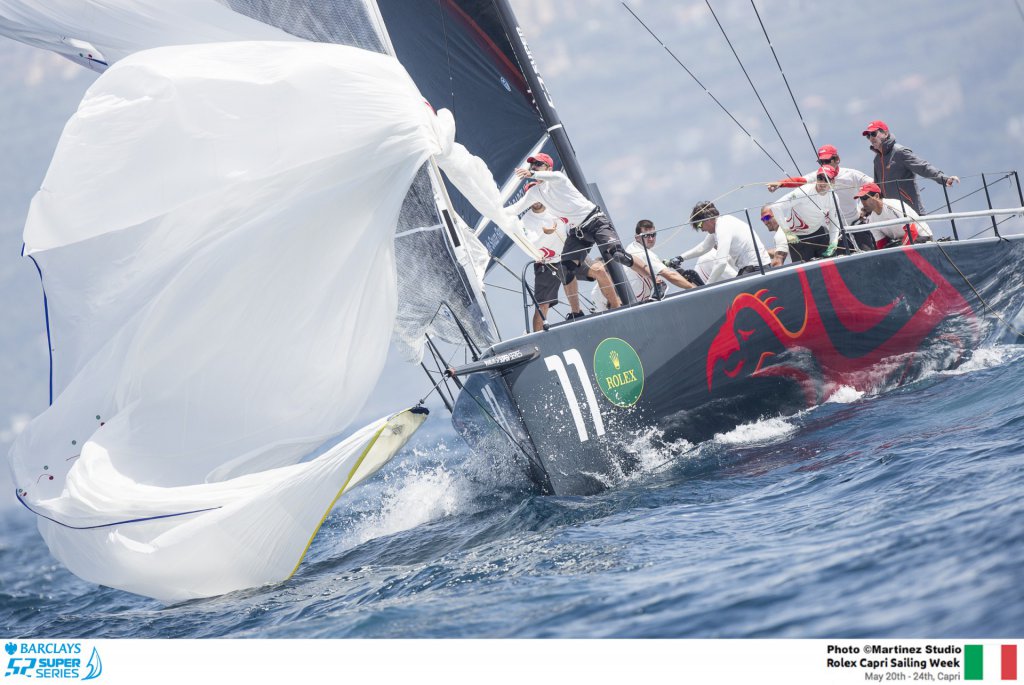