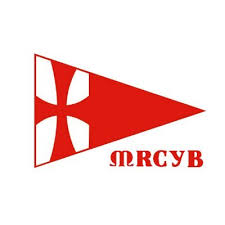 The tenth anniversary season of the 52 SUPER SERIES opens off the Galician town of Baiona in the breathtaking, rugged NW corner of Spain. It is the first time ever the TP52 class has raced in Galicia or indeed so far north on the Atlantic coast.

Galicia has a proud seafaring tradition. Indeed Baiona was the very first European port to receive the news of the discovery of the New World as the caravel La Pinta, captained by Martín Alonso Pinzón arrived back to this side of the Atlantic on the 1st of March 1493.

Nestled in a spectacular bay facing the majestic Cíes Islands (a renowned natural park), the picturesque fishing village forms part of the Portuguese end of the Camino de Santiago (Way of St. James) and is one of the most important tourist attractions of the Galician Rías Baixas. The estuary – or river mouth – is a paradise for lovers of nature, Celtic traditions and a world-acclaimed gastronomy of which seafood, fish and wines such as Albariño stand out.

It is overlooked by the majestic Monterreal Castle, a 14th century walled fortress that houses an impressive Parador Nacional within its walls as well as the historic Monte Real Club de Yates de Baiona (MRCYB), proud hosts of the Abanca 52 Super Series Baiona Sailing Week.

The MRCYB was actually founded on 24th March 1965, taking over the mantle from the Erizana Yachting Club Internacional, created just a year earlier. Throughout its six decades of existence it has become one of the most respected yacht clubs in Spain based on solid principles centred on the promotion of international nautical tourism and the organisation of regattas. Its best known regatta is the Prince of Asturias Trophy, held annually since 1986, but the MRCYB has also organised offshore races such as the Lymington-Baiona offshore, many European and World Championships, and numerous match races. In 1989 it became the first Spanish club to present a challenge for the America’s Cup, an initiative that it would repeat on two other occasions and which consolidated it among the most important nautical institutions in Spain.

Its strategic location at the entrance to the Vigo estuary and just a few miles from the north coast of Portugal makes the MRCYB a valuable stopover for sailors from all over the world.