(Friday 26th February, 2021) – With the prospect of being unable to run the early season events to an appropriate standard and have them properly accessible to all of their teams from around the globe, the 52 SUPER SERIES has taken an early, pragmatic decision to reschedule elements of the 2021 regatta season.

The primary objective behind the decision taken by the 52 SUPER SERIES management board this week is to offer the highest degree of certainty to owners, teams and venues. At the present time, teams are still unable to travel, and local restrictions still prevent gatherings at major sporting events.

In light of this, the Saint Tropez, Baiona and Cascais events that were due to take place in May, June and July are postponed until 2022. Instead, the objective is to run four regattas in July, August, October and November. 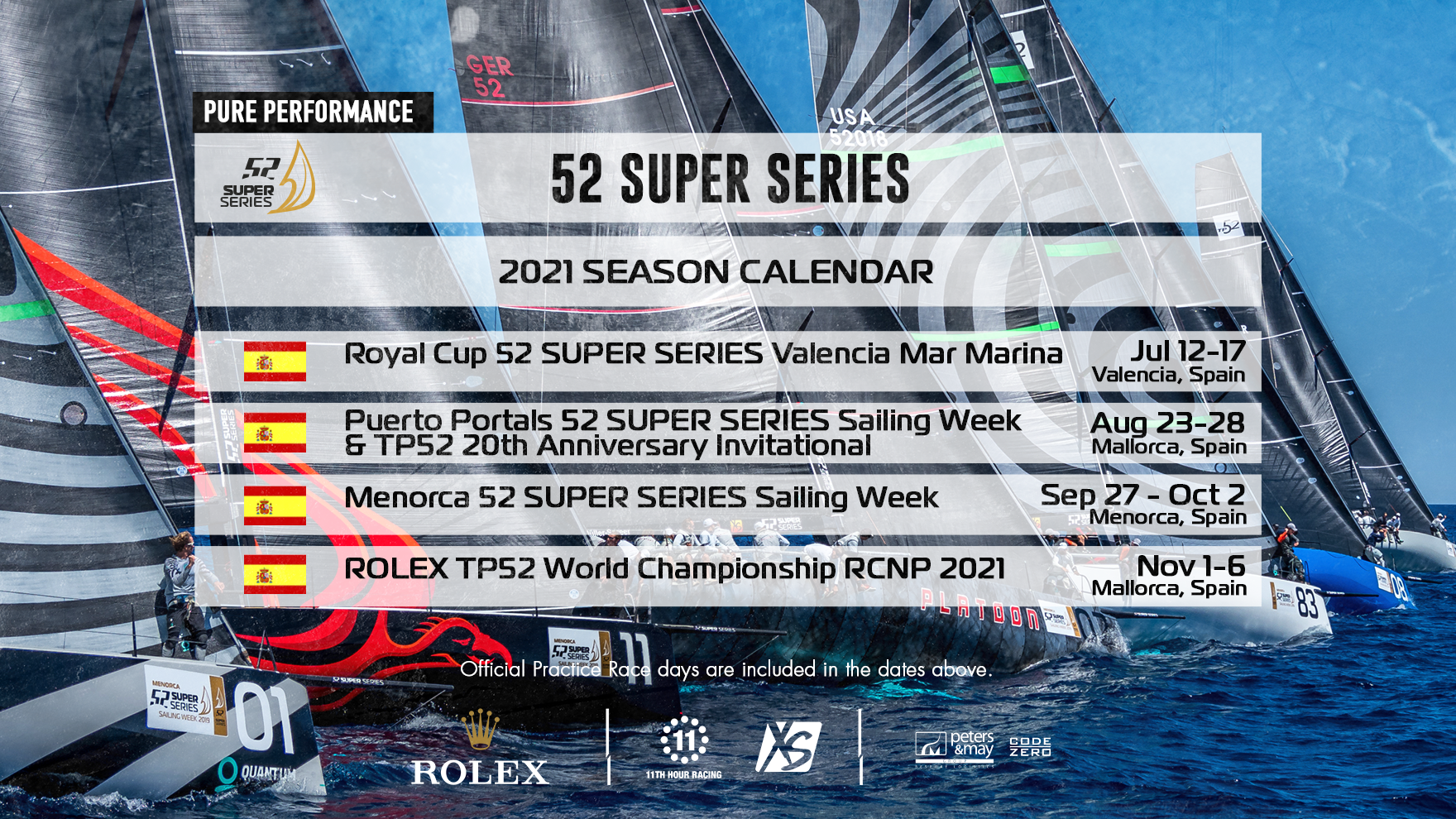 “This has been a tough decision to take but ours is a circuit that draws owners and teams from all around the world, and while you might say things are moving in the right direction in many parts of Europe, unfortunately there is still not enough certainty. Our approach is to be responsible and pragmatic looking to what we feel confident we should be able to deliver, rather than overpromise and underdeliver. In this dynamic situation we need to minimise the risk to everyone and put ourselves in the best position to deliver safe, competitive events commensurate with the status of the world’s leading grand prix circuit,” Agustín Zulueta, CEO of the 52 SUPER SERIES explains.

“With this plan we feel we have an option that will deliver the maximum amount of enjoyable, competitive racing in environments we know well, with minimal travel and transport involved. It will be great for everyone to be welcomed back to these venues in Spain, Valencia, Mallorca and Menorca, which are so popular with our owners and teams where we have had such great racing over the years.”

Venues that have had regattas postponed from this early season are already looking forward to 2022, the President of the Monte Real Club de Yates of Baiona, José Luis Álvarez, commented:

“While we regret the fact that we won’t be able to host this prestigious circuit this year in Galicia, we trust that the COVID situation will improve in the coming months to allow the celebration of 52 SUPER SERIES Baiona Sailing Week in 2022. In 2022 we will be more prepared than ever to receive the 52 SUPER SERIES and it will be an extra special edition coinciding with Xacobeo [Galician Holy Feast Day of St James], which has also postponed by COVID until next year.”

“While we are very disappointed with the decision, we fully understand it as we are all still living through uncertain times with the evolution of the pandemic. Cascais will wait and looks forward to 2022 and welcoming the 52 SUPER SERIES to our waters for the fifth time in nine years.”

Share this article:
News Overview 11th Hour Racing and the 52 SUPER SERIES: A Success Story to Grow and Extend as New Three-Year Agreement is Signed Back to the Atlantic in 2022
52 SUPER SERIES