(Friday 2nd August) – The 2020 52 SUPER SERIES season will visit South Africa as the showcase curtain raiser to a six-regatta year, which will also feature four reliable, popular favourites in Europe.

The world’s leading grand prix monohull circuit will start with two regattas in South Africa in March and April and return to the Mediterranean for regattas in Scarlino, Tuscany in May, Porto Cervo, Sardinia in June, and Valencia in July before concluding in Mallorca at Puerto Portals in September. 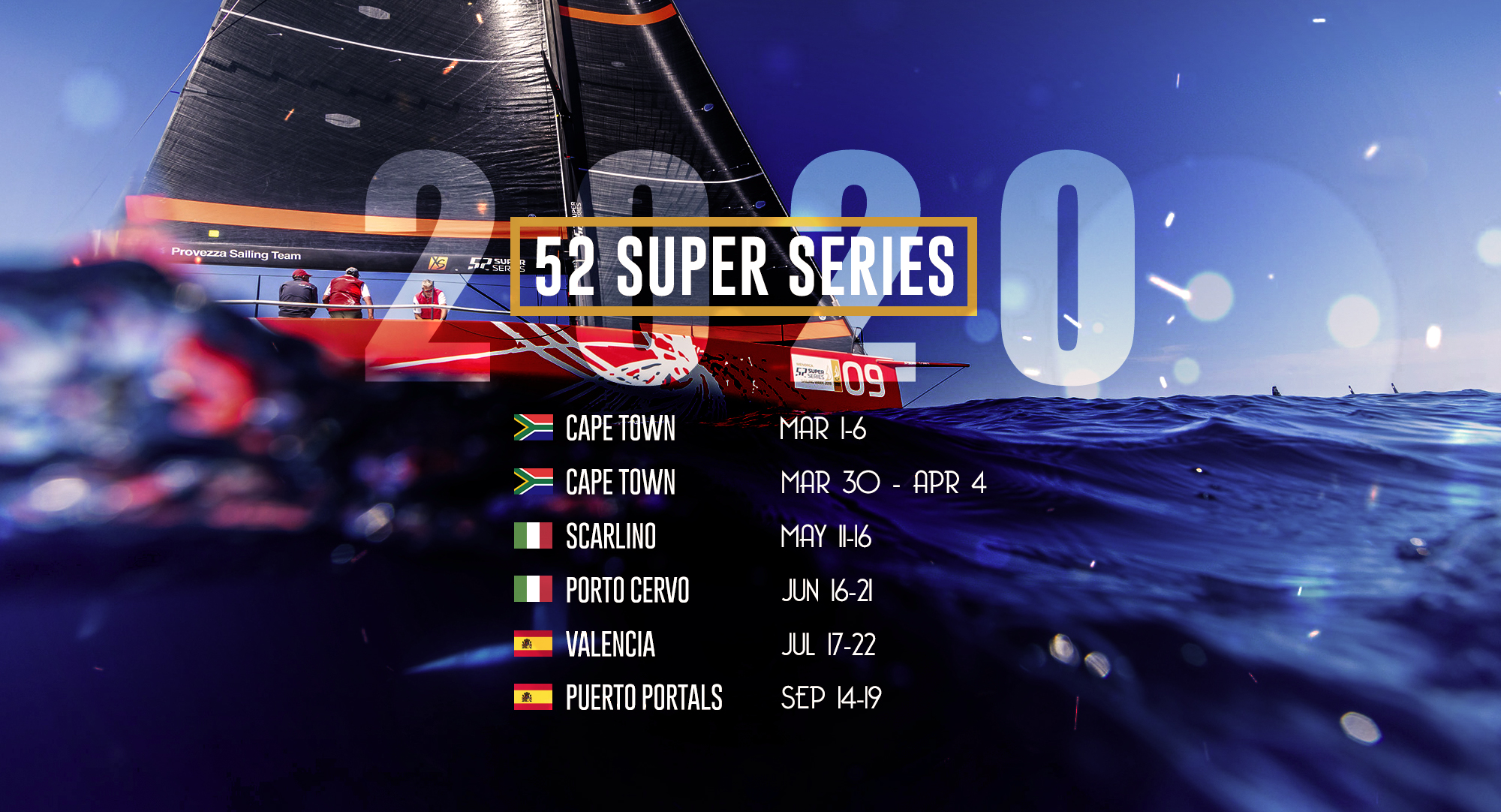 Reflecting a desire to offer owners and teams the opportunity to experience new and different racing waters together and to broaden the horizons of the world’s leading grand prix monohull circuit, the 52 SUPER SERIES will race two regattas on the iconic waters of Cape Town, South Africa next year.

It will be the first time that the circuit has hosted regattas in the Southern Hemisphere and already there is considerable excitement and anticipation among the fleet. The move has been under discussion for some months, but following a recent venue visit, the green light was given and planning is already under way for the two regattas, which will take place one month apart, the first from 1st to 6th March and the second event from 30th March to 4th April 2020.

The fleet will be based at the historic V&A Waterfront where sailing fans will be able to enjoy their first glimpse of the TP52 fleet including the home South-African-flagged Phoenix teams of Hasso and Tina Plattner. Competing owners and crews will be able to take advantage of the excellent local infrastructure.

“Cape Town has always been a must-visit destination for sailors and an iconic place for racing. It has been a fixed stopover on some of the most prestigious ocean races over the years, but in 2020 represents a great opportunity as there are no major ocean race stops planned for the foreseeable future, so we will be warmly welcomed by what we know is a passionate community that has a long history in sailing,” explains Agustín Zulueta, CEO of the 52 SUPER SERIES. “As a circuit it is important to travel periodically in order to enhance our identity as a truly international series. We have been to the USA three times and it is now a great time to explore the Southern Hemisphere together and to allow the spotlight to fall on their wonderful city and iconic racing waters with the backdrop of Table Mountain. An important factor is that we are being supported by local TP52 owners as well as well-known local organisers such as Worldsport.”

On his return from Cape Town, Zulueta said:

“During our site check visit this month we have also noticed the big enthusiasm of the local authorities and the full support of the V&A Waterfront. The general strategy of the 52 SUPER SERIES and the TP52 class is to open up the calendar, not only spreading the span of the dates but also geographically and to try to deliver new challenges to the owners and crews.

Overall 2020 looks very exciting – a great mix of established favourites, and the chance for us all to enjoy the new experiences that Cape Town will offer. It will be a long, testing season, but with August off to recover and regroup, I am very pleased with the schedule and venues,” Zulueta concludes. 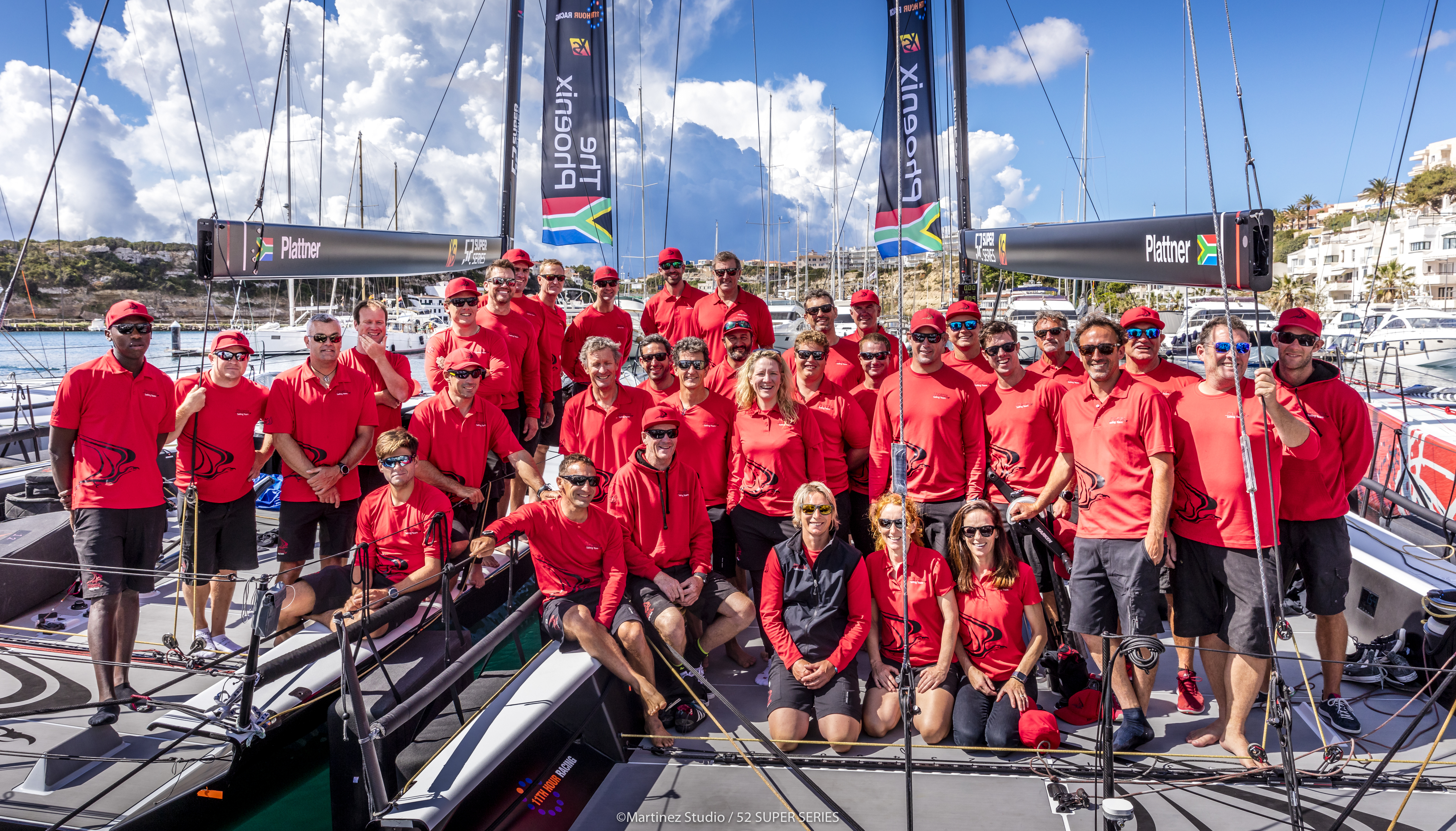 Kristina Plattner, owner-driver of The Phoenix, is delighted that the circuit will now race on the home waters where she and many of her crew are based, many of whom are veterans of the proud and emblematic Shosholoza 32nd America’s Cup campaign, which made friends and fans all around the world.

“Locals sailors and 52 SUPER SERIES followers will be ecstatic to have the fleet come to Cape Town,” she commented. “Lots of people in South Africa, and Cape Town especially, follow our events on the tracker and the live stream, so to have this on their door step I am sure will be very exciting, especially for young and aspiring sailors who will be looking forward to having this calibre of fleet and all its sailors in town. I am sure it will be a lasting inspiration to them. I hope all the sailors and owners in the 52 SUPER SERIES fleet will feel welcome in Cape Town and enjoy sailing under Table Mountain.”

Speaking of the likely conditions Plattner, who races and trains with some of her crew on the local Cape 31 one design keelboats to hone their 52 SUPER SERIES skills, says:

“March is the back end of the windy season so hopefully we will see a lot of south westerly, which usually settles somewhere between 10-16 knots. There will probably still be some of the summer south-easterly around, which means windier days followed by relatively light days.”

“Two events in Cape Town next year, so close to the 20th anniversary of the TP52 Class I hope will help to create the energy we need to add another 20 years to the remarkable life of the class so far. I feel that the future of the class can only be secured and built upon by increasing our international presence. With our current owners coming from all around the sailing world, and the TP52 very sought after on the second hand market in every corner of the globe for winning races under every rating system thrown at the boats, I feel the 52 SUPER SERIES, within reason of scheduling and costs, should travel to be seen, and more importantly, to be enjoyed by those who own and sail the boats whilst experiencing the top sailing locations in the world.”

Please note: some European venues and dates are provisional.