Winning both Quantum Key West in January and the US 52 Championship which finished last weekend in Miami, Quantum Racing now head back to Europe for May’s start to the Barclay’s 52 SUPER SERIES as overall US 52 SUPER SERIES champions. 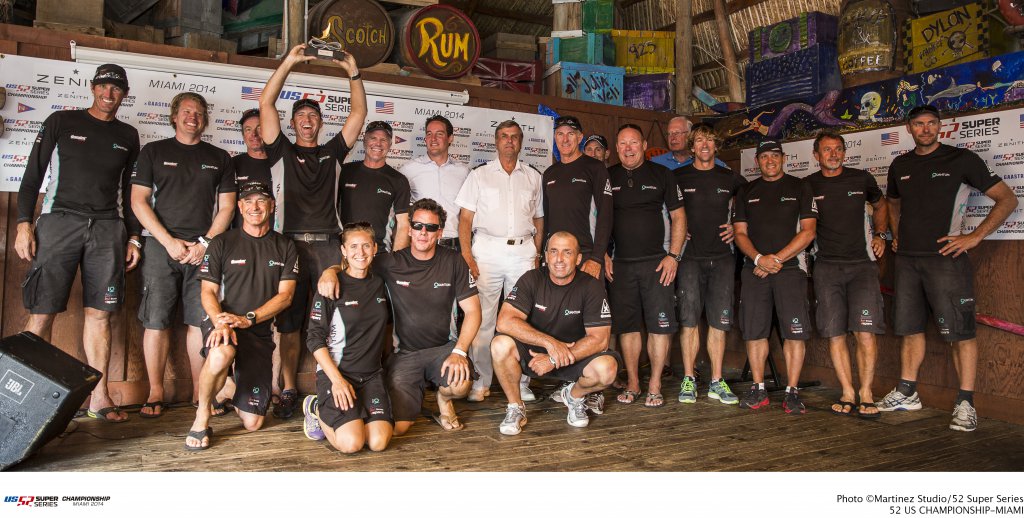 The American team which is skippered by Ed Baird (USA) won the two regatta series by 14 points ahead of the emblematic Azzurra crew from the Yacht Club Costa Smeralda with Austin and Gwen Fragomen’s Interlodge in third completing the US 52 SUPER SERIES podium, only one point ahead of Niklas Zennströn’s Rán Racing in fourth. 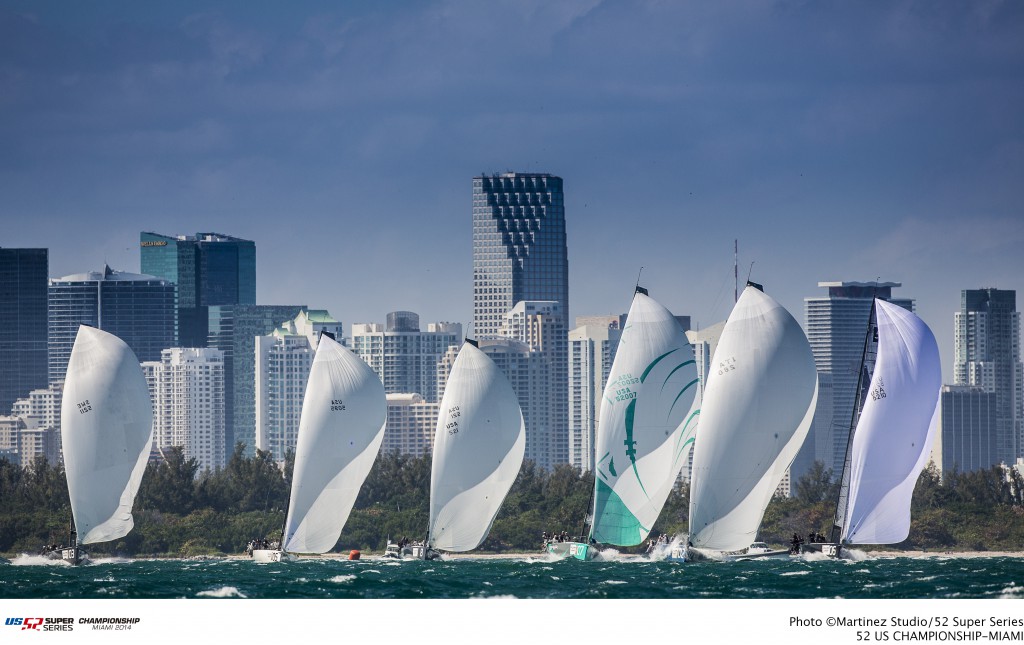 Whilst the Key West regatta was a hard fought affair, most skippers and crews agreed that Miami represented a new level for the 52 SUPER SERIES events thanks to the combination of difficult, challenging winds and the strength in depth of the competition.

In Key West owner Doug DeVos steered his team to victory whilst in Miami it was America’s Cup winners and past Match Racing World Champion Ed Baird who was on the helm of Quantum Racing.
Both events delivered a very broad range of weather conditions, from squally rain showers and big gusts in Key West – as well as typically picture postcard moderate breezes and sunshine – to a memorable three race day in boisterous 22-30kts conditions in Miami. Hence the final hierarchy ranking after the two events can be considered very representative.

Personally it is was so nice for us as a team to win the US 52 SUPER SERIES. It is as near to a ‘home game’ as we see. It was absolutely perfect from the Quantum Racing standpoint. Miami, our crew agreed, was the best they have ever sailed. There was not an incredibly dominant performance it was very close all the time.

The boat was always fast in Miami in all conditions there. We did not sail perfectly tactically, no one did and no one really could, it is that type of venue. It was about minimising risks and we did well. I have never seen our team so pumped up about winning a regatta, that reflects how hard it was and how well they sailed.

In Key West it was great to win with and for Doug DeVos. Last year the regatta slipped away from us, but the focus and commitment this year was extraordinary. No one we know puts more into the sport and enjoys it more than Doug and so we were delighted to win. 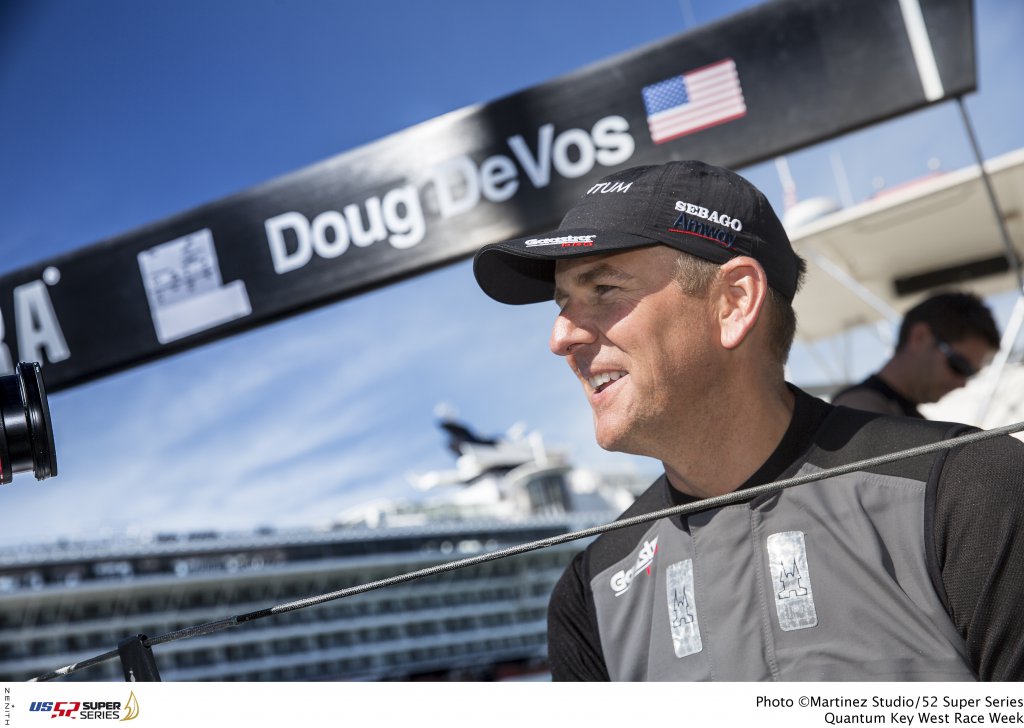 Last Sunday evening may have been a time for celebration but the mark of champions is that the full team were out sailing on Monday and Tuesday on the Miami waters this week learning the new sail configuration – a longer prod (bowsprit) and bigger gennaker – prior to the boat being shipped to Europe.

We learned a lot and collected a lot of data but make no mistake there are no ‘givens’ when we look ahead to Capri. We have to go back and look at the data and see what we learned but we might expect to be back in the pack in Italy. There is always a lot of work to do.
Concluded Reynolds