(Friday 19th July, Cascais) – Quantum Racing go into the final day of the Cascais 52 SUPER SERIES Sailing Week with a five-point lead over Azzurra and so sit on the threshold of their first major regatta title since victory in Puerto Portals in late August last year.

🎥 Day 4 – Cascais 52 SUPER SERIES Sailing WeekIt took nearly three and a half hours to get a race away… but it was well worth the wait! READ MORE – http://bit.ly/2Z2sWL5

After a hard-earned third today, when the course area was moved inshore and east where the much lighter NW’ly breeze proved super-shifty, Quantum Racing need to keep up the same level of consistency through Saturday’s two showdown races. An unexpected interlude of lighter breeze prevailed today – the wind range during the one race achieved today was between 6 and 20 knots – but the Saturday finale should see a return to classic Cascais, 18-20 knots and a return back out to the open sea course.

As the new line up settles in to functioning at its optimum level the 2018 champions have had a tough couple of regattas, but here they have sailed here with a higher level of confidence.

While they now look odds on to repeat the success they had here last year, winning the Rolex TP52 World Championship on these Portuguese waters, tactician Cameron Appleton plays down the prospect of the regatta win. As ever their primary focus in on defending their overall 2018 circuit title.

“We have to keep executing, to keep pushing hard and keep doing what we are doing well. But we are just looking at the season. The main thing right now is to be chipping away point by point at Azzurra’s lead on the circuit,” emphasises Appleton who has visibly been more confident and relaxed around Cascais, a venue that he knows well having had enjoyed many other successes in different classes here.

When the fleet went out to the race course there was a steady 30kts blowing at the windward mark. The race area was moved to the inshore, easterly option where the wind promptly died. It took almost three and a half hours of waiting around for a decent, settled breeze to return.

When it did, the course proved very challenging with a much more pronounced difference between the wind offshore and close to the land. Bronenosec – third overall going into today – and Provezza both went right, inshore and paid a heavy price. Andy Horton and Kelvin Harrap did the best job of reading the first upwind to guide Andy Soriano’s Alegre to first around the weather mark after a very close cross with Azzurra. Alegre gybe set and that gave them enough breathing space to ensure that Soriano’s crew earned their first win of the regatta.

“It was a nice win. We had a good battle with Azzurra. It was good fun. It feels good to get a race win in the heavier stuff too in which we did well here last year but that has eluded us so far. I guess we have not been sailing as well as we should be,” said owner-driver Soriano. 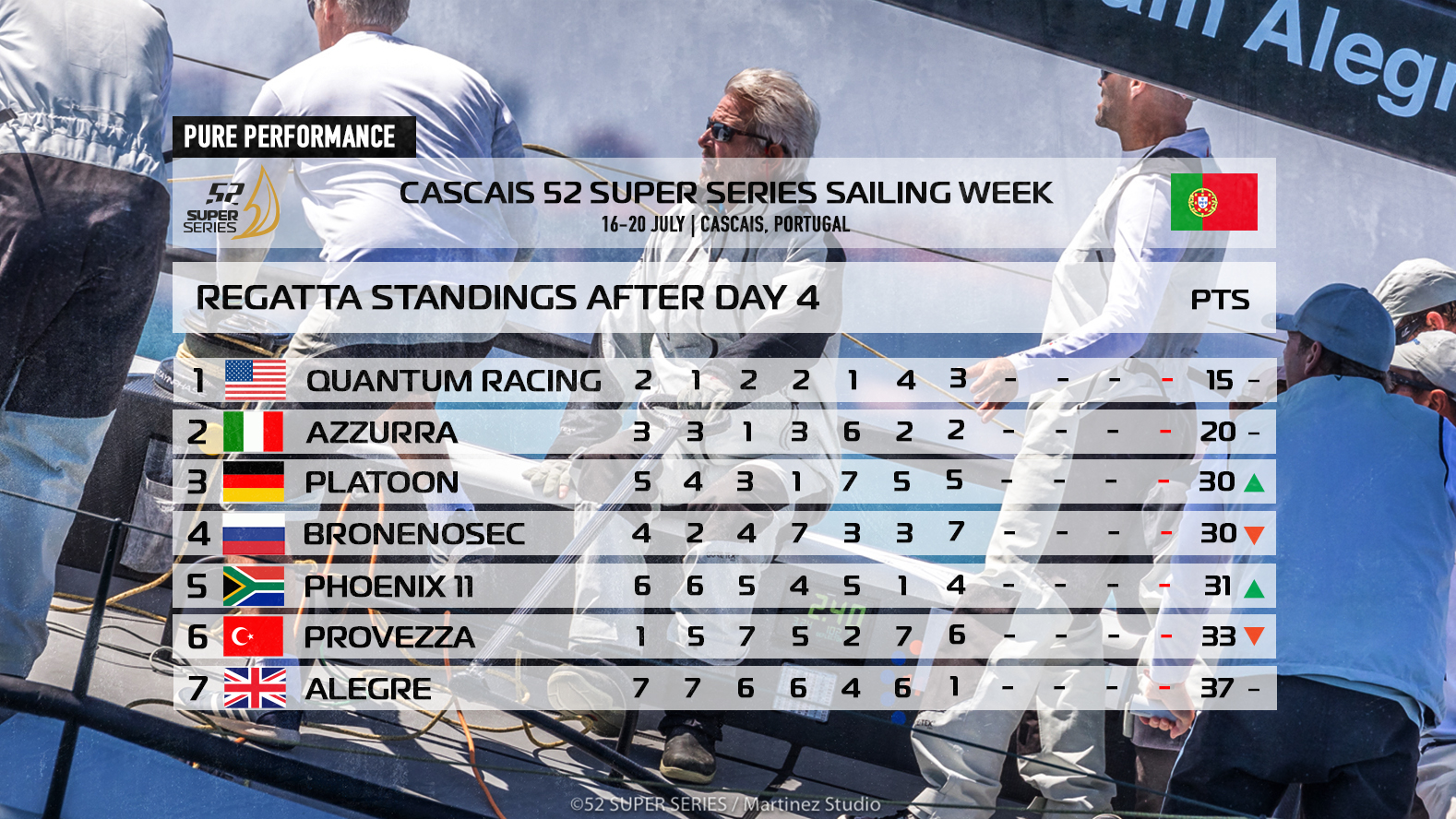