Home favourites Azzurra will welcome the return of Francesco Bruni to their crew line up as they seek to halt Quantum Racing’s unbroken run of 52 SUPER SERIES trophy regatta wins at the season finale off Porto Cervo, Sardinia, the Audi Settimana delle Bocche (The Week of the Straits). 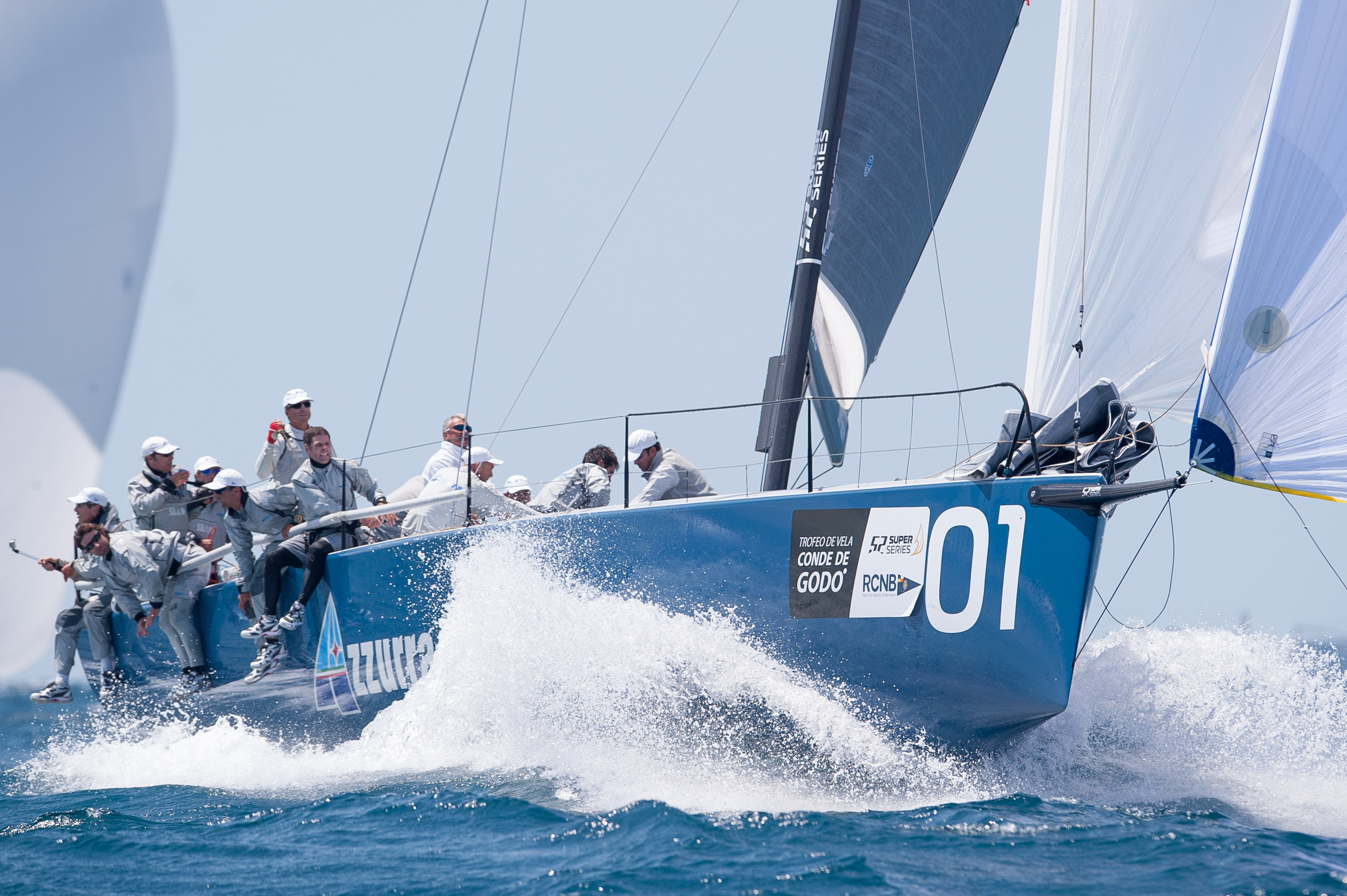 It will be a big week for the Azzurra team.

The 2012 52 SUPER SERIES champions will be centre stage in the Yacht Club Costa Smeralda’s celebrations of 30 years since the first Azzurra crew went to compete at the America’s Cup. The crew which is lead by skipper Guillermo Parada (ARG) on the Roemmers family TP52 are keen to finish the 2013 52 SUPER SERIES with a trophy regatta victory.

In the overall 52 SUPER SERIES, which consists of the four European regattas -Barcelona, Ibiza, Palma and Costa Smeralda – Doug deVos’ Ed Baird skippered Quantum Racing (USA) have built themselves a comfortable overall lead of 34 points, whilst Azzurra actually have a job on their hands to hold on to second place overall, starting in Sardinia with only half a point of margin of Niklas Zennström’s Rán Racing (SWE). 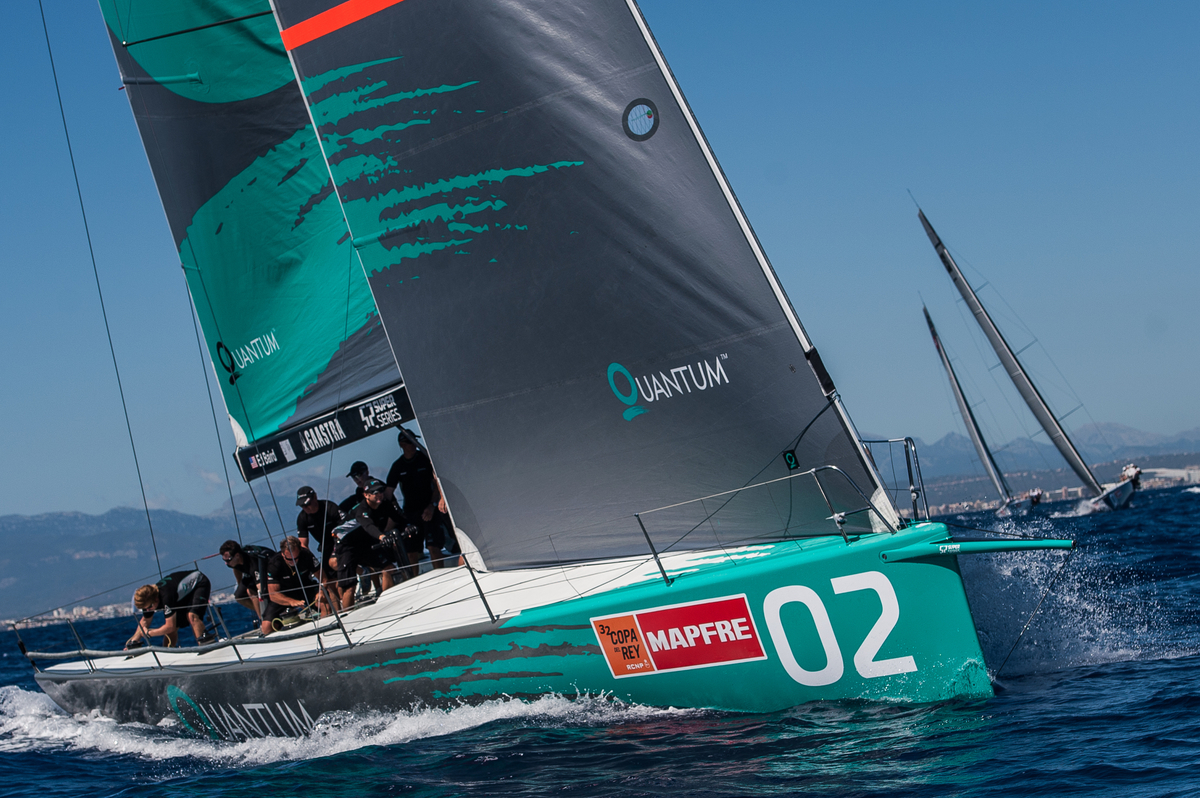 Quantum Racing, winners of the MedCup title in 2008, are looking towards an unprecedented clean sweep. Tactician Terry Hutchinson believes that their best chance of closing out the season long 52 SUPER SERIES title will be to race to win the regatta:

We know the best way to race is to sail to win the regatta and if we can do that then the season championship will look after itself.
Terry Hutchinson, Quantum Racing

We are just looking to keep it rolling in Porto Cervo. We did some really good work in Palma, winning the Copa del Rey, managing to extend our lead at the top of the 52 SUPER SERIES leaderboard. We plan to come out in Sardinia and apply the same things over the last ten races of the season that we did in the first ten. We aim to take all the opportunities that come our way, to sail aggressively and to sail smart.
Terry Hutchinson, Quantum Racing

Quantum Racing make one change in their team as Ian Moore (GBR/IRL) steps in as navigator for the final regatta. Juan Vila has an America’s Cup commitment in San Francisco. Ian Moore sailed on the 2008 Med Cup title winning crew and again for part of the 2009 season after he finished his Volvo Ocean Race commitments.

And while Quantum Racing is in the driving seat for the overall title, Tony Langley’s Gladiator is well set to take fourth overall but there is an exciting tussle for fifth set to play out with the USA’s Rio, fifth, and Interlodge, sixth, are only half a point apart, and in seventh Turkey’s Provezza are only one point further back.

Azzurra come back to home waters with tactician Vasco Vascotto, fresh from winning the Farr 40 World Championship, reinstating his partnership with compatriot Bruni who has completed his America’s Cup sailing.

We need to improve in some areas compared to the Copa del Rey. [Skipper Parada volunteers] We need to at least start better and then improve our boat speed a little bit in order to be in the top group at the top mark to have something to build on.

Our chances to win the 52 SUPER SERIES season are slim and so we need sail smart and so our main objective has to be to make sure we finish second and then also have a good regatta on our home waters here in Porto Cervo.
Guillermo Parada, Azzurra

Asked if he feels any additional pressure as they reach the season’s final regatta without an event win in Europe to their credit.

I always say that pressure is what people who are working long hours in the factories must feel, that is a constant pressure. There is no pressure for us. We are very lucky and proud to have this opportunity that the Roemmers family give to us to be in a very competitive boat and also it is an honour to represent Azzurra on this historic occasion, in home waters. It is a great opportunity to show our skills and to do what we love.

We regard both Francesco and Tomislav Basic as important members of our team. We are looking to prepare well and get a good finish and to start our preparations for next season.
Guillermo Parada, Azzurra

Nine boats will compete including Michele Galli’s Italian 52 B2. The former Cam which is a near sistership to the Botin Carkeek designed Emirates Team New Zealand which is expected to be very competitive. Flavio Favini is tactician with the owner steering. They won their IRC class at last month’s Copa del Rey and venture into the 52 SUPER SERIES for the first time.

Taking full advantage of the beautiful surroundings there are two Coastal Races scheduled for the 52’s. The regatta also features a Soto 40 class.

Share this article:
News Overview Mark Koetje - the man behind the scene The 52 SUPER SERIES Showdown, A Game of Two Halves?
Audi Week of the Straits Quantum Racing