In a light, fading NE mistral it was the team which won the world championships on these waters in 2011 Quantum Racing which opened the Audi Sardinia Cup with a win.

Ed Baird had the champions start sweetly compared with their rivals. Audi Azzurra Sailing Team carrying home hopes were second behind Quantum at the first mark but fell to Gladiator on the first downwind. Tony Langley’s team sailed an assured race to take second. 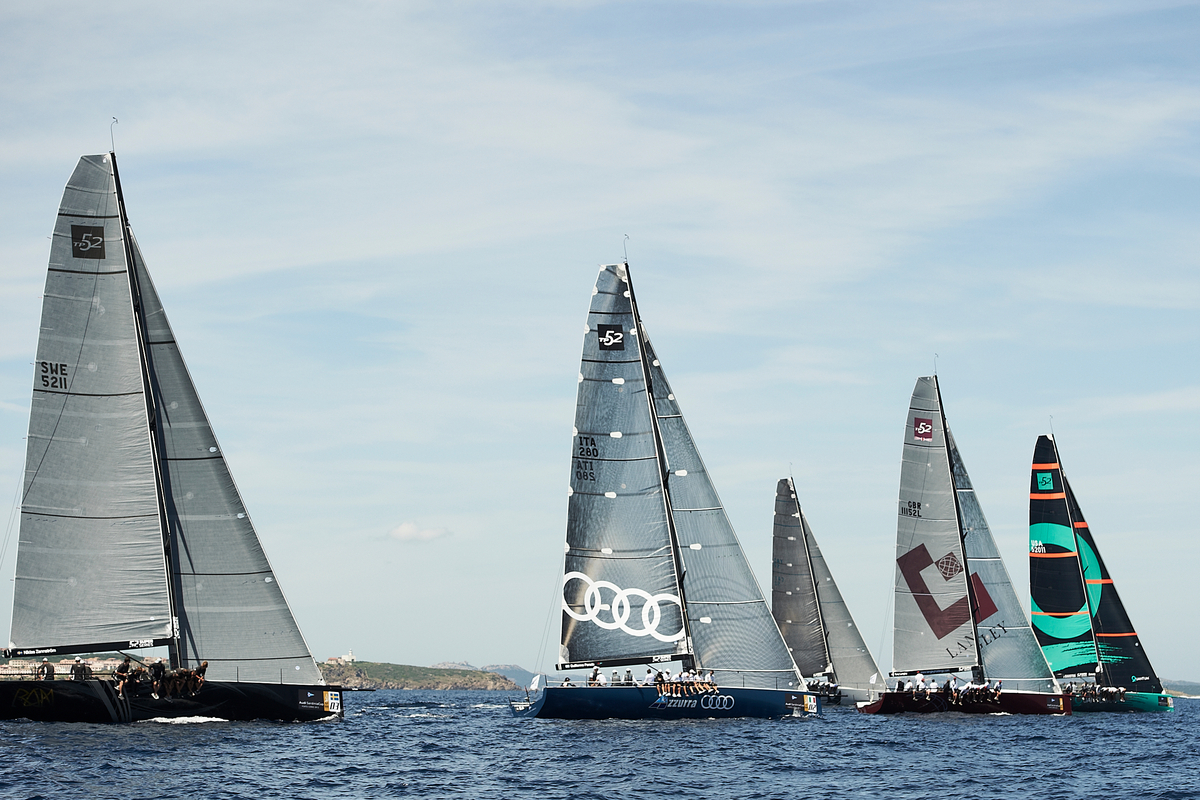 Rán Racing were slow off the start line and finished fourth on the tail of Azzurra. Peter cunningham’s PowerPlay showed well in the early stages but struggled slightly as the breeze eased away, finishing just ahead of Paprec, fellow debutants on the 52 SuperSeries.

Quantum Racing’s Ed Reynolds;” Nothing is to rumour, nothing is to opinion, virtually everything that takes place is done with data….”