Peters & May joins the 52 SUPER SERIES as official supplier

VALENCIA. (20th July 2014) – The 52 SUPER SERIES and Peters & May have reached an agreement for the shipping and logistics company to become an official service provider for the circuit. The initiative was concluded last week and will span the 2015 and 2016 seasons when the circuit is widely expected to make significant steps forwards.

Peters & May is a global leader in the world of shipping and logistics and their support will help the 52 SUPER SERIES improve efficiencies and help the circuit maximise growth and satisfaction among owners and crews. The agreement is considered to be mutually beneficial. 52 SUPER SERIES teams will be able to move their boats and containers around the Mediterranean more efficiently and faster thanks to the logistical support of the international company.

For the company this agreement enhances their reputation as a world leader in the transport of racing boats.

The CEO of Peters & May, Dave Holley, commented on the sponsorship agreement:

We are delighted to have been made an official sponsor for the 52 SUPER SERIES for the next two seasons (2015 & 2016), and to be part of such a prestigious international series. We have a great team here in the UK and in Spain who are totally dedicated to giving the best possible service throughout this campaign
Dave Holley, CEO of Peters & May

Agustín Zulueta, CEO of the SUPER SERIES, believes that the signing of this agreement is extremely beneficial to the Circuit:

We are convinced that Peters & May is the partner we needed to ensure that international growth that is set to continue in 2015 and 2016 is a total success in terms of logistics. We will grow over these years and we need the experience of Peters & May for all the logistical challenges faced over the season and it should be a boon for team an boat owners who will be well served to focus on pure performance rather than logistics.
Agustín Zulueta, CEO of the SUPER SERIES

Peters & May is the perfect partner. We are delighted their decision to come on board as official suppliers of logistics services. The two-year agreement is essential in the internationalization that is taking place in the 52 SUPER SERIES
Agustín Zulueta, CEO of the SUPER SERIES

Peters & May is the first choice of many of the world’s premier race teams, super-yachts and manufacturers, in addition to individual boat owners, providing solutions that can be tailored to any logistical challenge, the company is able to cater for any vessel, large or small.

The focus of any Peters & May solution is flexibility and expertise throughout the management of the entire project. Being an independent service provider means we can source the best route, through the best carrier, for the best price.

Our global network of offices has expanded over the past few years, with P & M Spain opening a further office in Palma in order to strengthen our presence in this market. Through these established offices we are able to provide the local knowledge specific to each market. 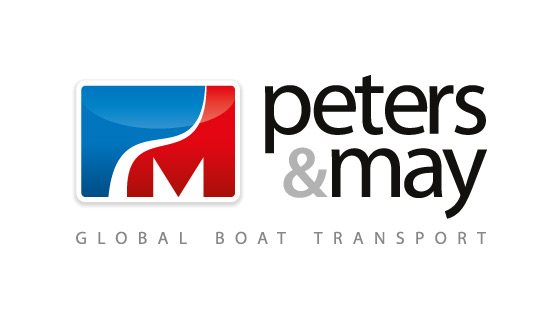 About the 52 SUPER SERIES

The 52 SUPER SERIES Continues to Represent the very top level of grand prix racing monohull in real time Whilst embracing the freedom to make design and technology choices. The circuit has continued to thrive since it was set-up in 2012 by a group of passionate TP52 owners who shared the vision and drive to Maintain a top level arena for the fast, lightweight Pure performance boats.

The 52 SUPER SERIES encompasses two circuits of linked events in the USA starting out early season followed by an intense four regattas series in beautiful European venues between May and September.

When the 52 SUPER SERIES started out it represented an initiative designed to keep the momentum and the exciting development of the class going. In fact it has positively prospered. At the same time as the competition platform Remains true to the owners’ shared will to race in desirable locations is the 52 SUPER SERIES develop developing a commercial focus, opening up new avenues for key commercial partnerships to underpin the present high standards and secure the future.