Miami set to welcome US 52 SUPER SERIES’ strongest fleet yet

The strongest fleet of American 52’s yet assembled will compete at the second regatta of the two events which comprise the US 52 SUPER SERIES starting Wednesday off Miami’s famous South Beach next week. 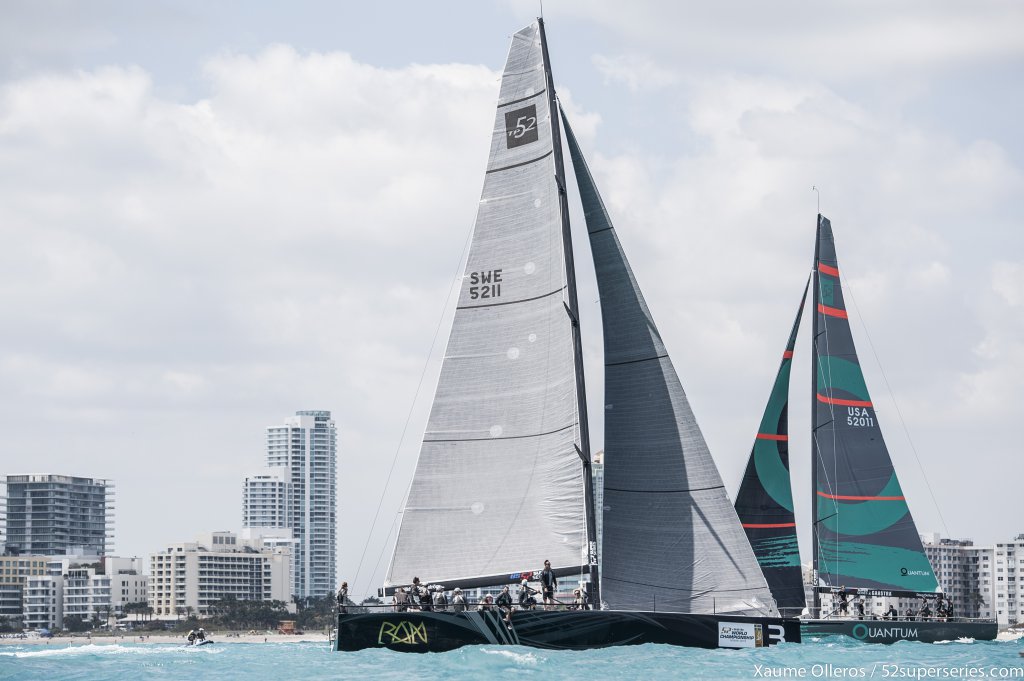 Five US registered 52’s are joined by two European boats, Niklas Zennström’s world champions Rán Racing and the Yacht Club Costa Smeralda’s Azzzurra, to form what is considered to be the most competitive fleet of modern TP52’s to race together in American waters.

Along with the six boats which opened their 52 SUPER SERIES season at Quantum Key West in January when owner Doug DeVos’ steered Quantum Racing to win overall, the highly optimised Vesper, with owner-skipper Jim Swartz on the helm and tactician Gavin Brady calling the shots, joins the competition and represents a very potent threat.

This proven versatility, being able to win in a wide variety of venues shows the depth of talent in this team.

Swartz commissioned a winter refit and Vesper will race in Miami optimised to the maximum allowance for the IRC platform permitted by 52 SUPER SERIES rules. This is expected to at least offset any disadvantage in being an older boat.

As a 2008 boat, she was in serious need of a refit and the team accomplished this over the winter at the world famous KKMI boatyard in San Francisco under the able guidance of Ken Keefe.
We totally enjoyed our time in Miami last year racing against the best of the best and look forward to more of the same this year.
Swartz

Brady is fired up and ready to getting out racing again with the Vesper crew in the warm Miami sunshine on a race track which offered no shortage of challenges last year, when Rán Racing clinched their world title on the last race.

We’re very much looking forward to getting the team back together, it’s been a long time but everyone is fired up to rejoin the 52’s here in Miami, there’s no better place to sail.

He confirms that Vesper will come to Europe for the first time:

After this event we’re planning on continuing with the 52’s in Capri, so this event will be important to help us learn about our competition.

Winners in Key West Quantum Racing will be sailing with their 52 SUPER SERIES winning line up with America’s Cup winning helm Ed Baird on the tiller. Unfortunately team owner Doug DeVos has a prior commitment but will steer again at the TP52 World Championships in Porto Cervo, Sardinia in June.

After the official practice race Tuesday, a full program of windward-leeward races is scheduled from Wednesday before Sunday’s prizegiving. The US 52 SUPER SERIES aggregates the regatta scores of Key West and Miami.

Live tracking and commentary is broadcast daily on wwww.52superseries.com

No Racing, Platoon Lead Into Final Day in Menorca

Platoon Pile On The Pressure

On Form Alegre Dominate in Menorca