When you talk about local heroes in Croatia, then Sime Fantela and Igor Marenic fit that description amply. Croatia’s first ever Olympic sailing gold medallists, the 470 Olympic champions of 2016, are predictably in high demand this week as the 52 SUPER SERIES starts in Sibenik.  Fantela, the winning helm who has moved now to the 49er skiff, is working with 52 SUPER SERIES champions Azzurra, and Marenic is with Sled.  The duo are from Zadar and have twice won the 470 world champions and three times the 470 European Championships.  Fantela explains the weather outlook for the coming days:

“I think there will be some rain Tuesday and Wednesday and then from Thursday onwards some fresh NW wind which is what we usually see after the rain. Normally we will see a sea breeze around 280 degrees to 285 degrees that is normal and now it is hot enough, maybe 12-18kts. It is summer temperatures. The weather is very, very similar here to Zadar (which is about 60kms up the coast). There have been a few dinghy events in Croatia (49er Worlds were held in Zadar in 2012) and in the 1990s the ACA Match Racing events attracted all the big names to Croatia and so this is a bit of a renaissance. This is big for the marina, the local area and for Croatian sailing. Local knowledge is not that important as the currents are not that strong. Igor is working for Sled, some of the good 49er guys are with Alegre.” 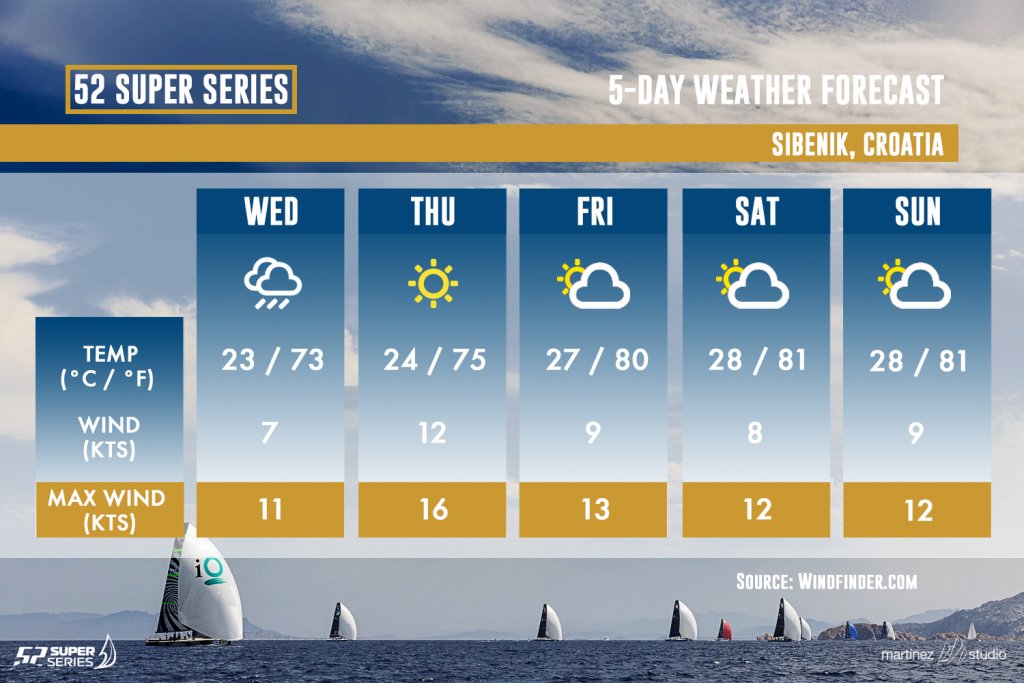