Today was the practice race day for the season finale of the 52 Super Series and the Soto 40 class. Teams woke to hot and hazy conditions in Valencia this morning but finally by late afternoon a light sea breeze broke through to allow one short practice race. 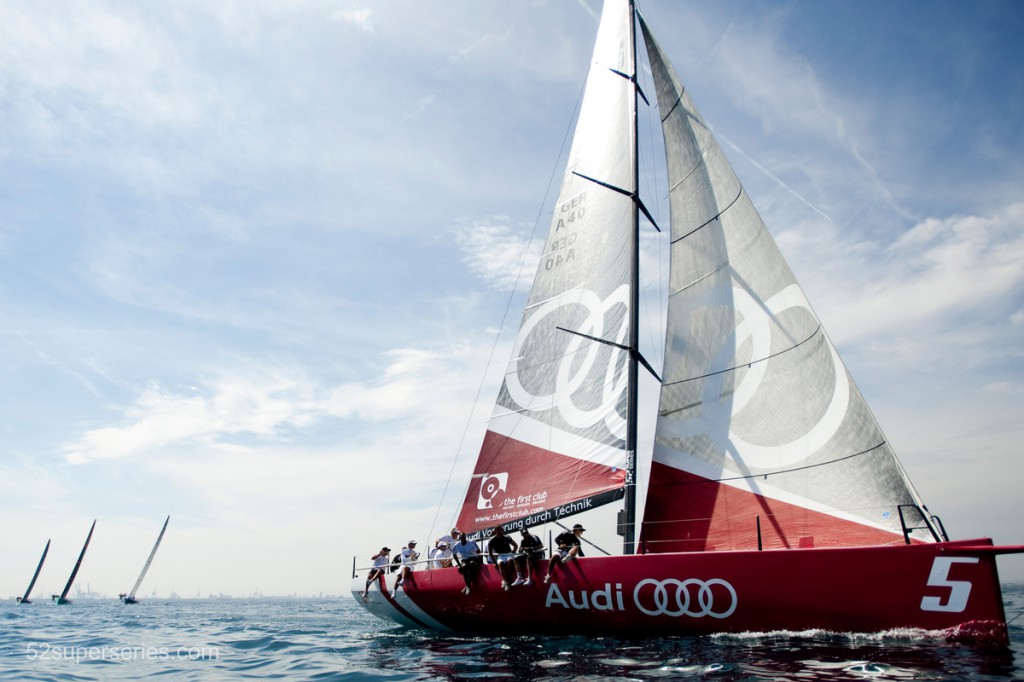 Quantum Racing won the opening salvo from Audi Azzurra Sailing Team chasing them all the way round the course. Audi All4One claimed the final podium spot.

The Audi Valencia Cup is the trophy that closes the 2012 season of the 52 Super Series, and will decide the champion of this new race circuit. Five teams, Audi Azzurra Sailing Team (ITA), Quantum Racing (USA), Ran Racing (SWE), Audi Sailing Team Powered by All4One (GER/FRA) and Gladiator (GBR) will vie for victory in seven races planned. The TP 52 class are the fastest sailboats in the world in coastal races for monohulls, and their crews are made up of some of the best sailors in the world.

The American team Quantum Racing and the Italian Audi Azzurra Sailing Team arrive separated by only 6 points in the overall standings after 22 races contested in the Trofeo Conde de Godo (Barcelona), the Audi Sardinia Cup (Porto Cervo) and the Royal Cup (Palma). However the season has seen all participants winning races, showing the high level of the fleet

The Soto 40 class commence racing on Wednesday to bring their European season to a close.

The forecast for Wednesday shows a change of direction to the NE/E and an increase in wind speed to around 10 – 15 knots.