Laid back, free-spirited, artistic, quirky, and scenic – Key West is one of the most unique places in the United States. Known for its live-and-let-live attitude, tropical climate, and seemingly continuous (very) happy hour, this tiny Florida Keys island has been welcoming visitors seeking a vacation from the normal for two centuries.

Since its earliest days, individuals have come here to fish, write, carouse, and rejuvenate. From the famous, including Ernest Hemingway, John J Audubon, and Tennessee Williams, to infamous – Key West has always been a place where you can be yourself, find yourself, or re-invent yourself.

A sense of independence and autonomy is deeply important to the people of the Florida Keys. In 1982, the United States of America set up a border patrol blockade in an attempt to control drug movement in the US. A mini-rebellion was ignited, and The Conch Republic was established by secession of the Florida Keys from the United States of America on April 23, 1982 – a day that is celebrated annually at the Conch Republic Independence Celebration.

We want to make the most out of the visit, so here’s a short list of events, restaurants, things to do, and other notable quirks that might be of interest to you. 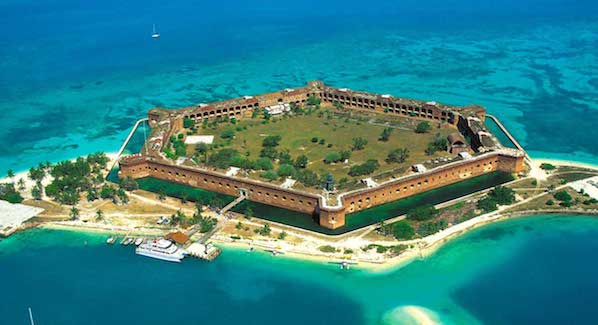 Key West is surrounded by a warm, calm, clear, aqua-blue ocean brimming with sea life and beauty. There’s something to appeal to any taste. You could snorkel the world’s third-largest living coral reef, sail in the warm sunset, jet ski around the island, or visit the true southernmost point of the Florida Keys (Dry Tortugas) and clap eyes on Fort Jefferson, a mammoth sized civil war era brick fort that once guarded the Gulf of Mexico.

Map of the Florida Keys

Did you know that the Florida Keys is comprised of over 1500 islands.

Yeah – think about that. The natural wildlife, the secret beaches, the hidden coves, the quirky adventures!

You could hire a car, or a bike, or swim, fly or sail.

Islands of note include Key Largo, close to the mainland and somewhat of a diving hotspot; Islamorada, a chain of islands and “sports fishing capital of the world”; Marathon, a quaint island city that offers up fantastic seafood restaurants; and Bahia Honda Key, part of the Middle Keys and perhaps the location of the Keys’ best beach – the Bahia Honda State Park. 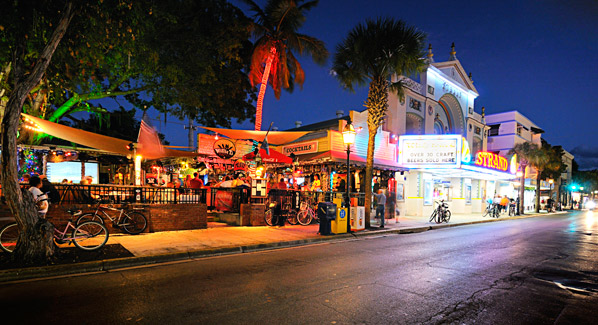 We’ve heard that if you can’t find a bar you like in Key West, you don’t like bars. Quite a statement of confidence, and now we see why.

The margarita. The Cuba libre (rum and coke). The pina colada. The daiquiri. The mojito. The rum runner. So many island drinks, such little time.

No need to list all of the bars on Duval Street, but Sloppy Joe’s, Hog’s Breath, Margaritaville, the Green Parrot – all of these bars have been voted to be among the best in the United States. 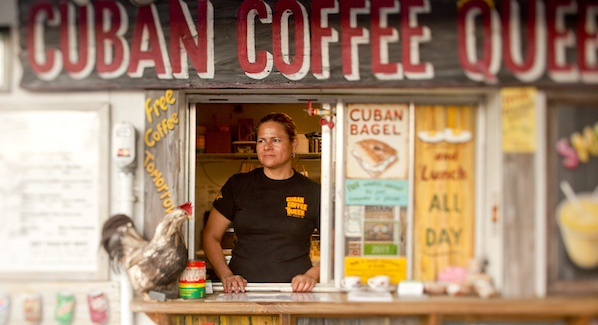 With Key West’s proximity to Cuba, it should come as no surprise that cafe con leche, the heady mix of espresso shots and piping hot milk hand-whipped into a froth, and its phalanx of accompaniments — buttery, crispy Cuban toast, thick Cuban sandwiches bursting with fatty ham, fried pork and more — have become deeply woven into the fabric of the area.

The lovely people at the Telegraph have put together a list of comfy Key West corners to curb your cuban coffee cravings. 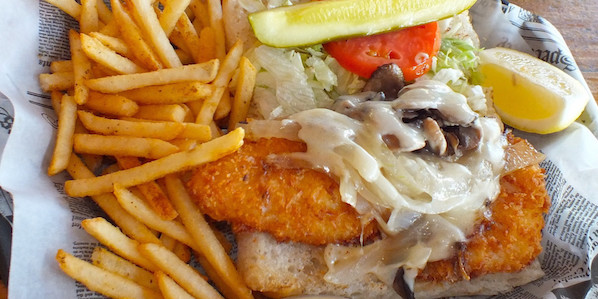 Stretching more than 100 miles into the open ocean, the Florida Keys can boast early settlers ranging from Bahamian fishermen to Cuban cigar makers and New England merchants. In such a rich melting pot, it’s natural that the indigenous cuisine came to incorporate diverse and delicious influences – with a reliance on an abundant array of fish and seafood harvested from surrounding waters.

Here are a few local specialities:

If that list got you going, here’s another one, with recommended eating spots from Chef Norman Van Aken: 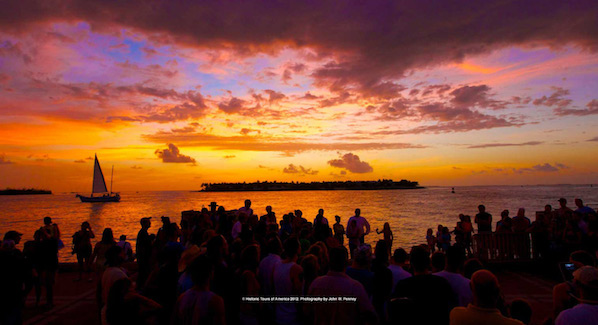 Few places in the world offer the sheer brilliance, the majesty, and the peacefulness of the Keys when it’s that special time for the sun to disappear below the horizon.

Sunset Celebration is a nightly arts festival at Mallory Square Dock in Key West, Florida. The participants of this Key West attraction consist of arts and crafts exhibitors, street performers, food carts, psychics and of course the thousands of tourists from around the world who visit this Key West art show. Each night around two hours before sunset masses of people, both locals and tourists alike, flock to the water’s edge to experience a multicultural happening and to watch the sun sink into the Gulf of Mexico.

There is no admission charge to the nightly celebration, but try to arrive thirty minutes prior to sunset (approximately 18:00-18:10 in January) to appreciate the full experience. 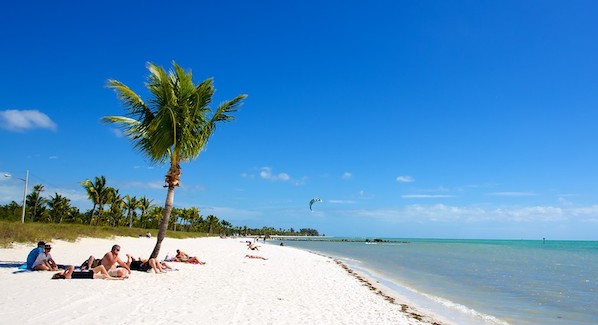 Whilst Key West and the Florida Keys aren’t KNOWN for their beaches (interesting fact: most of the Florida Key islands are coral islands), you can still find some nice ones. The best spots on Key West are Smathers Beach (South) and Fort Zachary Taylor State Park (West).

HERE‘s more info, and HERE‘s a leaflet. Sea you there!?!

Want to come and meet some of us? The Waterfront Brewery are kindly hosting post-racing drinks from 8pm every day. Mine’s a Cuba libre ;-)

What do you think? We’d love to get your feedback, and if you’ve got any other suggestions, send us a message on Facebook and we’ll add it to the list.