The 52 SUPER SERIES, the world’s leading performance monohull circuit, have appointed Swiss premium watch brand Zenith as Official Timekeeper following a new agreement which launches for the first regatta of the 2014 season, Quantum Key West which starts Monday. The initiative is set to span an initial three year period. 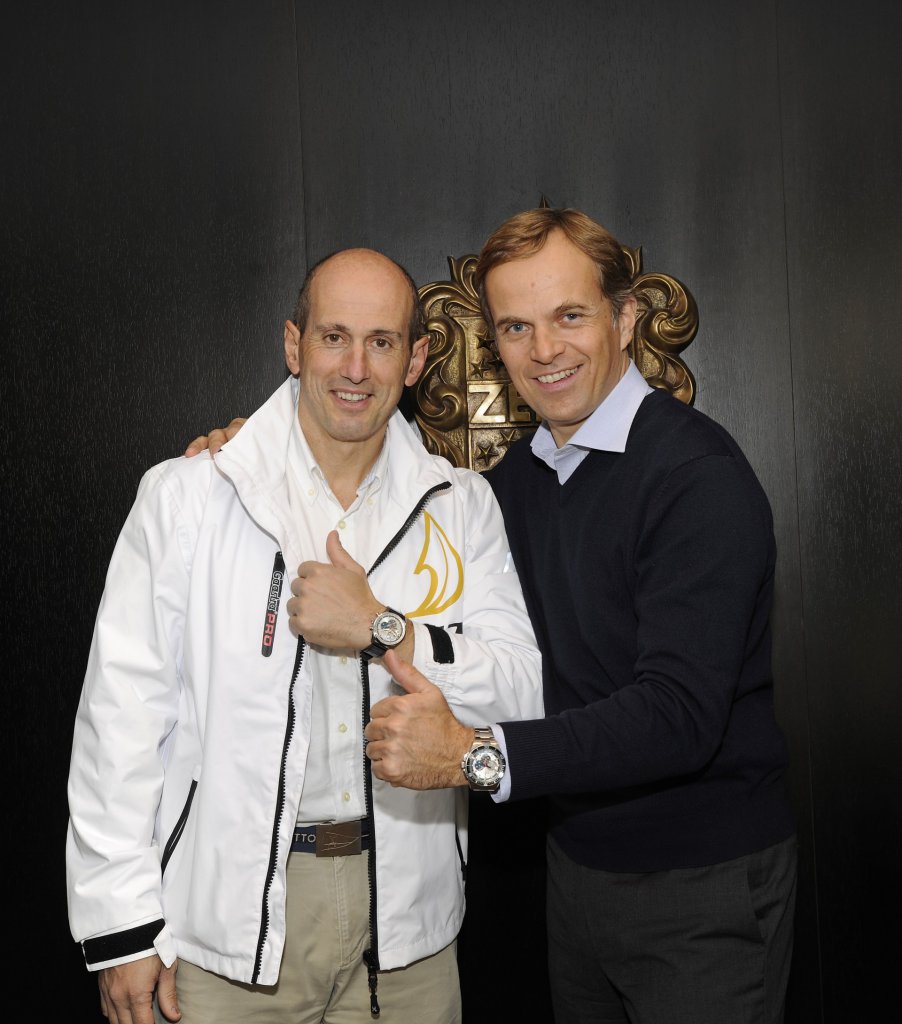 As official timekeeper for the 52 SUPER SERIES, Zenith is aligned with the grand prix circuit which sees racing in the USA, Italy and Spain this season, and which promises a solid international entry and great racing in 2014 and the prospect of future growth from 2015 going forwards into the future.

We are very excited to mark this first major commercial sponsorship agreement for the 52 SUPER SERIES, a big step in the right direction as we look to increase the external support and interest in the circuit by bringing on board premium brands like this.
52 SUPER SERIES CEO Agustin Zulueta

Commented the 52 SUPER SERIES CEO Agustin Zulueta during a visit to the Manufacture in Switzerland.

By associating with the 52 SUPER SERIES’ high-performance, high-precision regattas raced by exceptional sailors, Zenith can draw a parallel with its watches, a field in which its highly qualified watchmakers are driven by the same concern for performance and precision. Moreover, this new partnership is in complete harmony with the Zenith values of authenticity, daring and pleasure. Authenticity, through sharing a passion for excellence in the service of their art. Daring, thanks to design and technology.
Zenith’s President and CEO Jean-Frédéric Dufour

And of course, pleasure in terms of a sense of accomplishment and the satisfaction of having nothing to prove and yet equipping itself with the means to move consistently forward.
Zenith’s President and CEO Jean-Frédéric Dufour

Since its founding in Le Locle in 1865, the manufacturers Zenith has been constantly pushing the boundaries of precision – a quest notably expressed through the production from the early 20th century onwards of marine chronometers intended to facilitate navigation. Zenith marine chronometers were particularly appreciated because of their power-reserve indication, a definite asset in ensuring the continuous display of time.
Calibre 260 specially developed by Zenith in the 1930s to meet the needs of its merchant marine and navy clientele won more than 300 observatory prizes for its precision. The gimbal suspension of these marine chronometers enabled them to remain in the same position despite the ship’s pitching and rolling. It is this device that more recently inspired the creation of the Christophe Colomb mechanism and its gravity control system regarded as the ultimate evolution of the marine chronometer. It is this same quest for precision that led to the creation of the legendary El Primero calibre in 1969, beating at the exceptional frequency of 36,000 vibrations per hour.
Today, Zenith is not only acknowledged for the precision of its watches, but is above all the brand that holds the absolute record for chronometry awards with its 233 prizes in the pocket watch, onboard watch and wristwatch categories.

Share this article:
News Overview Teaser Video - Season 2014 Opportunities for all as the US 52 SUPER SERIES kicks off at Quantum Key West
52 SUPER SERIES