After a short delay to wait for the sea breeze to build Tony Langley and his crew stole victory on the final downwind, snatching their first race win of this Audi Sardinia Cup from under the noses of Audi Azzurra Sailing Team who had lead through the race. 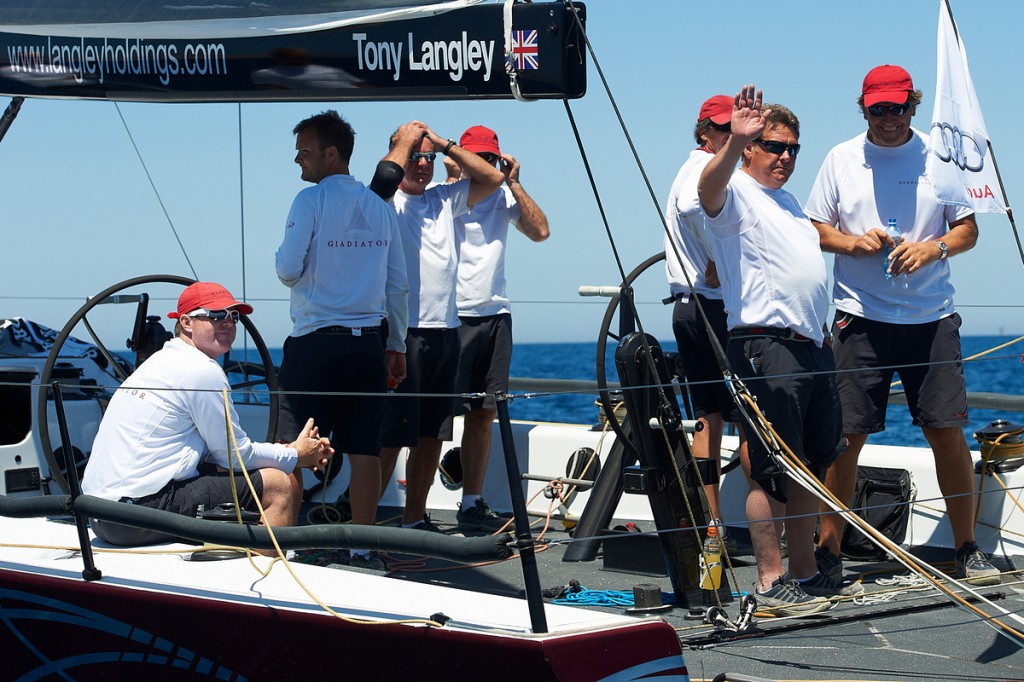 Audi Azzurra Sailing Team sailed smartly off the pin end of the start line and were able to round the first mark with a small lead over Quantum Racing. Gladiator had themselves a platform to build from when they rose to second on the first run.

On the final run tactician Chris Larson matched the shift again while  Azzurra stayed with Quantum, leaving Gladiator to first. Their win takes them to within one point of overall leaders Quantum Racing who finished third.