Defending champions Quantum Racing proved why they are the team to beat in the 52 Super Series after winning a dramatic opening day’s racing in the Royal Cup at Palma, Mallorca where costly crew errors proved just how close the competition is. 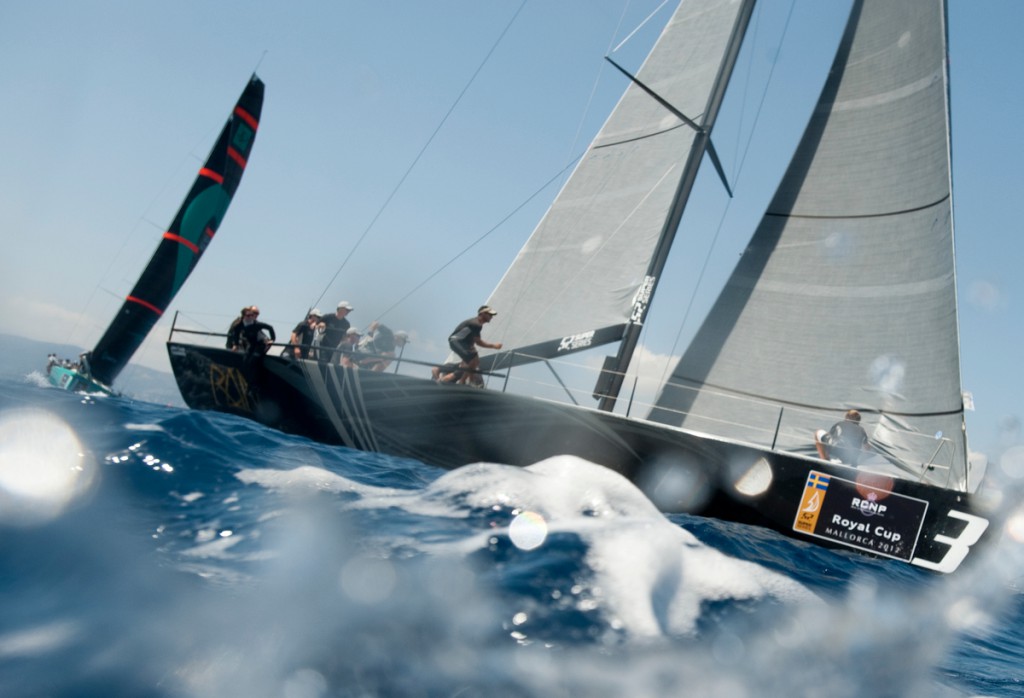 Quantum Racing claimed a commanding victory in the opening race and second place in race two to finish on three points on the first day of the four-day regatta to extend their overall lead in the 52 Super Series from three points to five.

Quantum skipper and double America’s Cup champion Ed Baird said it was a tough day’s racing that was packed with plenty of wind shifts that came out of no where and put his crew’s recent lessons to the test.

It was one of those races where the rich get richer, as soon as you were a little bit ahead everything became a little more obvious,

we worked awfully hard all of last year, and this year, at trying to improve every little thing.

It sounds so basic but the tacks, the gybes, they are better than they were three or four months ago. So are the starts, the straight line speed, the sails, the understanding of the mast and the communications, they’re all improving.
Ed Baird

It was a much tougher day’s racing for crews on board newcomer Provezza and British boat Gladiator, who suffered at the hands of errors that placed them second last and last respectively in race two.

Provezza struggled to come back after being recalled for jumping the start and Gladiator dropped from second to last when they lost their spinnaker overboard halfway through the race.

Gladiator skipper Tony Langley said his team’s severe penance for one error was a testament to the caliber of the class.

It was all in the drop, we lost the string-line system and that was it, he said. At this level you cannot afford to make any mistakes.

Day two of the Royal Cup, hosted by Real Club Náutico de Palma, starts at 1300 local, 1100 UTC. Early predictions have teams expecting between 12 and 18 knots from the south-southwest.