There has already been a one hour delay to the planned start of racing for Day 3 of the four day Conde de Godo regatta for the 52 SUPER SERIES as there is little wind on the race area off Barcelona.

In fact after the testing, physical conditions of yesterday, the extra time ashore to enjoy the surroundings of the RCNB, has probably been quite welcome by the crews of the seven 52’s.

Azzuurra, who won the first regatta if the season, Quantum Key West 2013 in the USA, retain a slender lead after yesterday. Just as it was back then, their lead is just one point over Quantum Racing and two points on Rán Racing. In theory up to four races might be sailed still here. 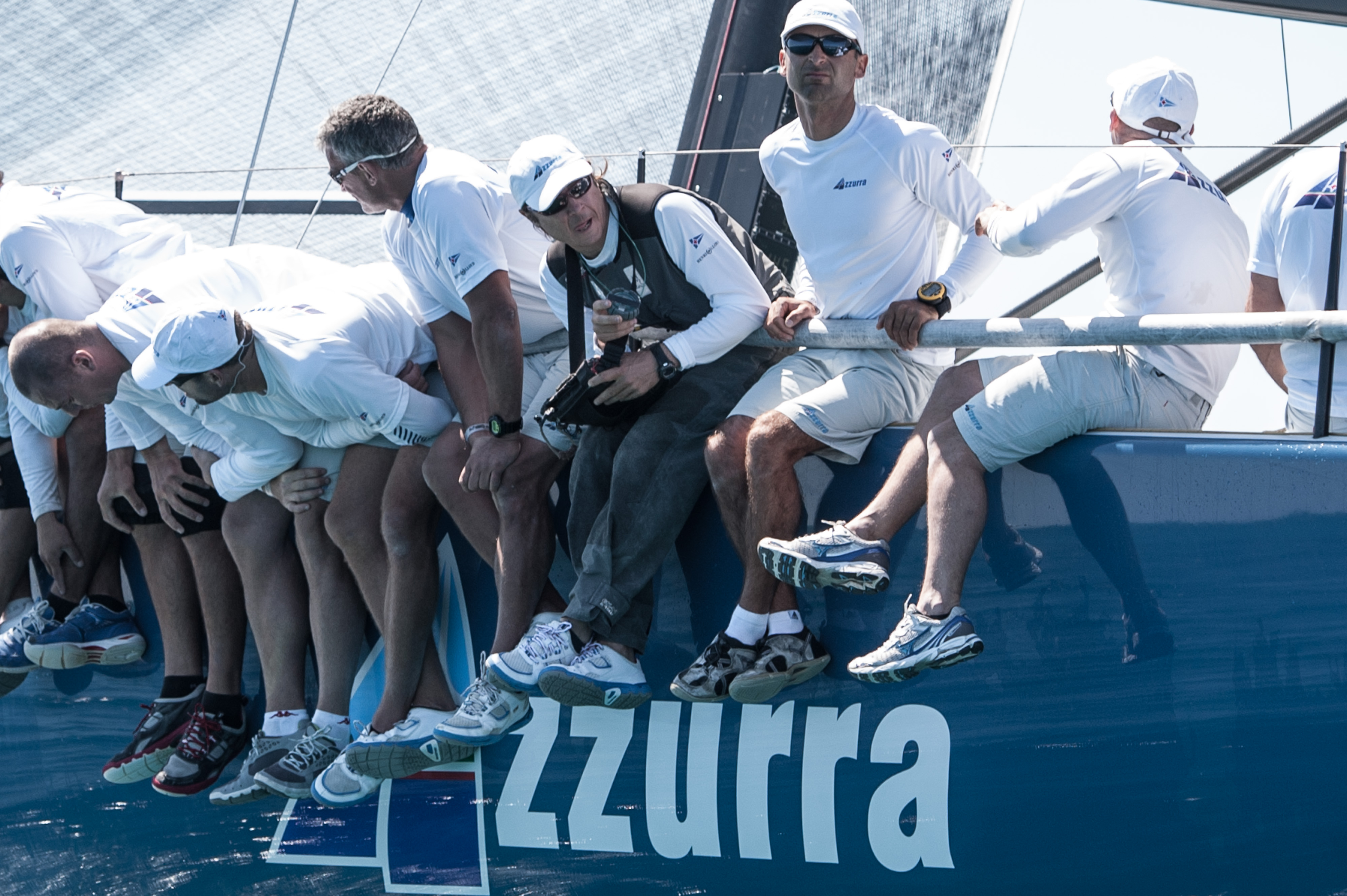 The weather pattern for the day is quite complex, as Bruno Zirilli, the navigator of the regatta leading Azzurra explains:

The weather today we have the chance of two different patterns. One is the Garbí the typical wind which is usually from 200-220 degrees typically and 15kts, the other is more from the left as some strange pattern is coming with some bad weather. So also that would be more at 160 degrees more like yesterday but in both cases around 15kts.

We had an issue with a winch in a crucial moment and lost one point yesterday. In the end we sailed well yesterday, it was not an easy day with strong winds and big waves, we are happy.
Bruno Zirilli, Azzurra