Brett Jones: “It looked like a mangled chorizo sausage”

Quantum trimmer Brett Jones thought the worst when he looked at his injured fingers and they appeared like a “mangled chorizo sausage” after being trapped under the override bar for more than 25 seconds during the Royal Cup. 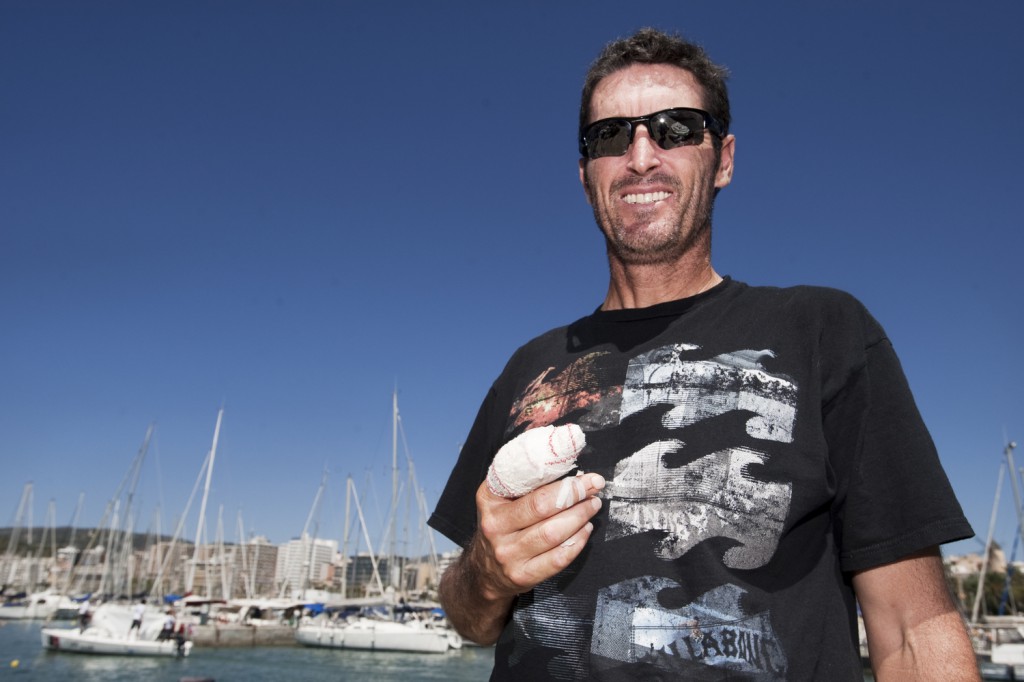 I was looking at my hand and my finger thinking ‘I’ve lost my work’.
You lose your hands, you’re done, that’s was the hardest thing.
Jones 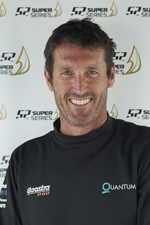 The Australian born sailor was evacuated from the yacht mid-race, onto the team’s rib and transferred to an awaiting ambulance. It was touch and go if he would lose a digit, but medical staff fought hard during four-hours of surgery.

Post-op he still wasn’t past the worst of it. The surgeon was only able to repair one of two veins that keep blood flowing to his right index finger, which were severed when the finger was crushed and rotated, causing a spiral fracture.

But, after a concoction of painkillers and antibiotics, plus several restless days in a hospital bed, Jones was out of the danger-zone. He’s on the mend, and hopes to be back racing with his world champion team at the Valencia Cup in September.

I’ll make a carbon sleeve to put over it, be the bionic man if need be, I’ll be back.
I have some physio work to do, so I’ll just do everything they ask of me.
Jones

As the career sailor assessed the fingers on his right and dominant hand, now with more than five stitches and a metal rod protruding from the index finger, he struggles to recall exactly what went wrong.

Jones admits he is a little squeamish when it comes to blood and gore, which could explain why he has only a vague recollection of July 12 when the injury happened.

The team were fighting hard to gain the lead on the approach to the windward mark when things went horribly wrong.

It’s all a bit of a blur.
I was changing the two sheets, the outboard sheet to the inboard, when the short sheet went into the cleat and slipped out or the cleat didn’t grab and dragged my hand into the override bar.

The whole hand got pulled through the override bar, the worst problem was I rolled my hand. My index finger got rolled and crushed from both sides.
Jones

Jones said it was excruciating – – the load of about 1,000 kilograms weighted on his hand was causing pain that was a good 10 out of 10. He was trapped and helpless for the entire offset leg, about 25 seconds, as his teammates struggled to free him.

I remember a couple of guys jumping on the clew trying to take the load.
I’m still playing it out in my mind; why it happened. It’s just a standard procedure for us, and it went wrong.
Jones

As Jones was rushed to hospital the Quantum team remarkably held on to finish in second place. It is this kind of professional performance that is now synonymous with the team.

Boys finished well, I was proud of them. They’re a great group of guys.
Everyone did a fantastic job, I have to thank everyone from the boat, the crew, the chase boat, the yacht club, the ambulance and the hospital, and it was fortunate.
Jones

Now, Jones is focused on recovering, from the comfort of his home in the US. It will take six months for a full recovery, he said, but his hand should be functional in the meantime.

I’ll be back in no time.
Jones