Gaastra Palma Vela regatta on the Bay of Palma proved a useful training and preparation event for two BARCLAYS 52 SUPER SERIES teams as they make ready to head to Capri, Italy for the first regatta of the four of this European season.

For Eduardo de Souza Ramos and his crew on the brand new Botin designed Phoenix – the first boat to be built to the 2015 TP52 rule – it was their maiden regatta outing, the first ever races for the boat which will represent Brasil for the first time on the circuit.

After a few days of sail testing in Valencia where the King Marine built TP52 was launched and a couple of days informal racing on the Bay, after three years away from competitive sailing it was an exciting and very pleasing time for the owner to be on the helm and take the first start gun on Friday. 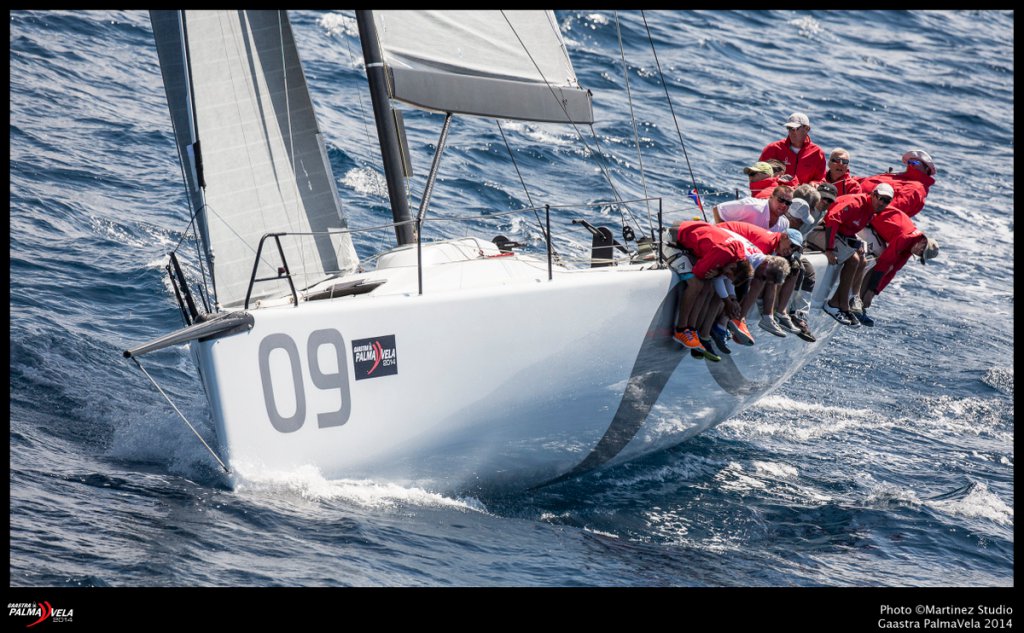 Ergin Imre’s Provezza sailed against Phoenix informally before the regatta started and also used the three days of racing to ensure the team which flies the Turkish flag will be in the best possible shape for when the Barclay’s 52 SUPER SERIES starts on May 20th in Capri. Provezza has a new Future Fibres rig and some new crew on board. 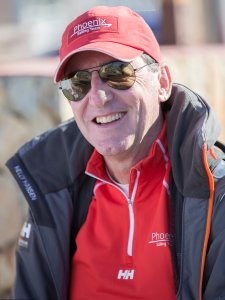 It was very good in the first race for the boat. We were lucky to make a good start and we were trying to cover Provezza a bit from the beginning, but they made some mistakes on the downwind with the manoeuvres and that gave us some distance but it was a very nice race indeed. It was great for me to be racing because I have been out of sailing for almost three years and it was a very important day for myself. It really felt fantastic. The boat is great, King Marine built the boat very well. But let us see. Capri is where we will really learn where we are and what we have to do. We will see our level then, but we want to see where we can get to for when we are back here for the King’s Cup. They are so good and it will be just a question of time. The language is a little crazy because we end up speaking our own language a special mix of Spanish, Portuguese and Italian. It is a bit crazy
Eduardo de Souza Ramos, Owner of Phoenix

We were pretty happy with the way it went. It was great to be here. We have a bit more to give, we need to improve our gear changing for Capri, but here we locked off the forestay and that seemed to make a positive difference. The team is coming together nicely after a long time away from the boat. The boat seemed to be going well, especially downwind.
Nick Rogers, Helm of Provezza

For TP52 Class Manager Rob Weiland who has delivered the transition to the new rule, it was also an exciting time to witness the first latest generation 52 go racing. Weiland smiled:

To see Phoenix race was quite emotional. The long journey that the class started in 2008 from the IMS-style TP52 that was the result of the original TP52 Rule of 2002 / 2003 to Phoenix, the first boat build to the 2015 TP52 Rule, has come to a happy end. Year in year out the class members and the main technical advisors of the class, Marcelino Botin and Rolf Vrolijk, have chipped away at how to transform the class rule step by step, without outdating the existing boats too quickly. The plan is to keep the class rule stable for at least three years, from 2015 – 2017. Obviously this is the ideal moment to build new and join the 52 racing. I expect that Phoenix in 2015 will meet between 6 to 9 new builds for a 52 Super Series that will see double figure competitor numbers for the first time since 2010. So, overall, it was quite an emotional milestone to see Phoenix go racing.
Ends
Rob Weiland, TP52 Class Manager