Azzurra proved to be the team which, at this stage, is closest to their target of being on the money when the 52 SUPER SERIES starts in earnest in Valencia in just over two weeks time. Alberto Roemmers’ crew under skipper Guillermo Parada, sailing for the Yacht Club Costa Smeralda finished with three consecutive wins to lift the TP52 title for Gaastra Palma Vela regatta, the keenly observed warm up for the 52 SUPER SERIES, featuring three of the newest Botin designed TP52s Alegre, Azzurra and Quantum Racing.

Azzurra triumph by two points, adding today’s race win in 7-8kts to their two victories in stronger airs yesterday. Quantum Racing earn second only on tie break with the Dean Barker steered 2011 launched Interlodge. The current 52 SUPER SERIES champions finished 3-3-3 to Interlodge’s 2-2-2 but Quantum Racing also composed three back to back wins in their 12pts aggregate. 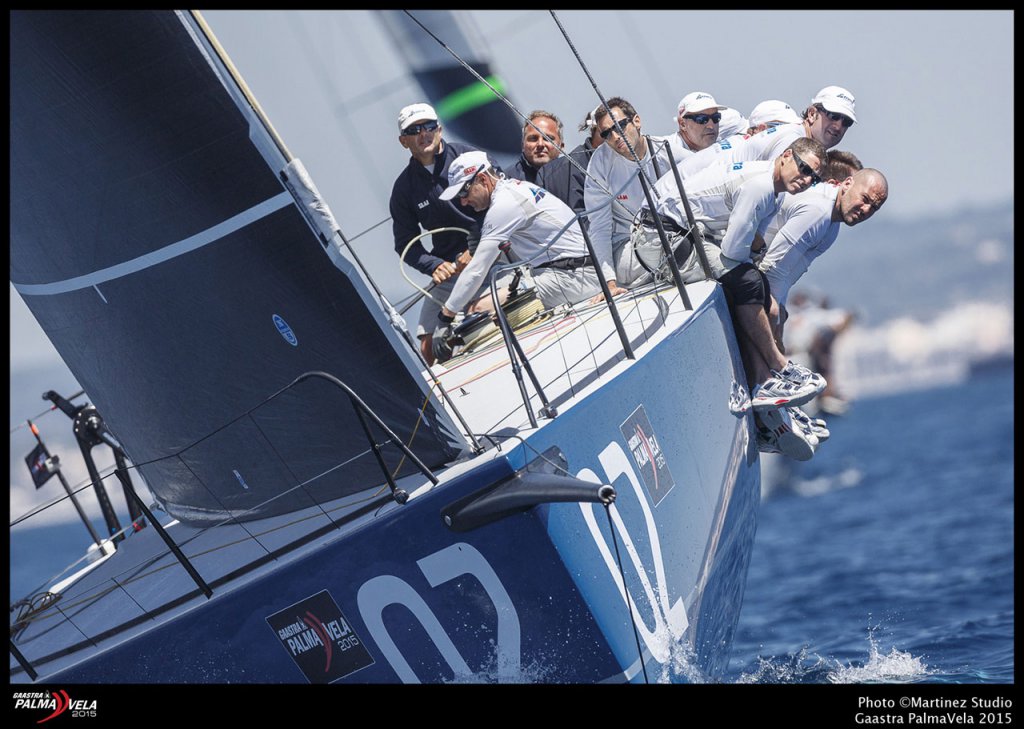 On the Bay of Palma race track today it was all down to winning the premier position on the pin, and Azzurra took the prime spot and had speed to control the fleet early, the crew which has relied on talented tactician Vasco Vascotto for many years, were able to use their speed to win by 49 seconds over Dean Barker and the Interlodge crew.
There was little to choose between the four boats in terms of speed across the wind range. Quantum Racing had speed early in the seven race series in the lighter airs. Azzurra started better Saturday and Sunday and were fast in Saturday’s 13-21kts range. But overall this regatta is a great boost for the Azzurra team, a simple validation that they are on the righ path towards Valencia. In their favour they had a good week of sail testing in Valencia prior to coming to Palma and were a little ahead of Quantum Racing in terms of prep time. And their afterguard is very much the same as before, helm Parada, tactician Vascotto and Zirilli. New to their line up is Giovanni Cassinari as mainsail trimmer, also a talented sail designer.  In contrast the back of Quantum Racing is all changed from the championship winning line up. Adrian Stead, who of course won the TP52 world title with Quantum Racing and with Rán Racing, is in as tactician this season. Dalton DeVos had never stepped on a modern generation TP52 before taking on the helm of the new Quantum Racing. At 22 years old he maybe has sailing’s golden ticket, in the hot seat among a galaxy of America’s Cup winners, he is learning from the best in, but there is little way to go before he will be knocking out metre perfect starts in the manner of his mentor this season Ed Baird! But in terms of getting a new boat up to speed there is much more new to the dynamic at the back of Quantum Racing than there is on any of the other boats. They have six days off and then will start the hard work leading into Valencia.  Most off all Palma Vela has been such a valuable warm up. Andy Soriano’s Alegre was knocking on the door the whole time and will surely be in the mix near the top of the fleet in May and June. 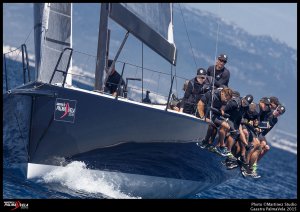 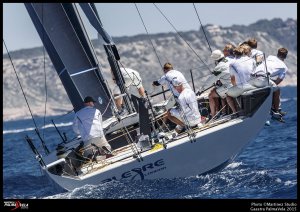 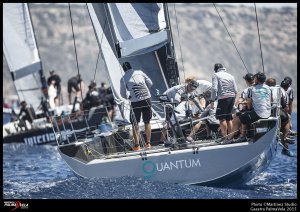 Also, bear in mind Palma delivered a normal diet of left favoured courses which in comparison one would expect Valencia in May to be more open, and with 12 boats racing, there is not too much can be read into Azzurra’s win. It is very exciting to consider, among other things, that Quantum and Azzurra are racing boats which are all but identical from the deck down, as indeed is Alegre.

I think we had a good series. The reality is that we are happy but mostly because we feel like we did a good job in terms of learning the boat and testing new things. The result are a good bonus but they are just a consequence of the previous stuff. It is always good to win the first regatta of the boat, it is a good christening of the boat, so we are happy with that also. But the most important thing is we ticked a lot of boxes and we still have a lot of stuff to test on the next few days.
Today we were all tied the three boats and the goal was start to the left of the fleet and we were able to achieve that, we had a good start. From there on we were just able to let the boat do its job. We were really quick and once we got the start we just let the boat do its job and from there on we were able to have a quiet race.
Guillermo Parada (ARG), Azzurra

Our race was not that great, it was all about getting off the pin and out to the left and basically the order off the line was the order at the finish line. We did not execute our game plan very well and there was nothing more we could do after that.
Our boat is going well. There is a lot of work to do, as there always is. We need to tighten up on a lot of things, refinining our systems, crew work, a whole bunch of stuff. We will have our race sails for Valencia which are refined from what we had here which were practice sails.
We were close. We both had our moments when we were strong, and come to that so did Intelodge who you can’t discount. It is going to be a great fight.
Tommy Burnham (USA), pit Quantum Racing (USA)