After a solid win in Race 3, the first of today, Phoenix 11 maintained their points advantage over Azzurra, which finished in second. But a pedestal winch gearing breakdown between races unsettled the local team who suffered a breakage of their aftmost port side stanchion to further compound their problems.

The resulting seventh sees Plattner’s crew drop two points behind the Roemmers family’s Azzurra, which has sailed three second places from four starts and seems to have maintained the consistency that served them well last season, even after integrating new tactician Michele Paoletti.

Sled, which was involved in a collision with training partners Alegre during the first race of the day, still lies third having been granted average points by redress as they were fouled by Alegre.

Although the race area was moved west of the city, it was still tightly bound by a shipping channel, which meant another compact, close-fought track. In flat water with boat speeds so similar and perhaps reflecting early-season, on-board comms, there were no fewer than eight incidents that resulted in seven penalty flags.

In these conditions, the breeze today between 11 and 16 knots, sharp starting was often rewarded. This was especially notable in the second race where longtime friends and sparring partners Morgan Larson – helm – and Jonathan McKee, in concert with navigator Ed Smyth conspired to launch Bronenosec off the line to earn an early advantage that they did not relinquish.

In the first race, Platoon were in contention at the top mark challenging Phoenix 11, but the world champions were given the first of three penalties [the first of which the umpires conceded later was a rare mistake], which dropped them from contention leaving the South African favourites, who true to the local philosophies of team spirit and collaboration, enjoy a fluid, dynamic decision-making process on board.

Information is passed between breeze-spotting floater Andy Horton, tactician Peter Holmberg, and South Africans Paul Willcox on main trim and local powerhouse grinder Shaun Pammenter, who has also played rugby in England for the Cornish Pirates, and who is a respected navigator and meteorologist in his own right.

“We had a little breakdown before the start and so we were working on that. We did a good job but did not quite get it fixed but it put us out of our routine. Then we were on the back foot and so were not as settled as in other races. I think some of the other teams were really starting to race properly for the first time this season. We felt comfortable ’til then and then kept breaking things.”

“We have such a good group of people. We have such good locals who we trust implicitly, they are awesome sailors in their own right. I am more in charge of the wind; and I talk to them; they talk to Peter – the whole plan emerges. But the racing has been really testing with quick decisions and the same today. It is a pleasure to work with Peter.” He adds, “But it does feel like the first regatta of the season, six turns in the first race, everyone is maybe not fresh and perfect on the start line. At the end of the season it is such a well oiled machine for everyone, but right now this does feel very much like the first regatta of the year.”

Azzurra’s Guillermo Parada is pleased with their consistency but knows anything can happen and they need to keep their focus.

“We know this is only the beginning and this is a long, long season. We are pleased. We said before the start of the season that we won the championship with a 4.3 average on the scores, so we need to play safe, to stay out of trouble, and so far we have achieved that. But we know it is not easy and that sooner or later you will be forced to take some risks, hopefully we will make the right choices at that time.” 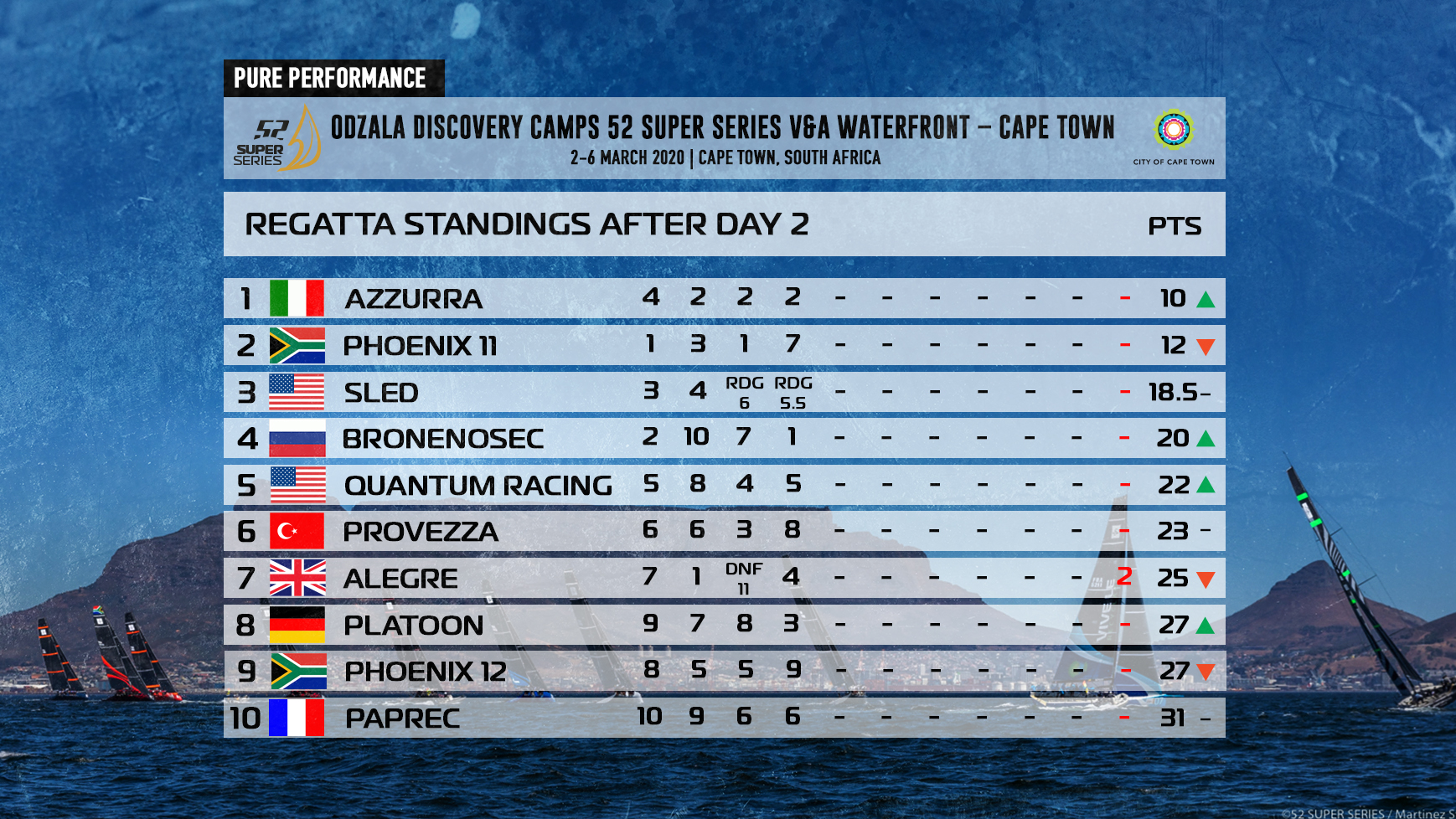