Azzurra On the Cusp of Cape Town Success

With Morgan Larson steering, Jonathan McKee on tactics aided by Alberto Barovier on strategy, Bronenosec won the only race of the day after making the best of a significant wind shift on the first run and choosing the favoured turning mark at the leeward gate.

But while the Russian-flagged team ran out winners ahead of Quantum Racing, a fourth for Hasso Plattner’s local favourites on Phoenix ensures the South African team – steered by the hugely experienced Plattner – closes the gap on regatta leaders Azzurra. The defending champions lead into the last day by seven points.

Azzurra could only make a seventh today, their worst score of the event so far. But with the breeze forecast to return to light to medium conditions for Friday’s finale, the Italian-Argentine team of the Yacht Club Costa Smeralda have a fighting chance of landing the first title of the 2020 season.

Azzurra’s new tactician Michele Paoletti was smarting on the dock having not really achieved the result Azzurra team had hoped for:

“We did not have a race that was as nice as the others, but right now we have to cool down and think about tomorrow. The result was not so bad. But right now after that race we are a bit frustrated. We had too many things that were not so good today. We have some confused situations with other boats, we did not manage them properly. We did not have really nice manoeuvres, which is unusual for us. We have a little lead for the last day so we will try not to do anything extreme and sail consistently.”

With the wind on the start line at over 20kts, this time the shift and the pressure was better on the right of the course upwind. This was recognised early by Andy Soriano’s Alegre, Quantum Racing and Tina Plattner’s Phoenix 12, which rounded first, second and third. The race leaders lost out on the downwind shift in direction while Bronenosec gained at the leeward gate rounding, establishing a lead that was never challenged, recording their second win of the week.

“It was fun out there. Obviously this is what people expected from Cape Town that we would have strong breeze at some point. These boats are such great fun when the puff comes on and you are going downwind at 21 or 22 kts, so today was awesome. We have sailed in these conditions before of course but not in this fleet and so the pressure is always higher at the top marks and the bottom. When it is close and everyone is pushing then it gets the heart rate up and the adrenalin pumping.”

Phoenix 11 need to replicate the form they showed on the opening day if they are to run out home team winners. Peter Holmberg, tactician admitted:

“I’m happy to be in the top half of the fleet. With that much breeze today you’ve got to make sure you keep the boat together, and don’t make any big blunders. The boat’s fast, the crew did a good job, and Hasso did a great job.

I’ve got a great team around me, I’ve got Andy Horton – we’ve got two tacticians on this boat – so we make a strategy each day – look at the weather and we’ve got some good local input, so we put our heads together and make a plan.” 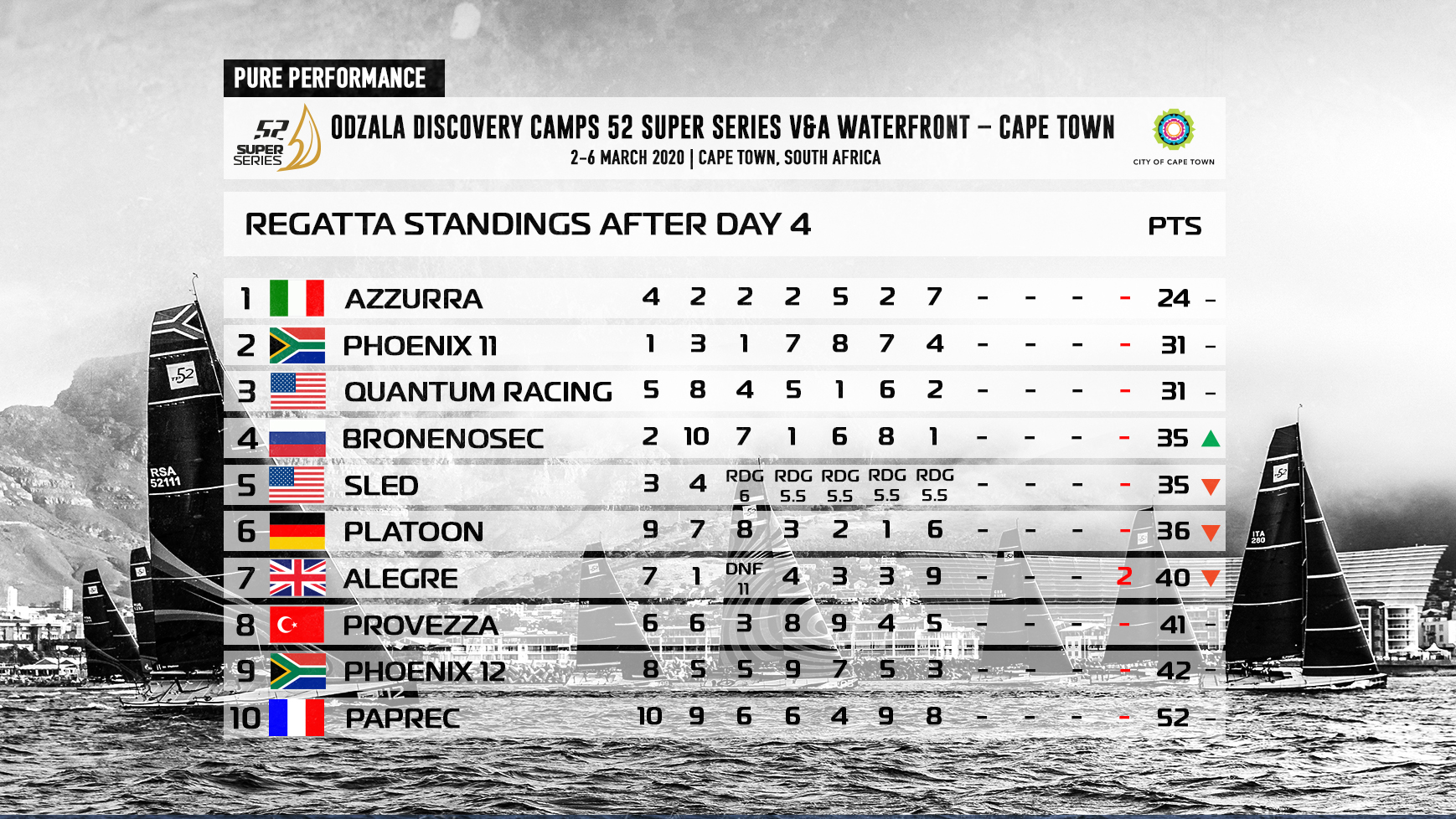