While it was Tony Langley’s Gladiator and Niklas Zennström’s Rán Racing which ran out as best scoring teams from an exciting second day of racing at Barcelona’s Conde de Godo Trophy for the 2013 52 SUPER SERIES, both landing a first and third apiece, Azzurra still returned to the Réal Club Nautico Barcelona with their overall one point lead intact.

Azzurra suffered on the final run of the first race with a malfunctioning primary winch, losing a potential third race victory to Rán Racing just at the finish line on the final gybe. Quantum Racing kept themselves in contention with a great recovery in an electrifying, breezy, bumpy, second race when they fought back from being over the start line early to cross the finish second behind Gladiator. 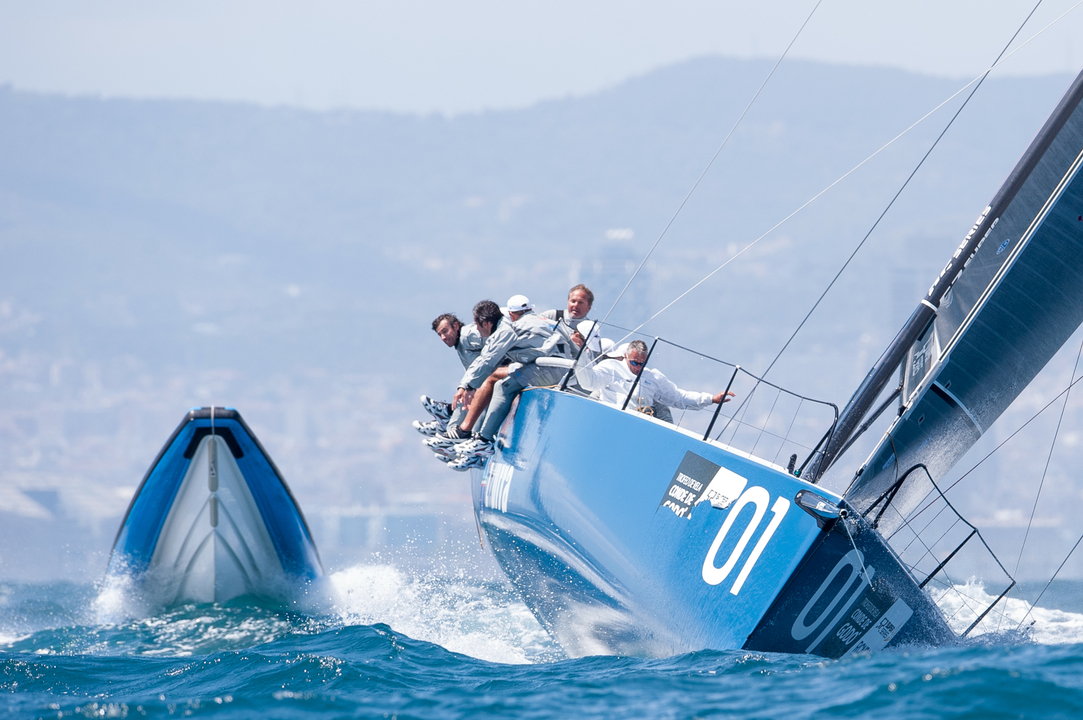 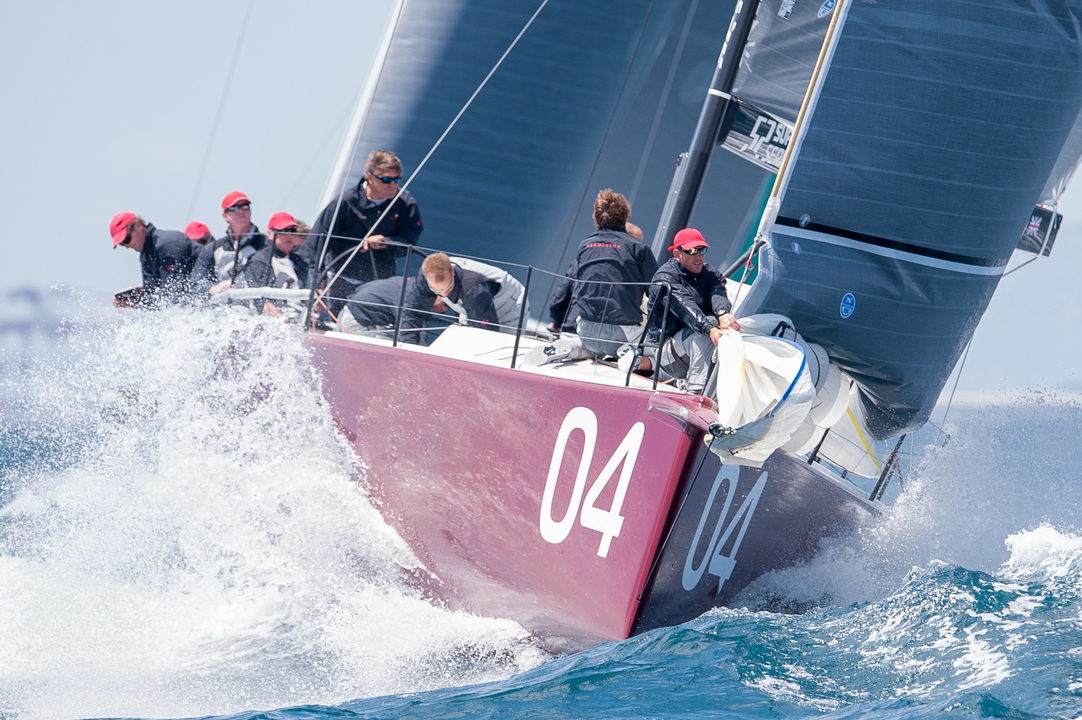 The second race showcased the 52’s at their sparkling best. Crews arrived ashore wet, chilly and exhausted after the brisk 22-25kts winds, but after an afternoon of high octane downwind sailing in building swells few had many reasons to grumble.

Rán Racing owner Niklas Zennström was pleased to have stolen their win on the finish line of Race 4:

It was nice to win, but it was also good to pass Azzurra on the finish line after they had done that same thing to us yesterday. [He smiled] Niklas Zennström, Rán Racing

And a win for Gladiator, following up from their third in Race 4, was just the tonic for tactician Chris Larson after an opening day, Thursday, he is keen to forget. Their four points aggregate over Friday’s two races elevates Gladiator to fourth overall.

It was just the difference of day. Unfortunately yesterday everything I did turned to custard. Not much went right. I was actually scared to walk home and allow myself to cross the street as I thought I might get hit by a car. It was one of those days that nothing seemed to work out. We talked about it. I apologised to everyone on the team and said ‘hang in there and I’ll try and make it up and have a better day’ and so we did.
Larson recalled

After five races the three top boats have stepped slightly clear of the chasing pack but correspondingly only three points separates regatta leaders Azzurra from Quantum Racing in third. Their premature start might have left them wondering what might have been, but after lying a slightly distant seventh early on, Quantum Racing’s fightback was nearly total as they were just on the point of challenging Gladiator at the finish line.

Such powers of recovery were not just confined to the American flagged team. In the previous start Rán Racing were less than perfect off the line and had to scrap hard on the first beat and thereafter to get themselves into the position to eclipse Azzurra on the finish line, although the Italian team’s Vasco Vascotto regretted that he did not realise the extent of their damage to the winch and would have altered his final approach to the finish line had he known.

While Rán Racing delivered on their pledge to win races it remains Azzurra who have the upper hand. But a regatta which last year was finally separated in favour of Quantum Racing only on tie break from Azzurra, this 2013 European curtain raiser might still finish up just as close. 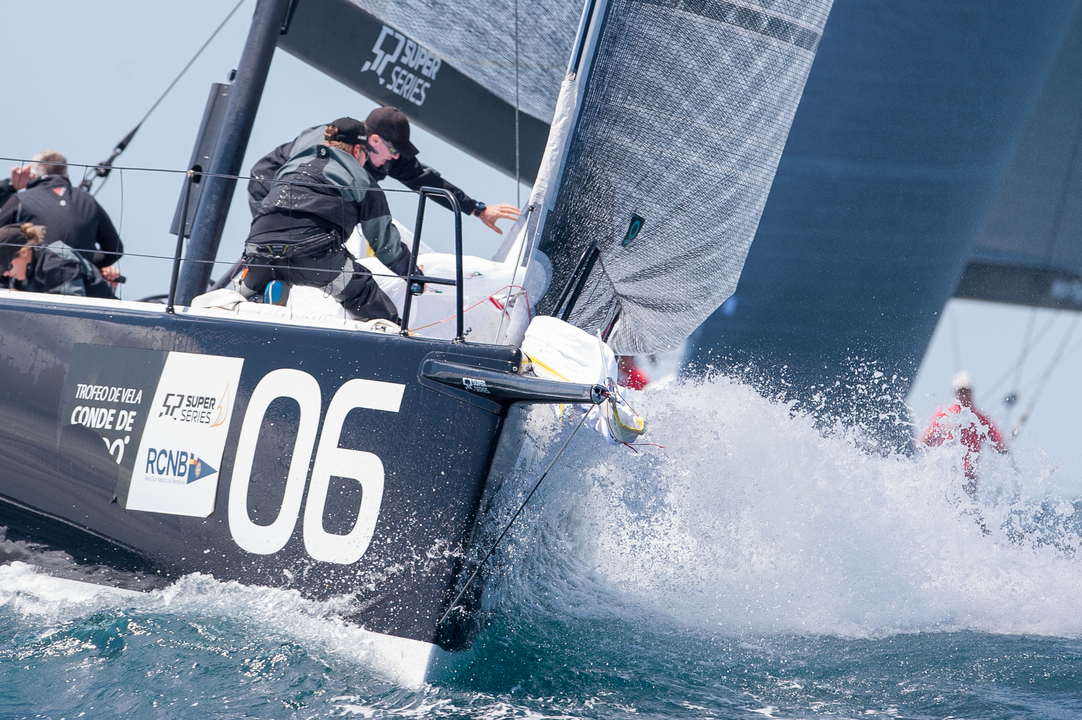 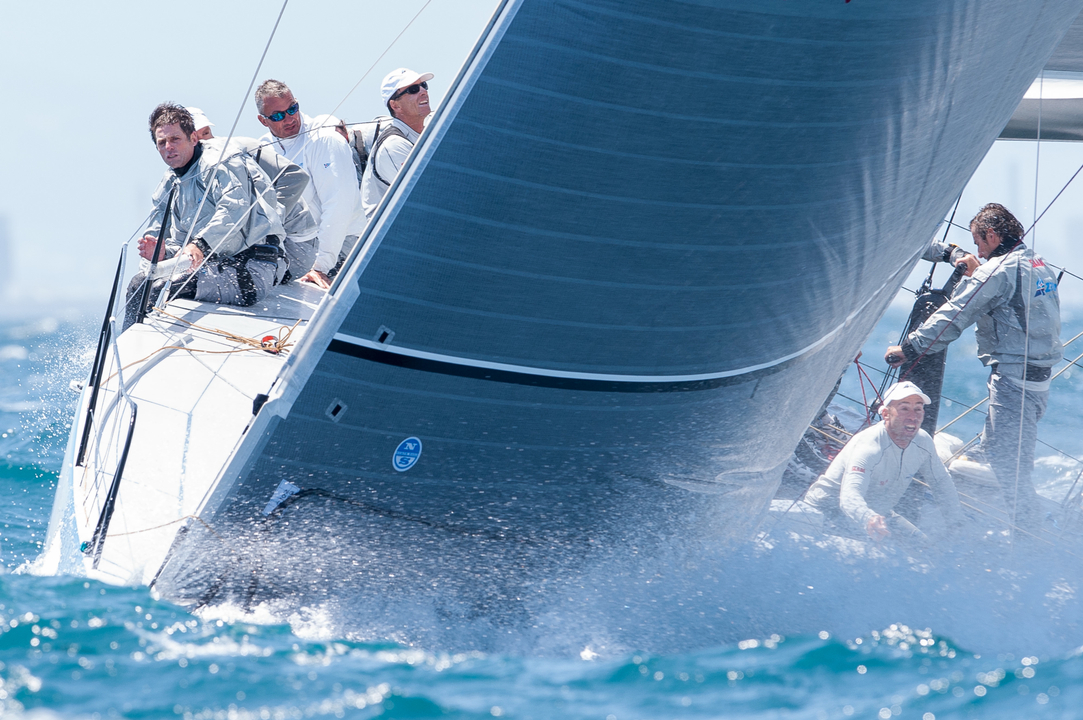 I feel that we had some very good bits and some not so very good bits. I felt the boats around us sometimes gave us some unnecessary problems for us and for them, we both lost two or three positions because of that. We had a problem with the winch at the start of the last run in the first race so we were not able to gybe, so we broke the winch and that is why we unfortunately lost the first place. There was not a clear enough communication to me that we had broken the winch otherwise I would have not made the last gybe. I could have gone a little more easy to get there. That was one of the only mistakes of the day, but even so if we tie on points for the day with Quantum Racing then we don’t have any big problems.
Vasco Vascotto (ITA), tactician Azzurra (ITA)

The first race we just beat Azzurra on the finish line on the last gybe. That was very nice as they did exactly the same thing to us yesterday, so that was just a nice race. In the second we were in good shape at the top mark and maybe just made a little mistake and missed the layline and two or three boats passed us but third place was ok.

Downwind it is very much about me reading the waves, just being on the edge and getting the speed up and working the waves and the wind together with the spinnaker trimmer.

Its very much driven by the trimmer and as the helmsmen I am looking at the waves and feeling the waves, its a combination but its more the trimmer talking to the helmsmen rather than the other way around.
Niklas Zennström (SWE) skipper-helm Rán Racing (SWE)

It was just the difference of day. Unfortunately yesterday everything I did turned to custard. Not much went right. I was actually scared to walk home and allow myself to cross the street as I thought I might get hit by a car. It was one of those days that nothing seemed to go right. We talked about it. I apologised to everyone on the team and said hang in there and try and make it up and have a better day and so we did.

We did not sail any differently. We are still starting quite aggressively, high risk, high return starts. Luckily we made both of these work today which put us out in front of the pack and allowed us to minimise the tacks upwind lead at the weather marks which is big for us.

At every turn on the second race we were able to hold them off, holding Quantum Racing off at the finish. We just tried to keep it simple. At the weather mark it was interesting as Rán tacked first to force Azzurra to tack. They both were not laying and so we dipped and tacked above them. It was good boat handling by them as they had to tack and duck us which was pretty scary in that strength of wind, so it was a close call for both boats.

It’s always good to win a race, that’s at least our target at each regatta and to keep our scores consistent. Yesterday it was the outhouse today the penthouse, so I think our average now is about fourth and if we can keep that up or get a little bit better then we could get a good overall finish.
Chris Larson (USA) tactician Gladiator (GBR)