The Only Way is Up?

From a long and hot day on the Bay of Palma, Azzurra increased their overall lead at the top of the leaderboard of the TP52 World Championships thanks to a second in the windward-leeward race which was a mere sprint compared the 20 miles coastal race which they won comfortably ahead of Bronenosec.

Azzurra stepped out to an impressive 14 points margin ahead of sister-ship Bronenosec, steered by Russian owner-driver Vladimir Liubomirov as the regatta today past the midpoint.

The Bay of Palma may deserve its reputation for one way traffic, often a binary decision is all that is required, but today with the mercury again rising above 32 or 33 degrees on land and the race course axis nicely positioned, there were many subtle, hard to read changes in the sea breeze which was mostly in that critical 8-11kts range where any small changes in wind pressure and direction make a proportionately bigger difference to the speed and angles the 52s sail relative to each other.

Azzurra’s tactician Vasco Vascotto admits he has forgotten how many regattas he has sailed back to back at this stage in the summer, but he is surely riding a wave of success and confidence. Although they were squeezed out of the start they wanted in the windward-leeward race they were able to get straight into a beneficial wind shift to chase Andy Soriano’s Alegre around the track. Alegre won their first race since Valencia in May and by the end of the day had moved themselves up to third overall, just two points behind Bronenosec which went 5,2 for the day.

The tightly grouped points aggregates reflect just how close and even the racing is and how hard it has been to stay consistent. Azzurra is the only team of the 12 TP52 crews to have stayed strictly in single figure finishes all the way through the six races sailed for far.

Indeed, while Azzurra moved away in the overall lead – Vascotto promising to hold on to the key feelings of confidence, patience and coolness which is clearly working for them – a seven points tally for the day for each of Bronenosec (5,2), Alegre (1,6) and Quantum Racing (3,4) promoted each to second, third and fourth overall today, chasing the runaway Italian flagged team which is skippered by Argentina’s Guillermo Parada. And from second to sixth the differential is still only six points.

The 20 miles coastal did not start until mid-afternoon and the sea breeze proved streaky in places. A short upwind-downwind saw the Italian team on Xio make the early pace until they succumbed to Azzurra on the second, three miles long windward leg.

Platoon made a nice gain on the long downwind back to the Marivent mark in front of the Palma harbour west breakwater, working closer to the shore to find some extra pressure and move clear of Quantum Racing, giving Harm Müller-Spreer’s team a useful third place.  Meantime Vascotto is doing all he can to rein things in and keep the feelings cool among a crew which have their moments as fiery, feisty Latins:

It is better to forget what has happened today because it is easy to overreact to the good things that happened. Today we are happy but we need to forget if we want to maintain these kind of results. We need to sail clean and nice. I say that to myself every day!
Vasco Vascotto, tactician, Azzurra

And the finer points of communication are gelling now at the back of Quantum Racing where Adrian Stead and Ed Baird are improving their understanding of each other, this being the first time they have sailed together as tactician and helm for a couple of years. It is certainly onwards and upwards for the world champions and 52 SUPER SERIES champions. 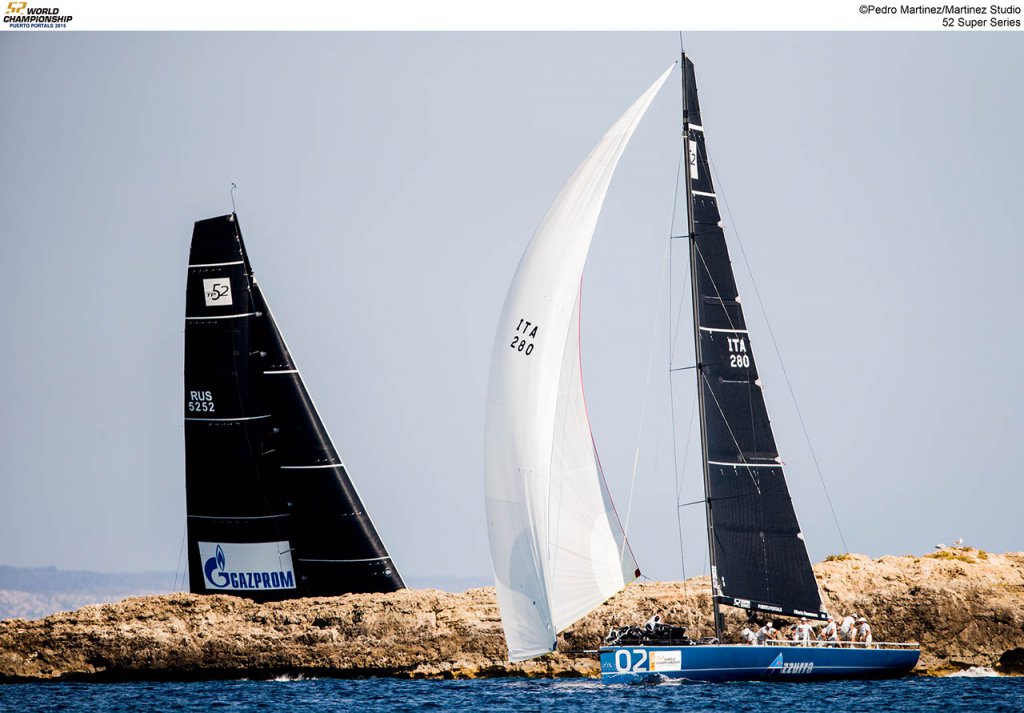 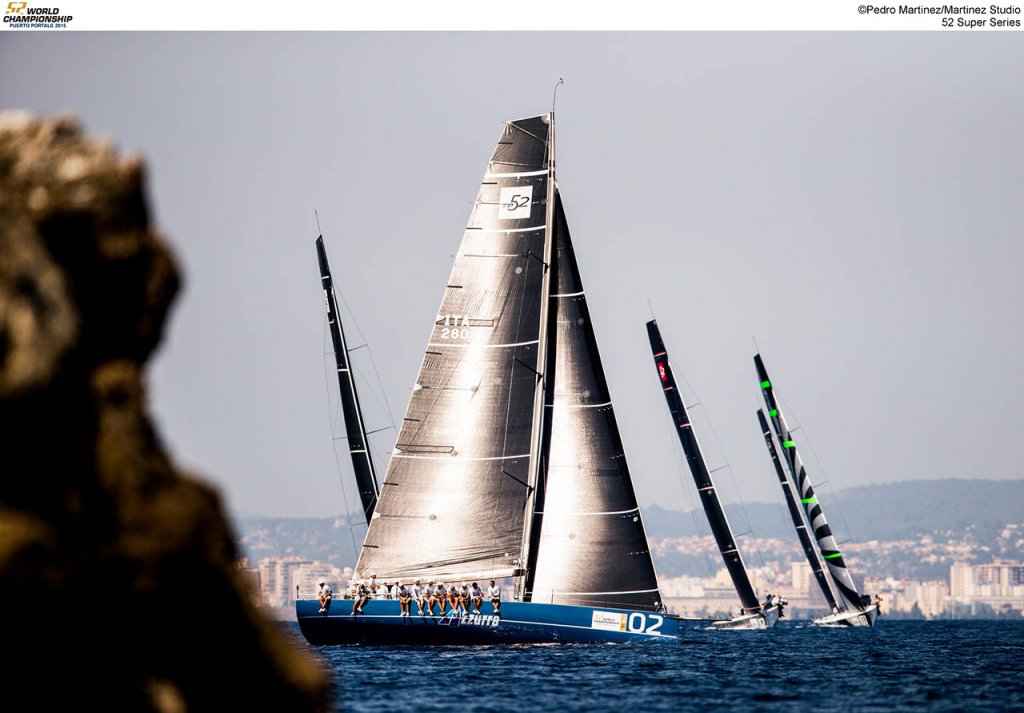 Ed Reynolds (USA) project manager Quantum Racing (USA): “Ado is more a big picture thinker and more strategy, Terry is often more focused on the fleet even than on our own boat, he is a maniac tactician always driving onwards, ‘here is what is going to happen….here is the sequence of events we are going to complete to make this happen. And the starts for sure. He and Ed work amazingly well on the start line and he and Vasco have the most experience have to be the top two in the world, sailing a lot with owner drivers, and when it comes to the communication that has to take place on the start line, these two are head and shoulders above the rest. We have to remember that it is at least two years ago that Ed and Ado worked together, but nobody has ever given us enough credit for the stability of our team. When we did integrate new people in then we had time. This season has been one of a lot of changes, I think we are starting to get our heads around it but it is likely going to be too late. I think we will just keep getting better.”

Vasco Vascotto (ITA) tactician Azzurra (ITA): “It was a great day. But it is better to forget what has happened today because it is easy to overreact to the good things that happened. Today we are happy but we need to forget if we want to maintain these kind of results. We need to sail clean and nice. I say that to myself every day! The first race we were a bit lucky on the first shift, we were on the right, we had a nice shift. We reacted quickly and did not lose too much on the fleet. We had a good gain and then you just want to freeze the game to have a good result. We did not try to attack Alegre too much.
The coastal race was a good race. We expected a left shift and then the right shift is good with the coastal effect to the right and we were in the top four boats and then we just waited to gain from the mistakes others made. We did nothing crazy. Today the good thing is that we had the speed again. Yesterday we were not happy with our speed again, we worked a little bit on the set up. The first day we sailed well but did not sail fast and today we sailed well and fast.”