The Day of Reckoning

(Friday 22nd September, Menorca) – After a thrilling two race day at the Menorca 52 SUPER SERIES Sailing Week when none of the top three title challengers could maintain a decisive high level of consistency, Azzurra carry a seven point lead into the final day of the 2017 52 SUPER SERIES Season.

But for the first time in the history of the 52 SUPER SERIES, the destination of the overall season’s title remains truly open, to be decided on the last day of the season. 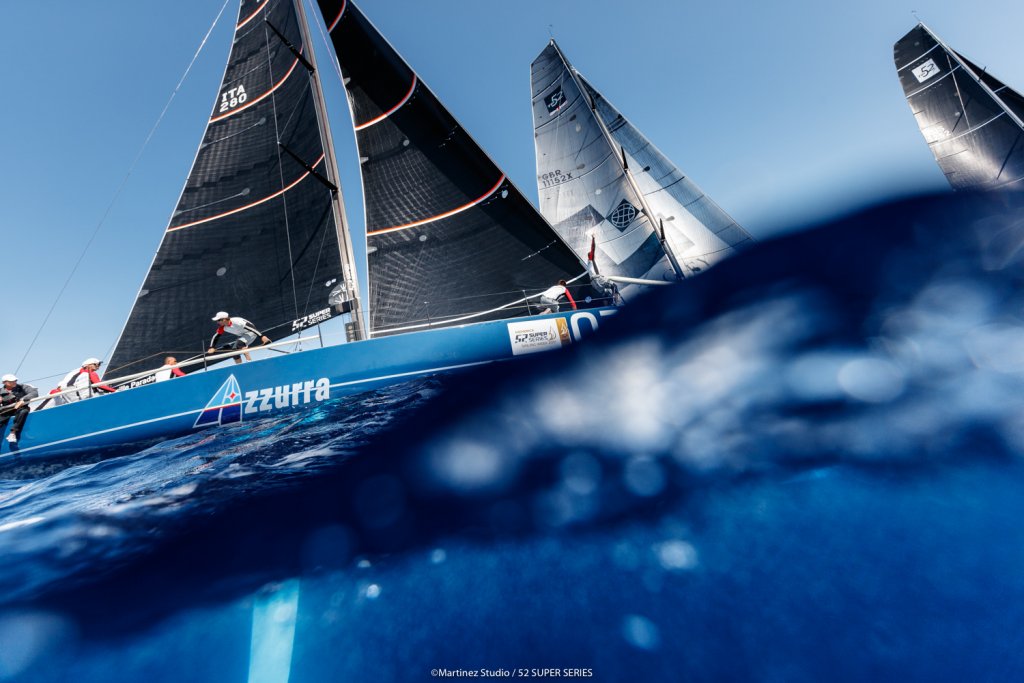 In the hard-to-read, light E’ly breezes, the Italian-Argentine crew skippered by Guillermo Parada with fiery Vasco Vascotto as tactician were forced to stage yet another fight back from very deep in the first race but then steadied the ship with an excellent second place in the second contest to take the initiative into the final day of the season.
Azzurra’s lead over Harm Müller-Spreer’s German-flagged Platoon is seven points, four more than they arrived in Mahón with, and eleven over defending 2016 champions Quantum Racing.

Were they racing on any of their truly favourite, more predictable race arenas of the five venues that the 52 SUPER SERIES has already visited this season then Azzurra, in particular, might really fancy their chances of securing the title for the first time since 2015.

Tomorrow we can’t control both boats, we’ll go race the first race as normal, play the shifts, look at the wind as we have the whole season, and then start making plans for the last race.”

But the Menorca race arena has proven extremely challenging and open, and today, again, there were telling comebacks from deep in the pack down the last run, which effectively wiped out hard-earned gains. Quantum Racing went from fifth to ninth down the last run of the second race, four points painfully shed through no significant error on their part.

“Tomorrow’s game plan is to win the regatta, and let the chips fall where they’re going to. It’s not an easy race course, very very tricky out there, there’s big gains and losses and it’s frustrating. But the goal for tomorrow is to finish the season how we started it, with a regatta win.” 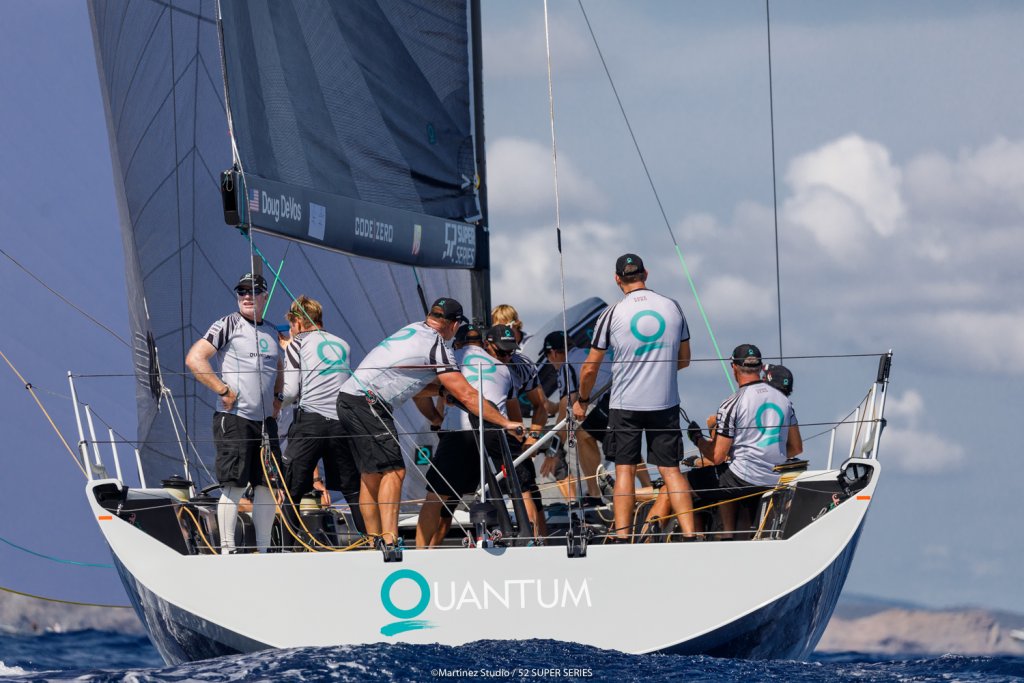 Quantum Racing will need to come from behind to win the season trophy.

This late in September, there is less of a heating effect than during high summer, the island is notably smaller than neighbouring Mallorca, and also there is no mountainous terrain to cool the air and set up a thermal circulation. So the light breezes and big sloppy swell have proven especially tough on the pursuit of consistency.

Quantum Racing looked for all the world to have built an almost ominous momentum. After two second places yesterday, they won the first race of the day when Azzurra could only make sixth, and Platoon fourth. But it was that second race finish, their worst of the regatta, which hurts them most. And Platoon pushed forward over the start line early and had to re-cross at the second start. Tenth at the top mark, John Kostecki and Jordi Calafat rescued a sixth, but now need to push their risk-reward equation harder than ever on the final day if Platoon and owner-driver Müller-Spreer are to become the first team other than Quantum Racing and Azzurra to win the 52 SUPER SERIES title. 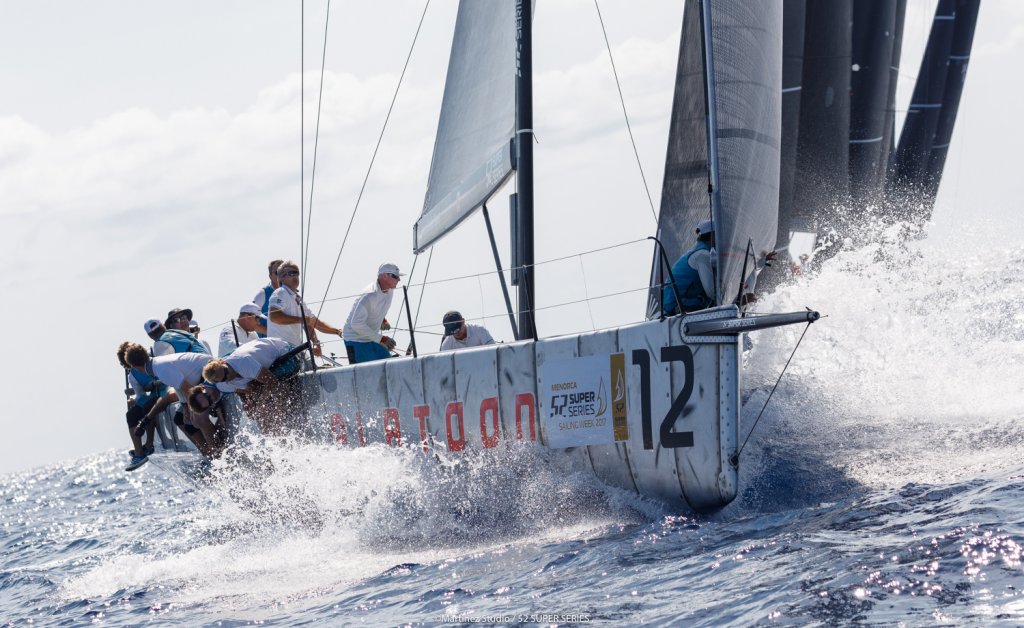 Platoon are playing down their chances.

Platoon’s Jordi Calfat was playing down the last day showdown:

“To be honest, we don’t have much pressure. We have the pressure that we want to be put on us ourselves, but for the first time ever that someone else other than Quantum and Azzurra is in the mix for the overall season. But I think Azzurra has enough points ahead, it’s just how are they going to approach it, between these two boats. Harm and JK are pretty relaxed about how we’re sailing the boat, but ultimately we’re going to take it if there is something to take!”

“I think the whole season, light air upwind was our weakness, it’s pretty hard for us to keep a lane after the start. Our strong point is downwind speed. We’re rounding the top mark always 8th, and maybe it’s a bit easy if you are behind to overtake boats, but… once the days go on, the wind gets wishy-washy and there’s a lot of opportunities, and if you are behind, maybe you sail a little bit loose, take a bit more risk, and that’s happened a couple of races here.”

So while both Quantum Racing and Platoon scored ten point aggregates, it was a red letter day for the French on Paprec Recyclage. With 470 Olympian Jérémie Mion calling tactics, Paprec went 5,3 for the day, their best ever on the circuit. 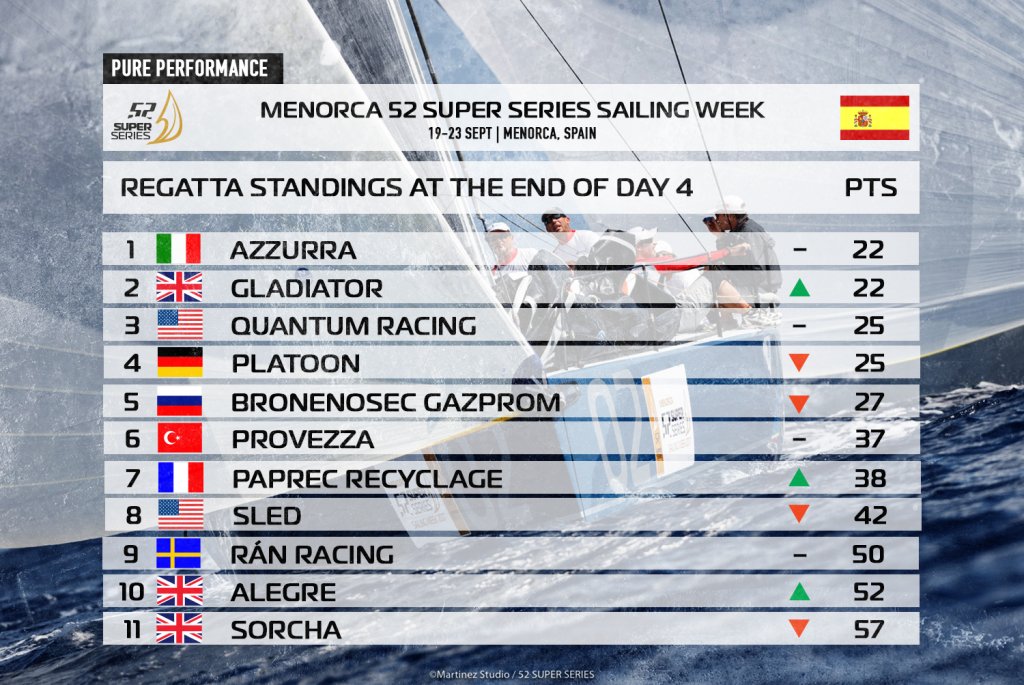