The build-up to sailing’s third event of the Barclays 52 SUPER SERIES, Palma Mallorca’s annual showcase, the Copa del Rey MAPFRE, reveals some of the remarkable enthusiasm, loyalty and commitment of some of the Circuit’s key owners who are really enjoying their racing in the class.

Brazilian owner Eduardo de Souza Ramos, who joined the Barclays 52 SUPER SERIES for the first time this season, is steadfastly refusing to let a recent health setback get in the way of his and his team’s racing, especially after their second place at the Audi TP52 World Championships in Porto Cervo, Sardinia.

Fired up for further future successes, the double Olympian is ensuring that Phoenix will still race at the Copa del Rey MAPFRE despite the fact that his doctor told Eduardo that he must sit this one out while he recovers from surgery. His place on the helm will be taken by André Fonseca, the team’s strategist who was Brazil’s 49er Olympian in 2008.

It is no secret among the class that de Souza Ramos has previously survived a major health scare – all the more reason for the Phoenix moniker – and so perhaps then it is no surprise that the inspirational owner has pledged to be back on board for the final regatta of the season in Ibiza 17th to 21st September.

Eduardo will be missed in Palma. We know it was one of the regattas he was really looking forward to but of course his health comes first. We extend all of our good wishes for a speedy and full recovery and so look forwards to Eduardo joining us again soon. He really does embody the spirit that prevails in the TP52 Class at this moment, he is loving the competition on the water, sharing his excitement and satisfaction when Phoenix does well, learning, remaining objective and moving on with a smile when sometimes it is not so good.
Rob Weiland, TP52 class manager 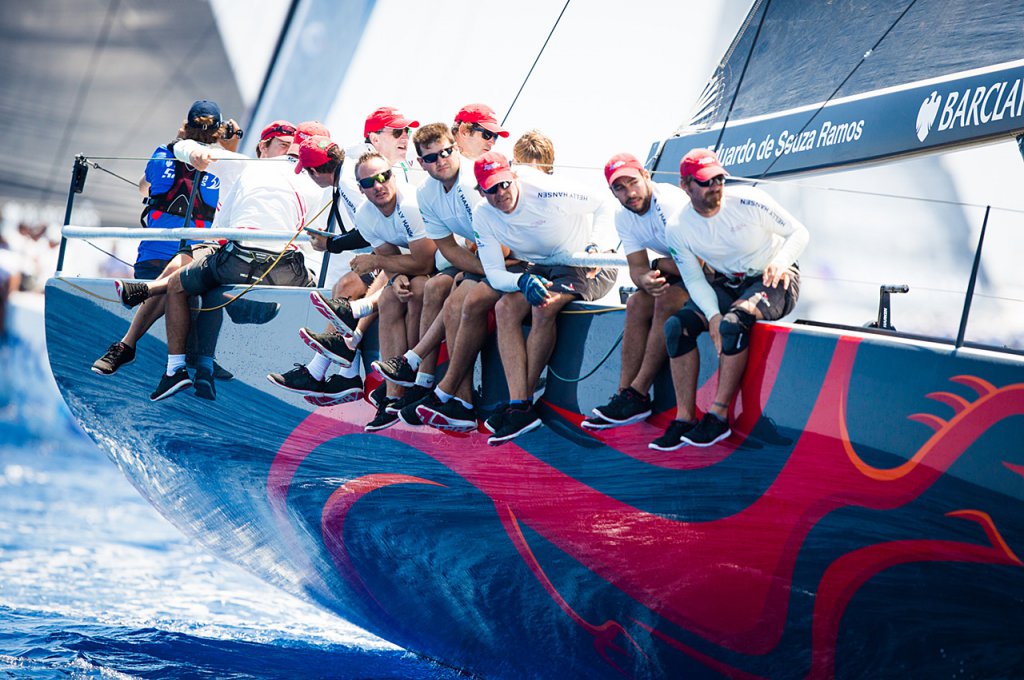 Another committed owner who has pulled out all the stops to be in Palma because he loves racing on the Circuit, especially at the Copa del Rey, is Turkey’s ebullient Ergin Imre. In his quest to step ahead for the 2015 season for which he is commissioning a new boat, Imre and his team had a new rig built which they planned to race and learn with this season before it was transferred to the new build boat.

But the new rig failed during racing in Porto Cervo in June and Provezza was not able to complete the Audi TP52 World Championships, the second event of the Barclays 52 SUPER SERIES.

Unable to achieve a satisfactory repair or replacement solution from the manufacturers in time for Copa del Rey, Imre’s team have had their previous rig shipped to Hall Spars in Holland where Provezza’s Tim Haines and his team has been working with the Hall team to upgrade it to a more competitive solution. Hall Spars have stiffened up the original tube and added backstay deflectors to accommodate the higher headstay loads required nowadays. 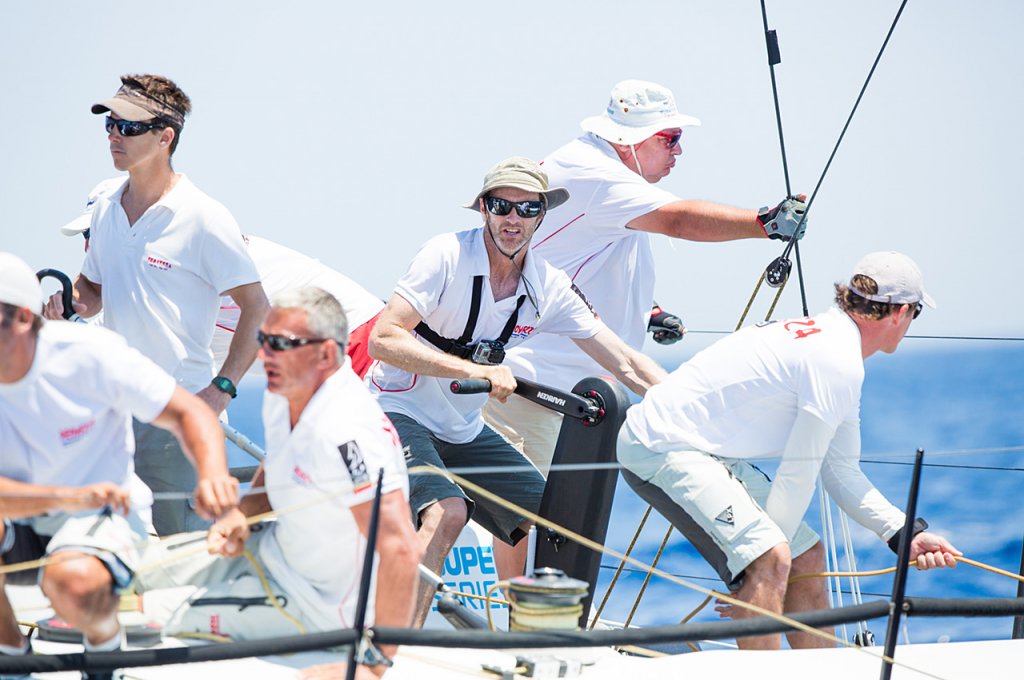 The mast went in late last week and all that is left is a little bit of tuning and Team Provezza will be raring to go to carry on from where we left off in Sardinia.
Andy Clark, Proveza

Ergin I know a long time, since I was involved to build a two-tonner for him in the nineties. To own a racing boat requires a special person and then Ergin owns quite a few. He is the kind of owner you will work for non-stop till he is happy. Luckily he smiles a lot and likes people just as much as boats, so nobody got killed yet in the process…
Rob Weiland, TP52 class manager

Reflecting yet another new commitment level, looking forwards to Ibiza and the last regatta of the season, Sled’s American based owner Takashi Okura has been so inspired by his racing in the class at the US 52 SUPER SERIES in the boat’s native waters, and by colourful reports from Europe by US teams such as Rio, Interlodge and Vesper in recent times, that he has decided to ship Sled to Ibiza for the season’s finale with a view to a full-on programme next season

You have to conclude that the Barclays 52 SUPER SERIES is proving its very strong magnetism to committed, enthusiastic owners. We as organisers only have to live up to the expectations…
Rob Weiland, TP52 class manager