The Cape of Dreams

Racing in South Africa for the first time ever represented something of a voyage of discovery for the 52 SUPER SERIES owners and crews, but the 10 teams from eight nations were rewarded with good racing in a variety of wind conditions, including a visit from the strong Cape Doctor wind, all set against the spectacular backdrop of Table Mountain and the Lion’s Head, whilst embracing the lively, colourful, friendly welcome at the city’s V&A Waterfront.

Victory for Azzurra was underpinned by a dream debut for new tactician Michele Paoletti, the Italian-Argentine team actually winning their first series regatta since September 2017. After finishing runners up at four of last year’s five regattas, the Azzurra team were delighted to prove they can win regattas as well as secure the season long championship, which they have won four times. 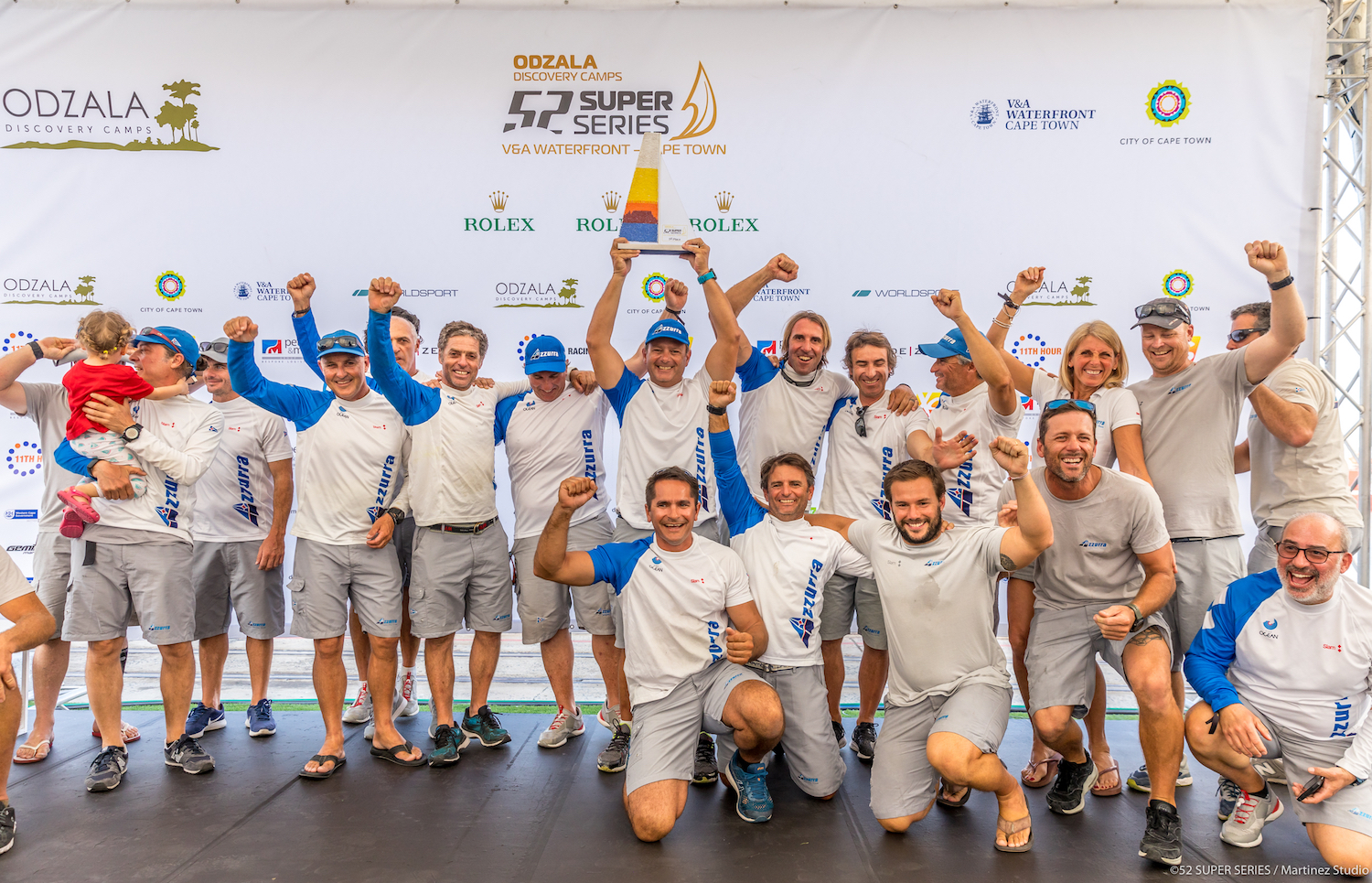 “This is something we have talked about a lot. It is a relief to know we can still do it and be consistent over the last couple of events. To win the season without winning an event is great, but the feeling of winning here is really enjoyable. We dedicate it to one of our crew members Ale Colla who could not join us here. He has a health issue that he is dealing with and I am sure he will be back for the next event here in Cape Town, so the win is for him and also for Pedro Rossi who did a great job replacing him.”

“It is always good to start on the right foot. We worked really, really hard thinking of ways to improve our boatspeed. It is hard to get more and more [boatspeed] after so many years, but we achieved something and have the speed. And when you have speed it lets you race in a different way. So thanks and congratulations to Michele who is new to the team but has done a fantastic job and I think this will help him with confidence going into the next regatta.”

And second overall was a dream result too, ahead of hopes and expectations for Hasso Plattner’s local Phoenix 11 crew, tied on points with Quantum Racing, also four-times circuit champions. Plattner’s team, which includes Peter Holmberg and Andy Horton in afterguard, which relied on local knowledge from Paul Willcox, Shane Elliot and Shaun Pammenter, lead until halfway through the second day before they were compromised by a series of small technical breakdowns.

“It was a great regatta. I especially enjoyed yesterday, which was good for Cape Town and for the fleet. We had fun. We made it a little bit tight when we lost our spinnaker in the fifth race. Second is great. We did pretty well. We like to sail short tacking along the waterfront. We are up to that. It has been a great week, a great regatta and things played out very well.”

“It was a great week for us when everything really came together. It all clicked. We had no major breakdowns and did not make any big mistakes. We did a bit of two-boat testing and training down here, which helped us; it helped me learn the race course because I had not been here and did not even know what it looked like, and so that gave me ten days. And Hasso, top owner driver tying with a team like Quantum Racing is great.”

“It was an eventful event with a lot going on in the boat with the newcomers on the boat – me – having brought some different points of view. We have to improve on our communication and some systems, we had a couple of hiccups in a couple of races but we finish on a high note, we had some good racing. There are some regrets about points left on the table but that is also indicative of the level of the fleet.” 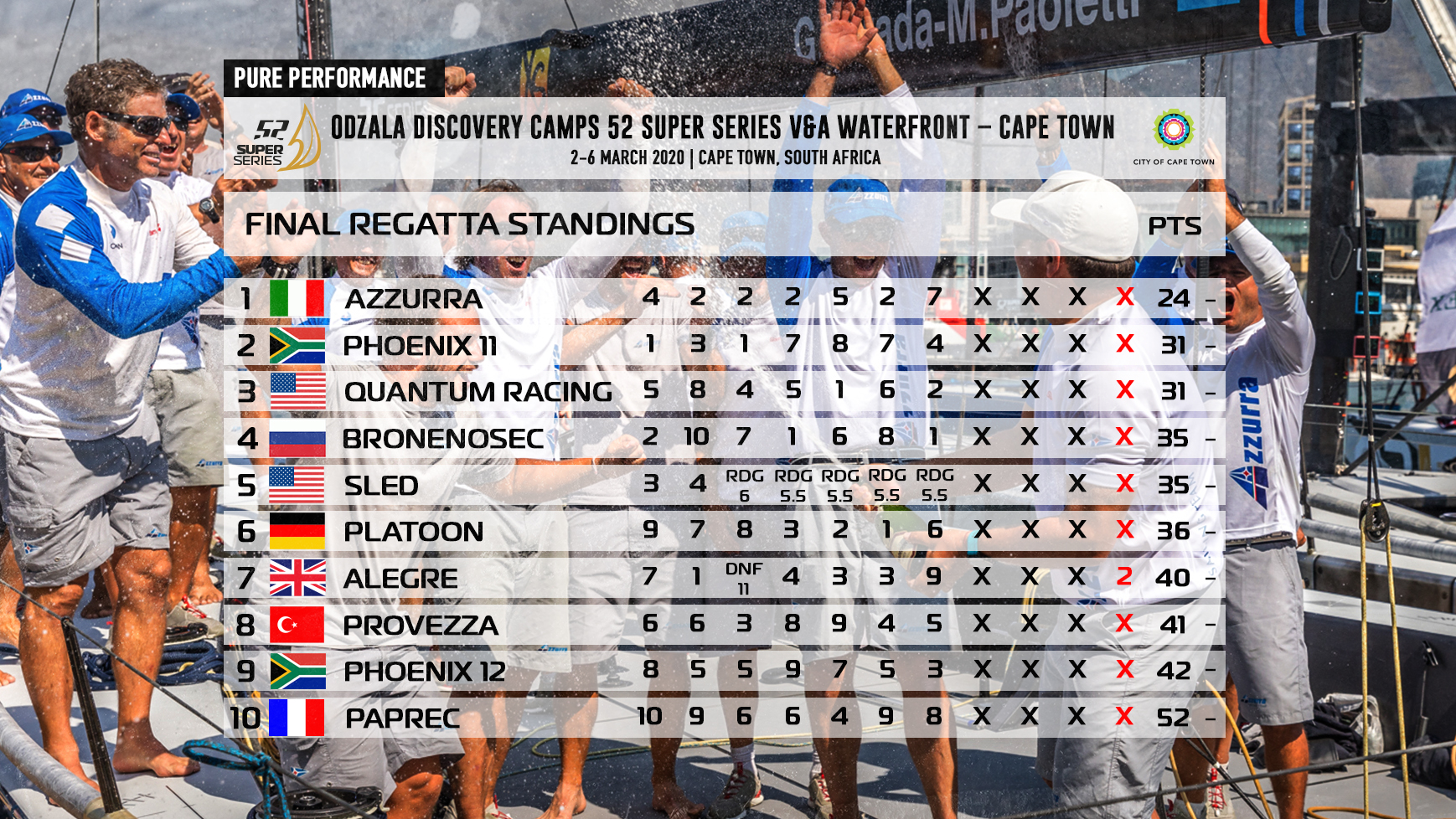