(Wednesday 21st June, Porto Cervo) – The 52 SUPER SERIES fleet’s love-hate relationship with the coastal race discipline continues. Some days they are loved, most of all by those who have a good one. But correspondingly the bad days are often some of the darkest.

The fact that the scenery that borders the 21-mile route for today’s first race of the Porto Cervo 52 SUPER SERIES Audi Sailing Week is some of the loveliest regularly seen by the fleet often seems almost incidental. It is the challenges presented by the rugged coastline – the Maddalena archipelago, Caprera island, the narrow, funnelling Paseo del Bisce thoroughfare opening into the Arzachena Gulf – that make this such a renowned coastal racing area. 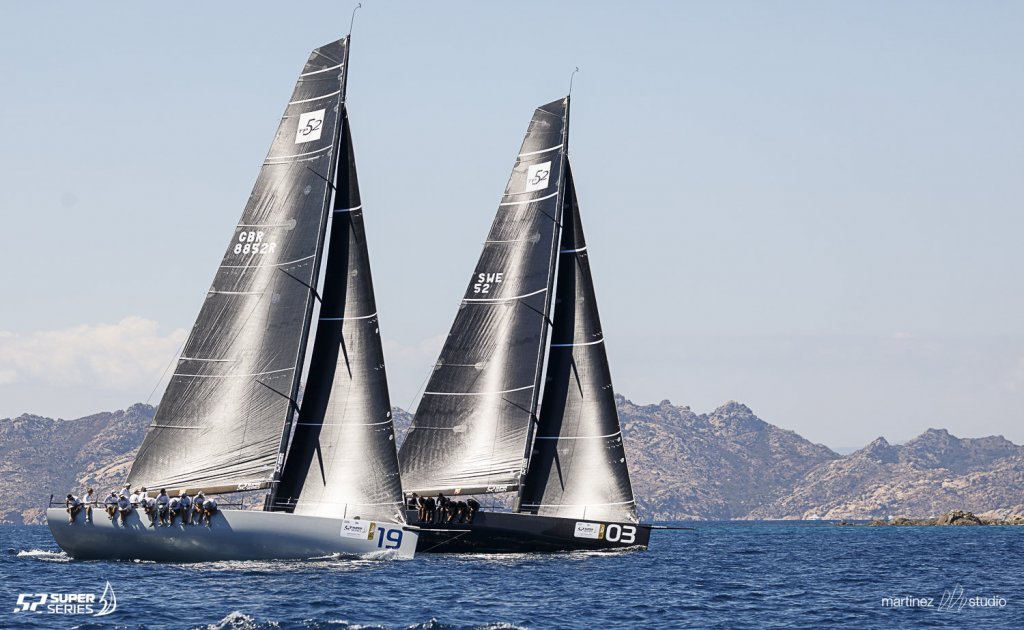 Alegre and Rán Racing locked in battle amidst stunning scenery.

Mr Takashi Okura’s Sled took the finish line honours and have every reason to be content with their day’s work. Defending champions Quantum Racing had a dark day at the end of which they perhaps felt they could not do right for doing wrong.

The 52 SUPER SERIES champions Quantum Racing, with Doug DeVos steering, led on the early part of the initial upwind downwind loop, but on the second half of the first beat the wind swung right and they were on the wrong side of this key shift. They rounded 11th at the top mark, but true to their team mantra, chipped away up to eighth only to transgress on the approach to the finish line.

Unknowingly they breached a rule which says a team should only pass through the line at the finish. They did realise their error, unwound themselves but the damage was done. They retired and so score 12pts. The mistake is not uncommon, and three weeks ago was made by four-time Olympic medallist Jochen Schümann on the Wally 107 Open Season, costing them their challenge at the Loro Piana Superyacht Regatta.

Both Azzurra and Quantum Racing started best in the 8-9kt ESE’ly breeze which built to 11, dropped to 5, built, and dropped again to make it hard work for the crews. Sorcha, Sled and Alegre were among the teams that opted for, or were forced right, early. When the wind shifted in their favour, Peter Harrison’s Sorcha led round the first turn with Sled and Alegre second and third.

On the longer downwind westwards into the strait, Sorcha were given a penalty for kinetics: rocking. As they took their turns, they struggled to reset their spinnaker and dropped back down into the fleet. On the run past Caprera, circuit leaders Platoon, steered by owner Harm Müller-Spreer, held right, to the island shore, and lost in light breeze, finishing seventh, two places behind Azzurra. Under the spell of a topsy turvy day, Azzurra can be reasonably content with fifth. 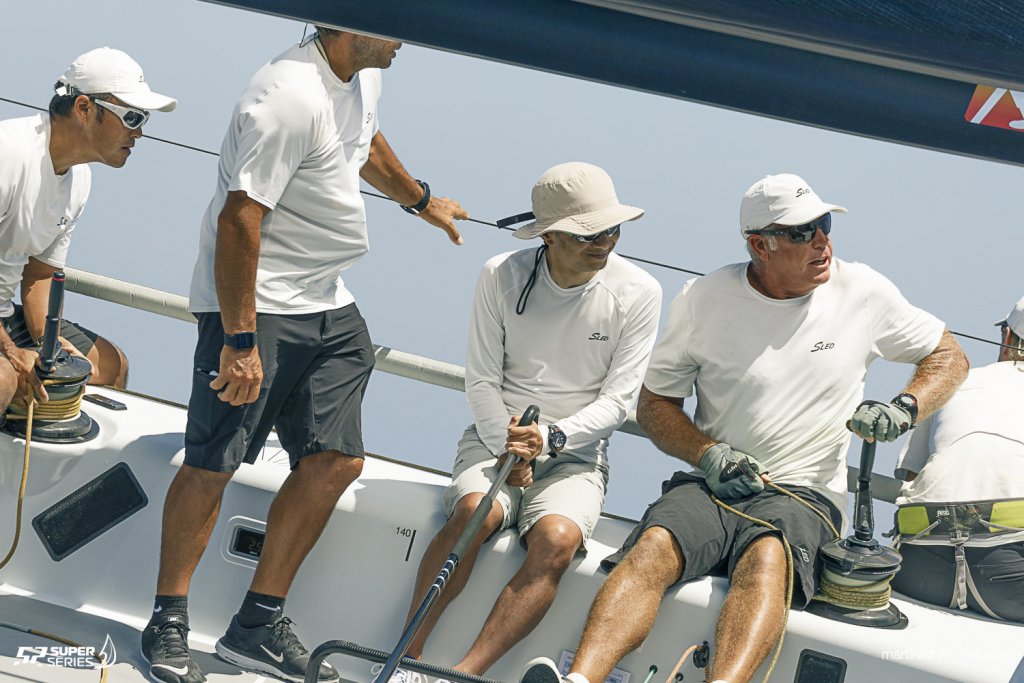 Hamish Pepper, Sled’s tactician was pleased to open with a win:

“We are happy with the way we sailed today. The shore team have done a good job setting the boat up. We had to keep chipping away today, to really keep our wits about us. We have done nothing that much different from the rest today, but we see all the time that anyone can win a race. We did not do well at the Worlds in Scarlino and wanted to make sure we improve here. So with that in mind, this is a good start. Now we just need to go and try and do it again tomorrow.”

The Porto Cervo 52 SUPER SERIES Audi Sailing Week will take place from 21-25 June, with races starting at 13:00 CEST every day. Track the boats via state-of-the-art Virtual Eye at www.52SUPERSERIES.com/LIVE or via the app.