(Sunday 23rd July – Puerto Portals) – The Bay of Palma refused to present the Puerto Portals 52 SUPER SERIES Sailing Week with enough of a settled breeze to permit the scheduled Official Practice Race to be sailed today. On a hot, humid summer afternoon there was no sign of the usually reliable Palma sea breeze and so a little after three o’clock in the afternoon – after a couple of hours of waiting – the fleet were sent ashore to the Puerto Portals marina.

AP flag is up due to shifty winds. For now, we wait! pic.twitter.com/NB12F8zziP

“It is great to be back in the class and to see how strong the fleet is. Racing will be so close because the fleet is so competitive. Bronensosec is a very good team and a good boat and I feel like they are just hitting their straps after finishing second at Porto Cervo. Vladimir does a great job helming, is very calm and stays focused all day long. In that respect he puts me in mind of Peter de Ridder who we won here with a few times back in the day.” 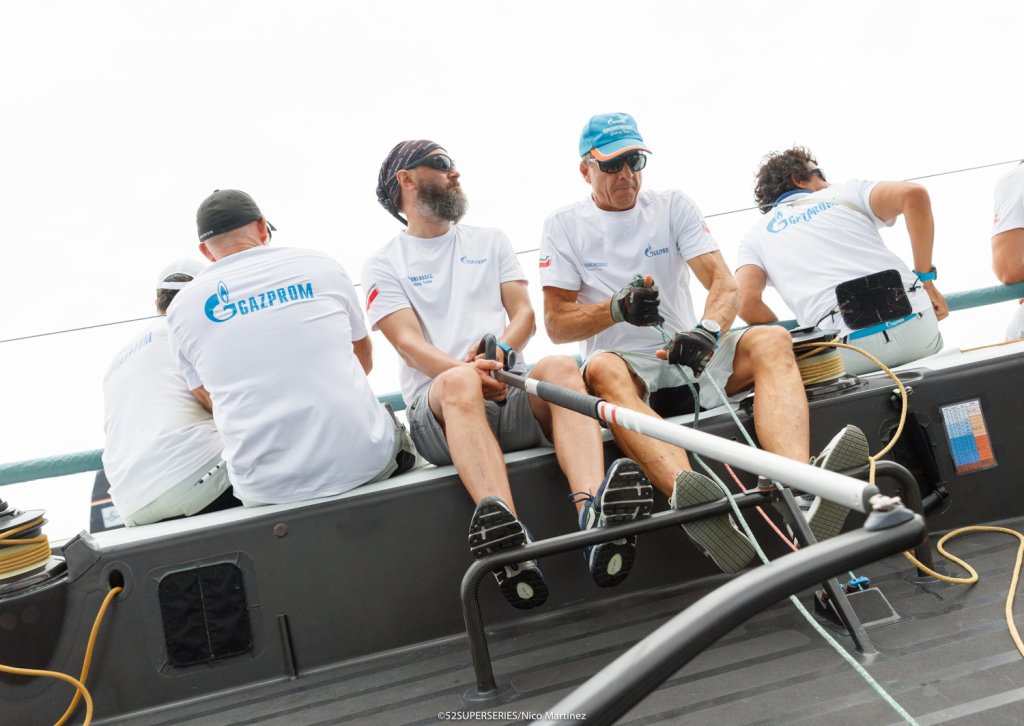 Davies is convinced that no matter what happens with the choice of boat for the 36th America’s Cup – multihull or monohull – the TP52 has a bright future.

“The Cup is still wide open. This class has a really strong future no matter what happens with the Cup. I think the fact that these are exciting fast boats is key. Whatever happens in the Cup, that has to be exciting and fast and that can happen with all sorts of designs. I think this is such a strong fleet. We have some really strong teams here. And if the Cup were to attract this sort of owner now it would be quite exciting for sure.

I love these boats. They are so crew-work orientated that you really get rewarded for sailing well. The level is so high. It is nice to have no cyclists on board.

Today’s conditions were very random. But usually getting off the line and starting well is key. Then being able to have clear air and sail your own modes is vital. As soon as you are in traffic you are flushed to the back of the fleet.”

Niklas Zennström’s Rán Racing come to Mallorca on good form after winning the fourth regatta of the season, the Porto Cervo 52 SUPER SERIES Audi Sailing Week. Navigator Steve Hayles believes they have all that is needed to win again on the Bay of Palma, where they won the Royal Cup in 2012.

Palma is a very good venue for consistent breeze but it is also very subtle. The devil really is in the detail. We know what we are going to get. The fleet has never been closer. There used to be a ‘middle of the fleet’ and a ‘back of the fleet’ but now there is just ‘a fleet’.

We try and address our weaknesses. Before the last event we really worked on our starting. That worked well.”

Hayles confirms that, in light of the successes of Quantum’s three-boat programme, they are increasingly working more closely with other teams. 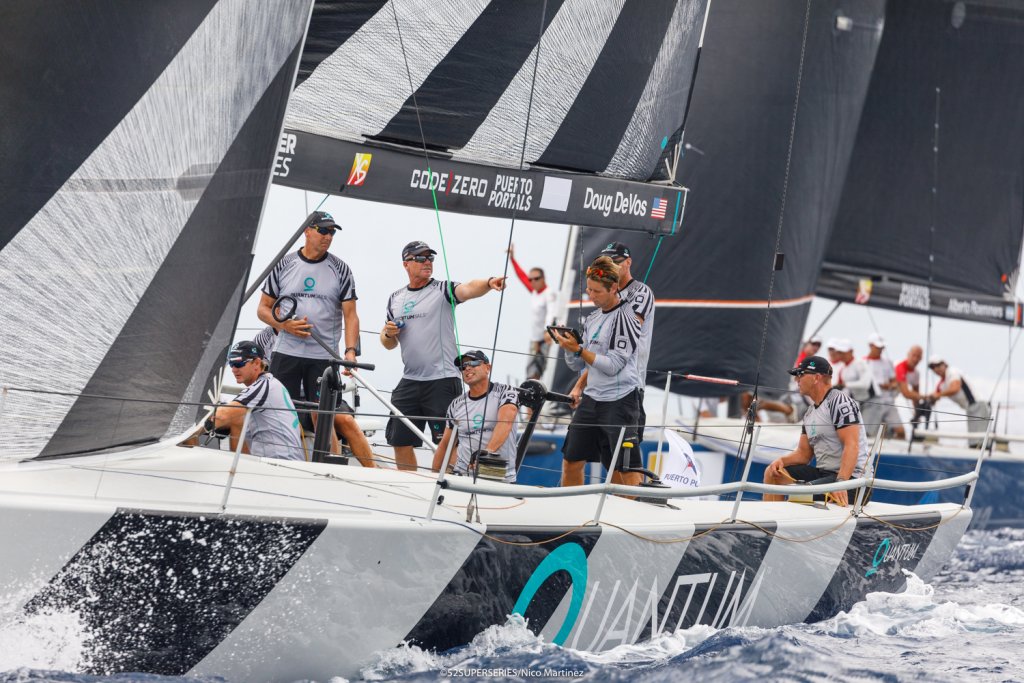 “We are working well with other teams now in closer collaborations. We are working with Bronenosec quite closely. Everyone has seen that working collaboratively can raise the whole level. The Quantum group for sure have got in there and stepped the whole game up. I don’t think that is through a better product, it is good systems and processes. And so we have had to open up to the idea of working with other teams to make all of ourselves better.”

“Honestly you carry so much forward from the win. So, yes, lots of things did have to pan out for us to win in Porto Cervo, and they did, but we had been there all week. ‘You have to be in it to win it,’ as they say. It is all about being in with a chance on the last day and that proved it. You make your own good fortune. But you carry the belief forwards here. And actually, looking back, we had not won and event for some time. It is nice to come and win an event. But in saying that, now anyone could come and win here. It would be no surprise at all if any one boat won here.”

Racing is due to start at 13:00 CEST on Monday, starting a programme of 10 windward-leeward courses scheduled this week. The regatta finishes Friday.