(Tuesday 16th July, Cascais) – After a somewhat less than perfect regatta last month in Puerto Sherry and a seventh place overall, 2018 52 SUPER SERIES champions Quantum Racing restored their winning mojo today in Portugal when they sailed to a second and a first in classic Cascais conditions to lead the Cascais 52 SUPER SERIES Sailing Week.

Second behind Provezza in the first race, which was contested in 17-22kts of NW’ly breeze, Quantum Racing executed a typical Cascais race winning strategy in the second windward-leeward, starting by the committee boat, tacking right early and leading all the way around the fast, bumpy Cascais track. And on the final downwind, as it to shrug off the pent up frustrations from Puerto Sherry, they more than doubled their lead, surfing away to win by 240 metres from Bronenosec.

“We like it when it gets kind of crazy here in Cascais, and it was that kind of day. The second start was very hectic with all kinds of action. But once we got our nose out to the right it became fairly straight forward. There are always a lot of lines of pressure and puffs and if you get just in the right place then you can take off and that’s what we did,” smiled Ed Baird, the Quantum Racing skipper-helm.

After a victory in the first race, seemingly continuing their winning run from Puerto Sherry, Provezza had a technical issue between races – a jib fixing gave way twice – and had to ask for time to repair, going on to fifth in the seven-boat fleet.

“We had a bit of a hiccup in the pre-start and could not get to the right side of the course enough and then were in good order coming to the bottom mark in second and the kite did not come down as we were expecting it to, then there were a couple of other little problems, by the time we had that sorted out the first four had disappeared,” explained Provezza helm John Cutler. “I have never steered a TP52 here in the breeze before so I came with a little bit of trepidation, but it was great.”

As ever, in the breeze in Cascais it is always possible to make big gains – and losses. Platoon were over the start line and had to round the boat and recross. Seventh all the way round they gained two on the last run with a come-from-behind charge.

Winds through last year’s world championship were more than 20 knots on every day of the regatta and the forecast seems to promise a repeat this year – Day 1 delivered. 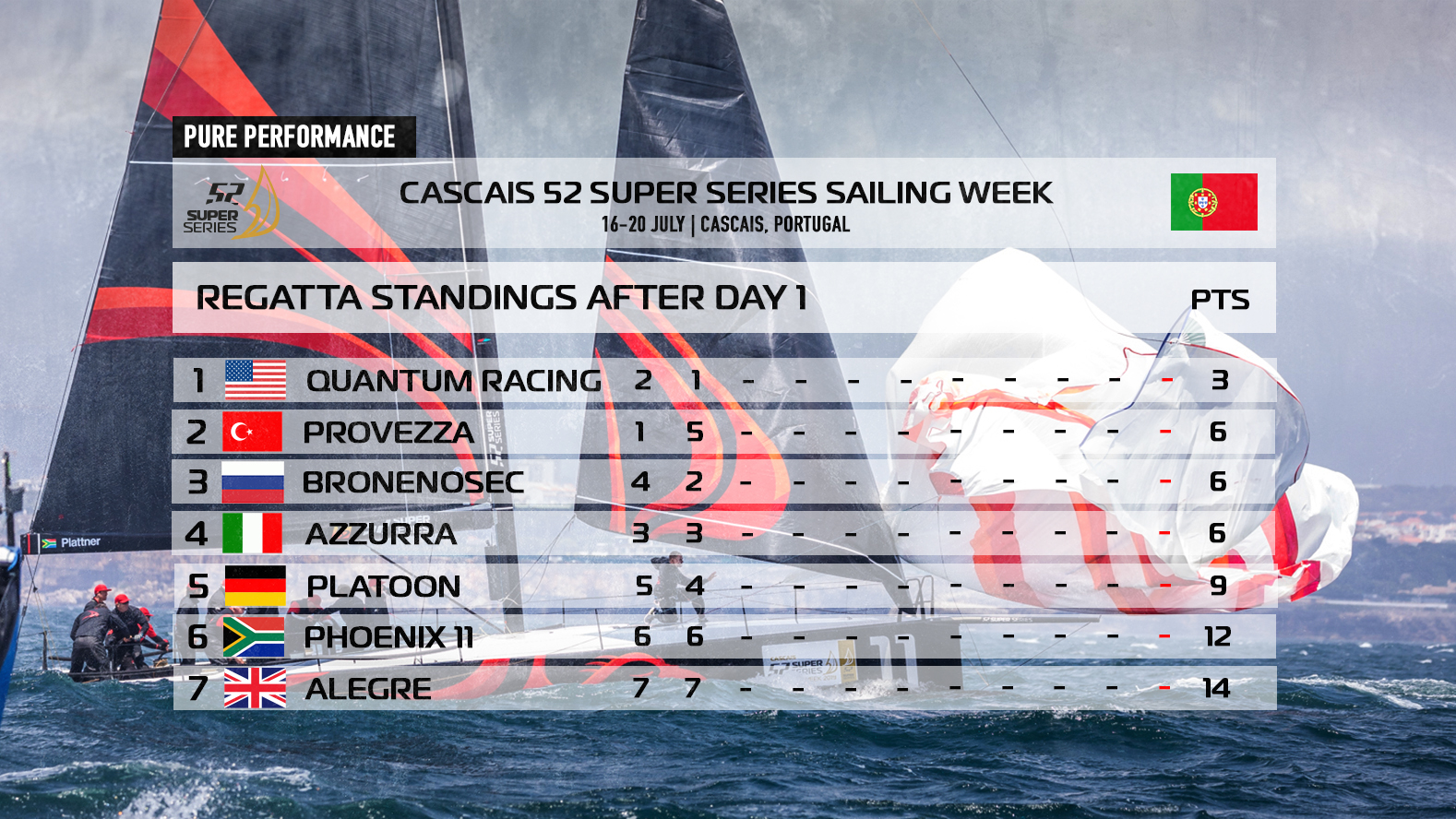