Provezza Are Crowned 52 SUPER SERIES Greenest Team of the Year

(Thursday 10th October, 2019) – Ergin Imre’s Turkish-flagged Provezza team have been honoured as the 52 SUPER SERIES’ Greenest Team of Year for 2019.

The crew have led by example throughout the season, embracing benchmark best practices with diligence and enthusiasm, while helping drive new initiatives by the series’ hard-working group of Sustainability Ambassadors. And, in keeping with the circuit’s fundamental philosophies, the Provezza crew have achieved their sustainability goals with infectious good humour.

“It is so pleasing to see the positive changes among the wider 52 SUPER SERIES community year on year and I really feel we have made excellent progress this season,” comments Christoph Kröger, the 52 SUPER SERIES Sustainability Manager.

“This award helps reflect just a few of the simple, practical steps that teams are taking, which are being adopted throughout the fleet. The Provezza crew are working well and have seen a notable transition over recent years to become one of our leading lights where sustainability and responsible choices are concerned.” 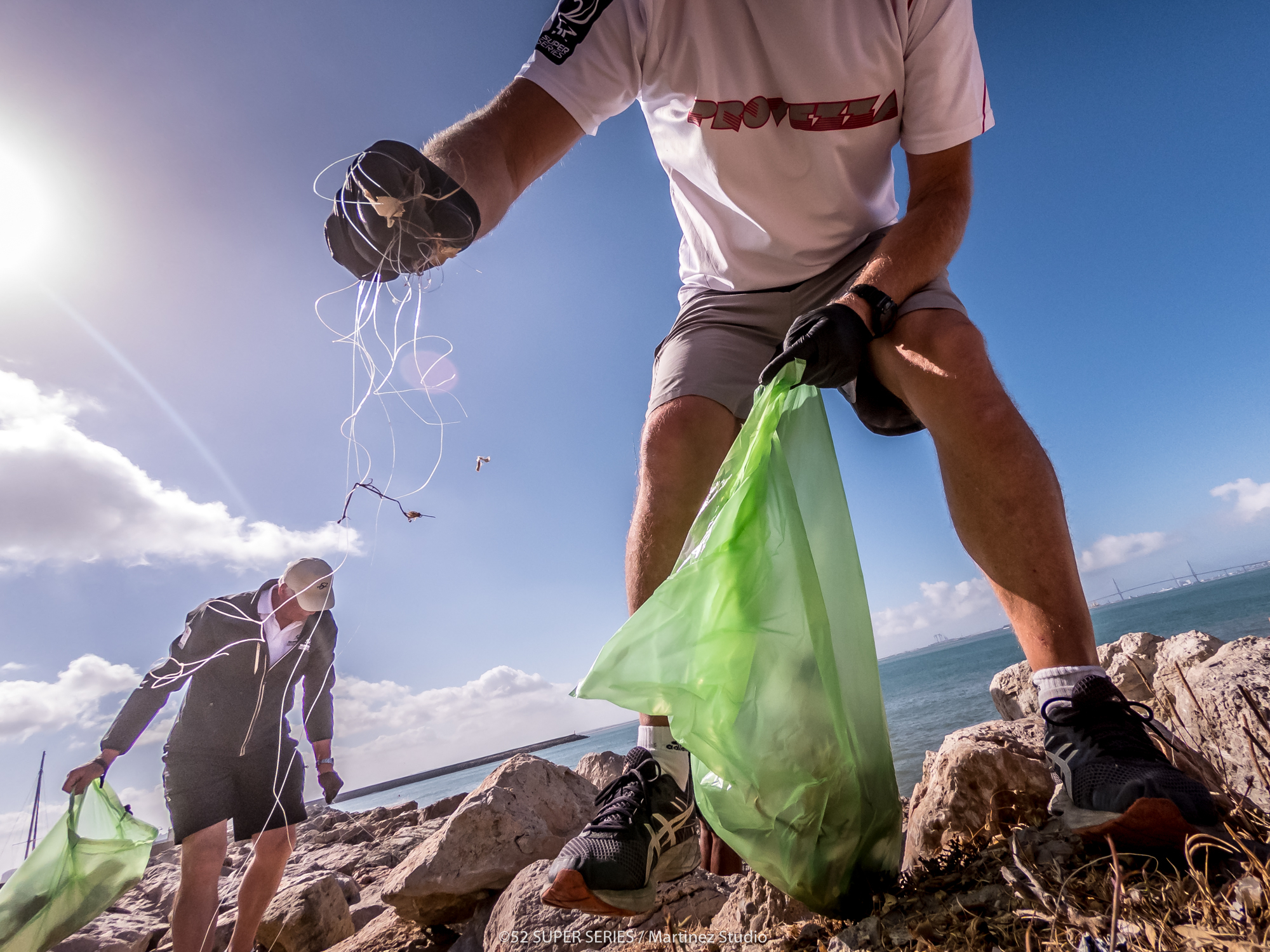 The entire team are now exclusively using re-useable utensils, and ceramic cups and mugs, in and around their container. Food for the crew is supplied in containers that are washed and re-used every day. They were among the earliest adopters of the Ecoworks Marine cleaning products; and in fulfilling the initiative to track fuel use, the Provezza team have done so voluntarily, accurately, and have committed to offsetting their calculated carbon footprint.

It goes without saying that their successful mission to recover the sunken rig they broke on the Bay of Palma during the Rolex TP52 World Championship, was completed quickly, and efficiently, and as much of the material was salvaged for upcycling initiatives as was possible.

And the team further makes sure they limit their fuel usage via their own 20-seater bus, which thereby reduces numerous individual taxi and car journeys; and many of their crew simply use bicycles, skateboards or scooters to get around.

“Like last year’s winners, Phoenix, for Provezza, sustainability and acting responsibility comes increasingly naturally to the crew. Boat captain Guy Barron is a strong leader and a great example of someone who can get all other team members singing from the same hymn sheet,” Kröger highlights.

“I am very proud of our team in winning this award,” comments Guy Barron of Provezza. “The crew have really woken up to the urgency of the situation with regard to preserving our oceans and we have crystallised our responsibilities to improve our practices all the way through the team operations. It is still a work-in-progress, and, yes at times it is a chore, but we are all doing more each year. And with the Ambassadors’ group, it is great to be able to talk over ideas, to move forward, and know we have support and cohesion among all the other teams on the circuit. And having the water purifier in our container will enable us to be even more efficient.” 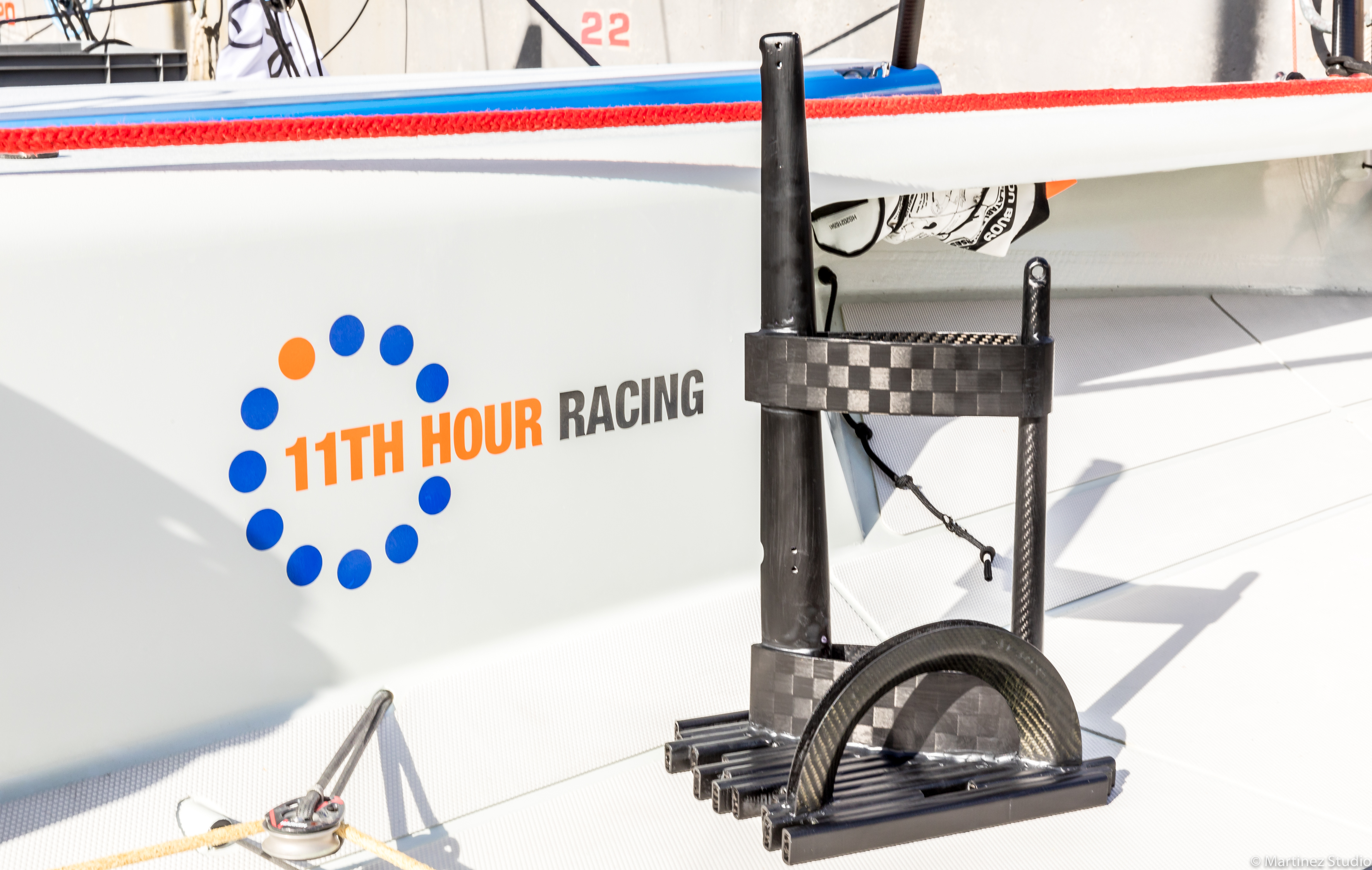 The 2019 Greenest Team of the Year trophy was designed and constructed as a collaboration between all the 52 SUPER SERIES teams and is made from discarded and broken carbon items contributed by the crews.

“Since we first started working with the 52 SUPER SERIES five years ago, I’ve been humbled by the evolution of the sustainability efforts by the event organisers and sailing teams. Their commitment to improving ocean health, analysing their environmental impact, and leaving each venue better than they found it is inspirational,” said Todd McGuire, Managing Director, 11th Hour Racing. “I believe the success comes down to engaging the sailors with a dedicated Sustainability Ambassador representing each team, an easily replicable concept for other regattas. At every event, the Ambassadors discuss new initiatives and report on previous commitments. Congratulations to Provezza on prevailing as the Greenest Team of the Year, I look forward to seeing more innovations in 2020.”

You can learn more about the 52 SUPER SERIES Sustainability Programme at www.52SUPERSERIES.com/Sustainability.