Quantum Racing maintained their very polished consistency, scoring two second places to extend their overall lead in the Barclays 52 SUPER SERIES class at the 33rd Copa del Rey on the Bay of Palma.

After four races the team which is skippered by Ed Baird have finished no worse than second, holding on to that record across two contests today which were much more challenging than the one sided, one dimensional pair on Monday.

The fleet were moved to the middle course area, further offshore. After an hour of delay waiting for the sea breeze to fill in and settle, the day’s first race was marked by big shifts and changes in wind pressure as the two conflicting breezes which prevailed on either side of the Bay, made their presence felt fighting on the 52’s race arena. The wind faded significantly for the second half of the race, dropping to just six knots at times but by late afternoon, the right hand breeze finally established a more solid supremacy to deliver a quicker second contest.

It looked like Quantum Racing were on course to win the first race of the day after they had lead around the top mark and built a cushion which at one point was the best part of 100 metres. But Gladiator, with America’s Cup winner Tom Slingsby calling tactics, recognised there was more, new pressure working in from the right of the downwind and with it a favourable 25 degrees shift. They lead the gains on this side of the course, along with Paprec and Phoenix, and were able to steal ahead of Quantum Racing before the gate. Tony Langley’s crew held on to lead Quantum Racing across the finish, earning their first winning gun of the season.

In second half it started to fall apart, the breeze started dying and it got a little scarier.
Ed Baird, skipper-helm, Quantum Racing

And that is where we got passed on the first run because we were playing the shifts based on the last hour of windshift and we had some 25 degrees new right shift on that first run. Gladiator got around us with a more aggressive strategy on the other side of the run.
Ed Baird, skipper-helm, Quantum Racing

Quantum Racing dictated terms to the cluster of boats trying to win the Committee Boat end of the start line as the gun went, but it was Azzurra which executed a perfect time on distance start, almost alone and unattended at the opposite, pin end of the start line. And with the breeze up to 11kts, in sparkling late afternoon sunshine Azzurrra kept the 2013 52 SUPER SERIES champions behind all the way around the windward leeward track, covering when they needed to, ensuring that the bullet was theirs. 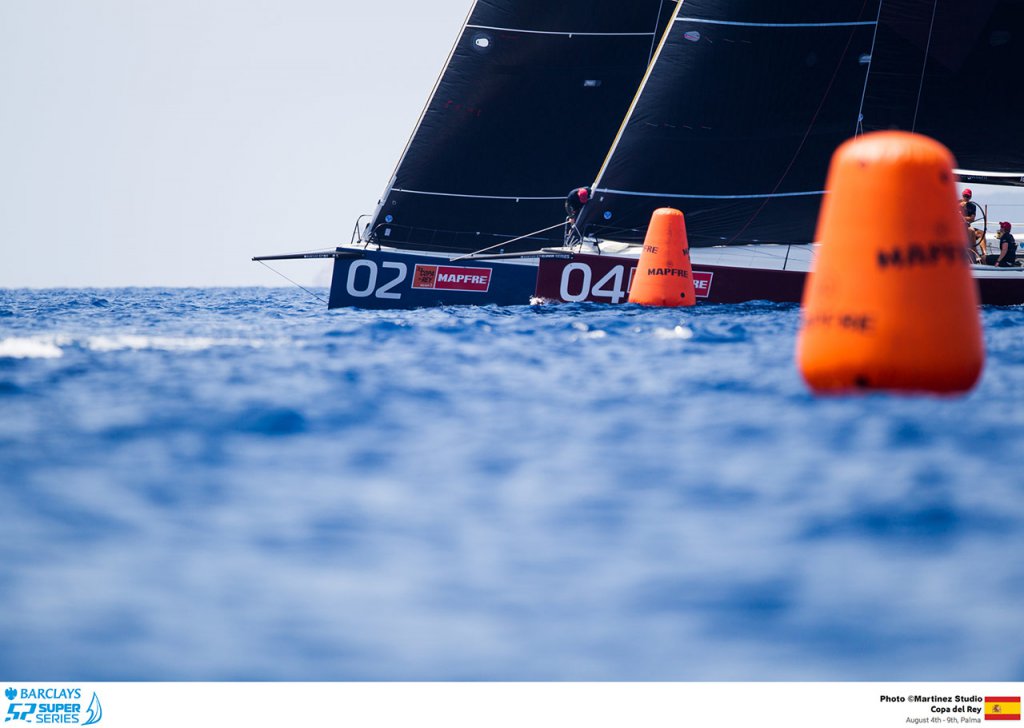 Wins for Gladiator and Azzurra today means different crews have won each of the four races sailed so far on the Bay of Palma.

Both Azzurra and Gladiator managed to complement their race wins today with solid counting results which allowed them both to vault ahead of Rán Racing, now lying second and third respectively. The fleet was one boat short today as the unfortunate Provezza broke a D1 shroud before the start and so a replacement was being brought in from Valencia and the crew are confident they should be able to race in the coastal race scheduled for Wednesday (tomorrow).

Thanks to this win we have turned things around. Yesterday we didn’t sail well and we also just weren’t very lucky. Let’s hope that this win will help us improve our sailing here at the Copa del Rey, we are going to have to fight hard to win. There are lots of variables that are beyond our control, but we have to start again here in Palma knowing that we did our best to win. In the first race we weren’t lucky, we started off well, but we couldn’t tack when we wanted to because we were covered by another boat. We didn’t manage to get back in the game in spite of our efforts.
Guillermo Parada (ARG), skipper helm Azzurra (ITA)

It was a better day for us. We had a very good start in the first race but it was very shifty we got to second around the top mark and caught Quantum Racing down the run and then it was back and forth up the final beat but we were able to hold on. I think it is our first win this year and hopefully not our last. We were up and down in the second race. Up the second beat we got it a bit wrong and dropped to fifth, but overall things are going better. We are happy. We halved our points from yesterday so it is encouraging.
Tom Slingsby (AUS) tactician, Gladiator (GBR)

We are very happy to have extended our lead just a little bit today. It was a tricky day. Out in the middle of the Bay both sides influence what happens, trying to go to the left on the left side and trying to go to the right on the right side. You are never sure which is going to pay off and so we are really happy to come away with a couple of second places. In the first race we tried to use the starting line bias on the port end as our first shift, we got off the line pretty well and were able to cross the group and there were some lefties (left shifts) in that race in the first half. In second half it started to fall apart, the breeze started dying and it got a little scarier. And that is where we got passed on the first run because we were playing the shifts based on the last hour of windshift and we had some 25 degrees new right shift on that first run and Gladiator got around us with a more aggressive strategy on the other side of the run.
Ed Baird (USA) skipper-helm Quantum Racing (USA)

To win the sailing experience of a lifetime as 13th crew member onboard a TP52 racing at the season finale of the Barclays 52 SUPER SERIES in Ibiza in September, become a Facebook fan of the 52 SUPER SERIES online and watch the videos to enter:
https://www.facebook.com/52SuperSeries 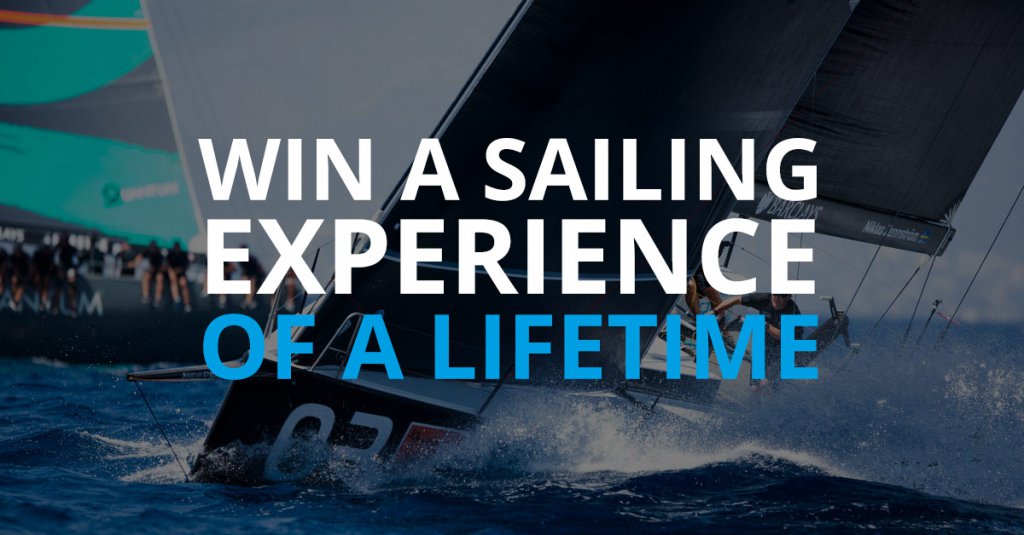