(Tuesday 19th September, Menorca) – A complicated, challenging weather situation resulted in just one race being sailed on the opening day of the 52 SUPER SERIES’ season decider – the Menorca 52 SUPER SERIES Sailing Week – but a confident win for circuit leaders, Azzurra sees them open their overall margin to eight points on Platoon and ten points on Quantum Racing.

Big, bumpy, leftover seas were out of proportion to the 10-12kt N’ly winds that swung around in direction, and rose, and fell in strength. Race Officer Maria Torrijo and her team achieved one good, solid race before the winds became too unstable for a second contest, and the 11-boat fleet was returned to shore.

Azzurra led at the top mark and extended away to be, at one point, over 300-metres ahead of second-placed Gladiator. But in the changeable conditions, it appeared that no lead was impregnable. Indeed, that margin appeared to shrink substantially down the second run as Takashi Okura’s Sled seemed to enjoy a big gain on the left of the run, but Azzurra slid through to win with Tony Langley’s Gladiator second and Sled third. 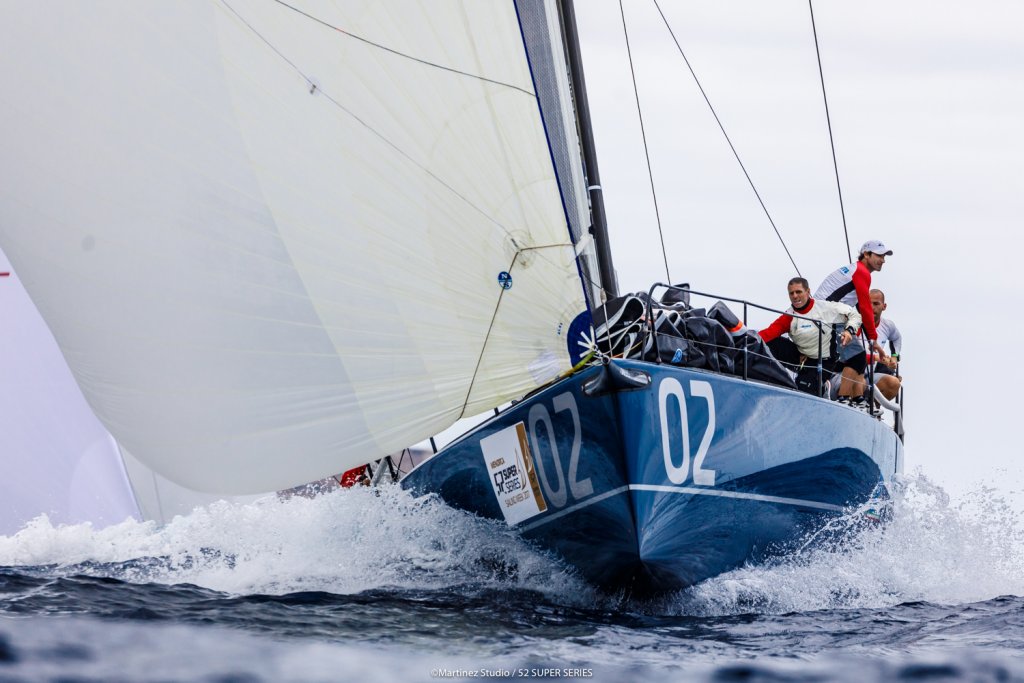 Azzurra charge ahead in the title fight.

Quantum Racing, the defending 2016 champions, did not get off the start line as they would have wanted and could only round the first windward mark deep in the pack, in ninth. But under the guidance of Terry Hutchinson and strategist Michele Ivaldi, Quantum Racing gained to sixth by the leeward gate, gybing early and profiting on the left of the run. They then reaped a nice reward with an excellent second beat, which got Quantum Racing to fourth by the last top turn.

Race 1, start line, Provezza, Gladiator and Azzurra with the best starts over at the pin end. pic.twitter.com/fzmoQLChHf

World Champions Platoon were not able to come back as well as rivals Quantum Racing, Harm Müller-Spreer’s crew crossing the finish line in sixth, not able to impose themselves after their start and conservative first beat.

Azzurra’s Vasco Vascotto was pleased to have added to their points buffer, but he was keeping his emotions in check, pledging to move swiftly onto tomorrow’s races. The forecast appears more promising, and with an 1100hrs warning signal, the objective is to get the regatta back on schedule and try for three races.

“The reality is that this is just one race and we need to move on quickly, to move our focus to tomorrow and to be ready to do the same things we did well today. So Guille (Parada, skipper-helm) made a good start and drove the boat well in these difficult conditions. The guys did what they had to do exactly right, it was a fantastic race for us. It is one day less, one day closer to the end of the season, and we put a couple more points on them. That is the reality. But we move on, we need to focus on just doing the same again tomorrow.”

The fleet stayed out for more than one hour after the finish of Race 1, but the breeze proved too unsettled and no further racing was possible. 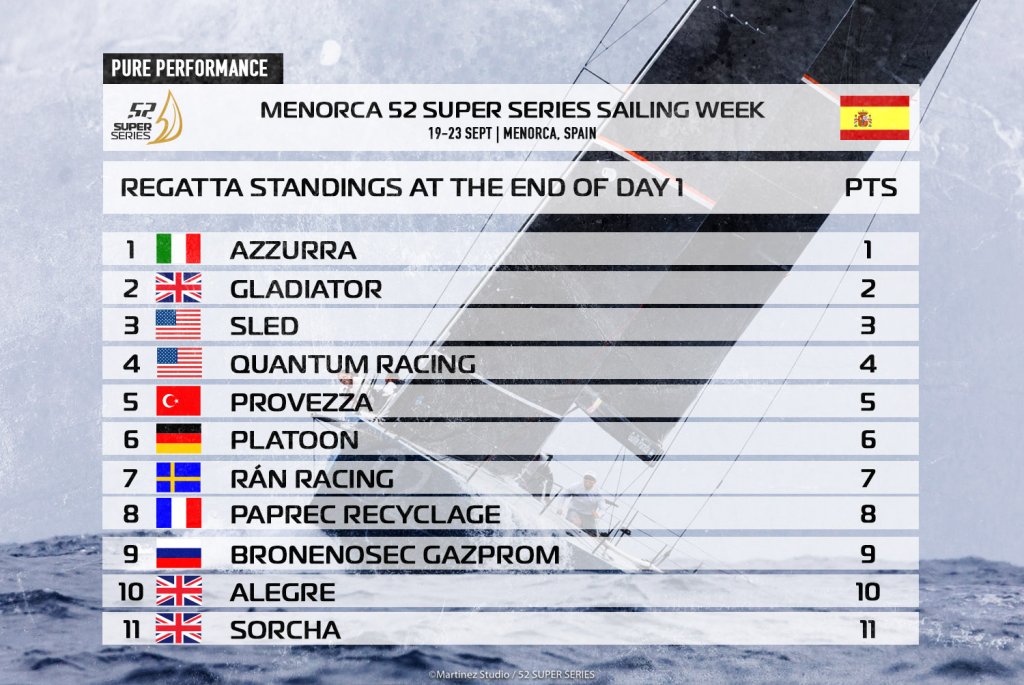