Onda: Flying the Flag and Looking to The Future

(Friday 2nd March, 2018) – Knowing what they do about the intensity, and the extremely high level of competition within the 52 SUPER SERIES, the crew of double Olympian, Eduardo de Souza Ramos, considers their debut season to be about learning and experience building. 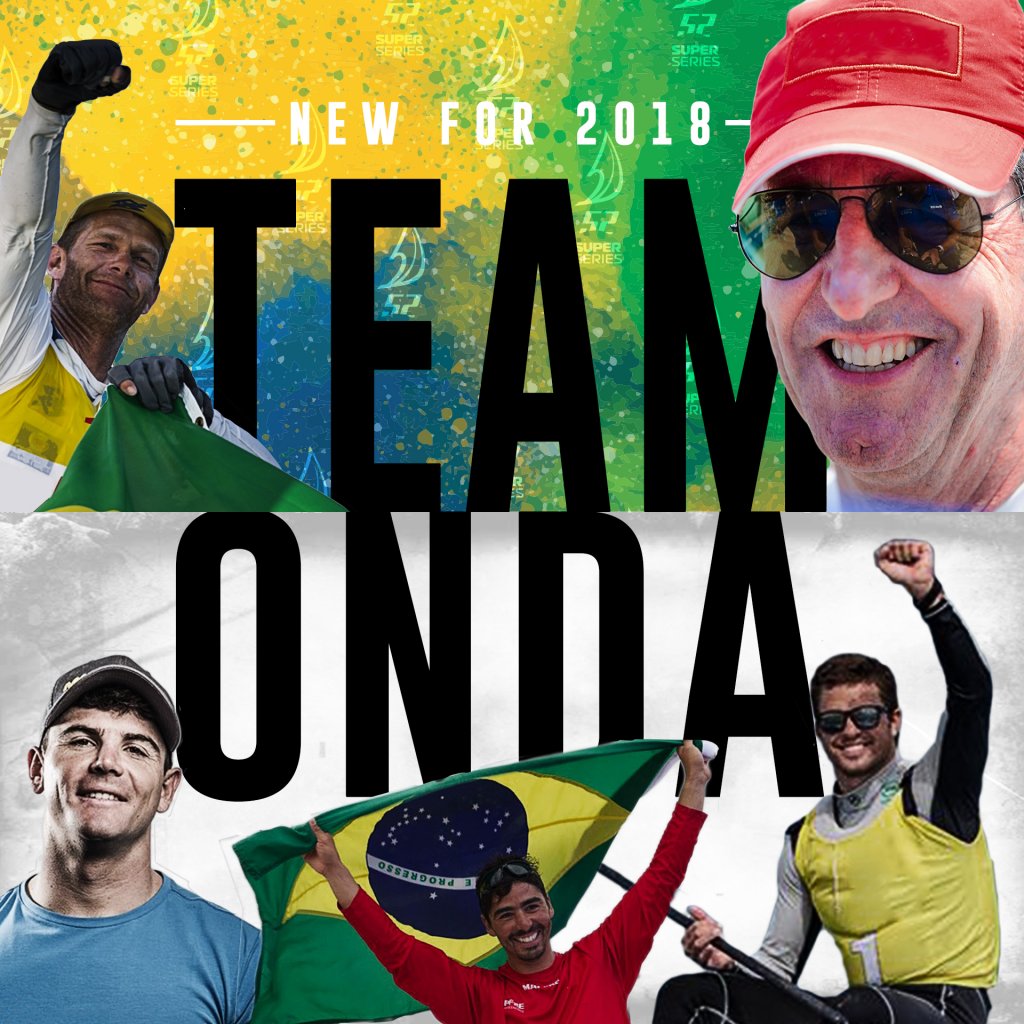 Even with five-time Olympic medallist Robert Scheidt in the hot seat as tactician, their ambitions are tempered by their belief that it will take time to break into the very top tier of TP52 teams to challenge for a podium finish.

But their target is more than just winning regattas and podiums; it is to proudly fly the Brazilian flag together over the five-regatta 2018 season, and most importantly, to nurture and inspire younger Brazilian grand-prix, yacht-racing talent. Between Torben Grael’s two and Scheidt’s two, sailing has given Brazil more Olympic gold medals than in any other sport, but Brazil’s participation in top level grand-prix, big-boat racing is still to catch up with other successful sailing nations.

“I believe that Brazil has great sailors, but they do not yet have experience of big boats. I think it will be good to show young guys this side of sailing” says the charismatic, quietly spoken owner of Onda, the name of the boat – meaning wave in Portuguese – highlighting a new wave for Brazilian grand-prix, big-boat racing.

De Souza Ramos, who represented Brazil in the Star class in 1980 and 1984, finishing ninth and twelfth, continues:

“I don’t really have a target for results right now. We are looking to just enjoy the moments.”

Among their crew line up will be Brazilian Olympians: Marco Grael, who finished 11th in the 49er in Rio; and Finn racer Jorge Zarif, who finished fourth at the 2016 Olympic Games – both getting their first start. Grael, son of Torben, will sail as a trimmer while Zarif will be a grinder.

André “Bochecha” Fonseca, project manager and strategist for Onda, who sailed three Volvo Ocean Races and represented Brazil at the 2008 Olympics in the 49er, says:

“We want to do something good for Brazilian sailing, and have fun together. We have a good bunch of experienced guys on the team, like Joao Signorini, who won the Volvo with Torben, and myself and the Spanish sailor Gonzalo Araujo (main trimmer), who has a lot of TP52 experience in the fleet. And bringing in the young guys is important. We will work hard together for the long term, and hopefully we can do something big. And in the meantime, have a very Brazilian time.”

Having now closed the door on his remarkable Olympic sailing career, Robert Scheidt is looking forward to being able to focus more entirely on grand-prix yacht racing, and renewing rivalries that have lasted decades, up against Sir Ben Ainslie and Dean Barker.

“I am looking forward to being able to give everything to this opportunity”, Scheidt enthuses. “With no Olympic programme in the background, I will be fully involved in every level. The Laser and the Star are great for boat-on-boat, and fleet racing skills, and it will take me some time to get to 100 per cent. We will see how it goes. It is a bigger platform. We have a great team, but I appreciate the level the other teams are at. We are realistic and not thinking we will get there immediately. And if I am very lucky, we will be sailing against some of the very best sailors in the world in this arena, up against Ben and Dean. At the same time, it is great to be giving this opportunity to younger Brazilian guys.”

Scheidt is one of Olympic sailing’s outstanding, most durable of winners. But can he transfer his skills to the 52 SUPER SERIES fleet to help win Onda regattas?

“We always think we can win, and I think that towards the end of the season, we should be in there. But this is not about the first year, this is a project we hope will run for some years now. My Olympic sailing has taught me never to give up, but keep trying to be better. I am so used to sailing under pressure in very tight situations, and to always fight very hard; I think I bring that to the team. I bring the discipline, and the processes to win; the debriefing, so you avoid making the same mistakes again; and making sure you are learning every day. The Star is a very technical, complex boat to set up and sail well in different conditions, you learn quickly if you don’t have speed, and you learn how to fix it – maybe it was the wrong jib or the spreader angle – you learn how to analyse and get faster. We have started our speed loop on the technical side and are looking to draw a lot on Quantum’s experience” Scheidt concludes.

The Brazilian, who lifted two gold, two silver and a bronze medal from his five Olympic Games steered the Luna Rossa TP52 in the MedCup in 2010.

“Starts in this fleet are absolutely key. There are not a lot of opportunities thereafter, and so you need to be in the front row at the first cross. It will be very intense. I will work closely with Gonzalo to make sure we try to get free lanes early.”

Onda is due to be launched from King Marine in Valencia the last week of April, just on time before PalmaVela, but it’s on a tight schedule.

“PalmaVela will be crucial to us in terms of getting the boat, and the crew work sorted. Then, if we have to do extra sessions, we will. But that is the way it is. I always think the best training is on the race course, so we will see.”

Onda will be sailing with the support of the Quantum Racing programme, aiming to fast track some of the technical learnings, and so arrive on the start lines of their first regattas with a proven set up.

“They are the team to beat, and have so much knowledge, it makes sense for us. I know Terry and the guys and I’ve raced a lot of them on the TP52 before, and in the Farr 40, and so I am really looking forward to working with them” concludes Scheidt.