Looking to End on a High Note

The fleet did sail the first upwind and a long downwind of a new course format which is being trialled in advance of next season and the new configuration is already finding favour with the teams. After a conventional upwind leg of around two miles there follows a long downwind of around four miles with a gate midway down the leg which brings the fleet back together.

For today’s practice race in 25kts and building seas, there was sufficient high speed excitement before the fleet converged at the leeward gate in close formation before the decision was taken to file back to the 52 SUPER SERIES race dock in Mahón in order to preserve boats and crews in the best possible condition. 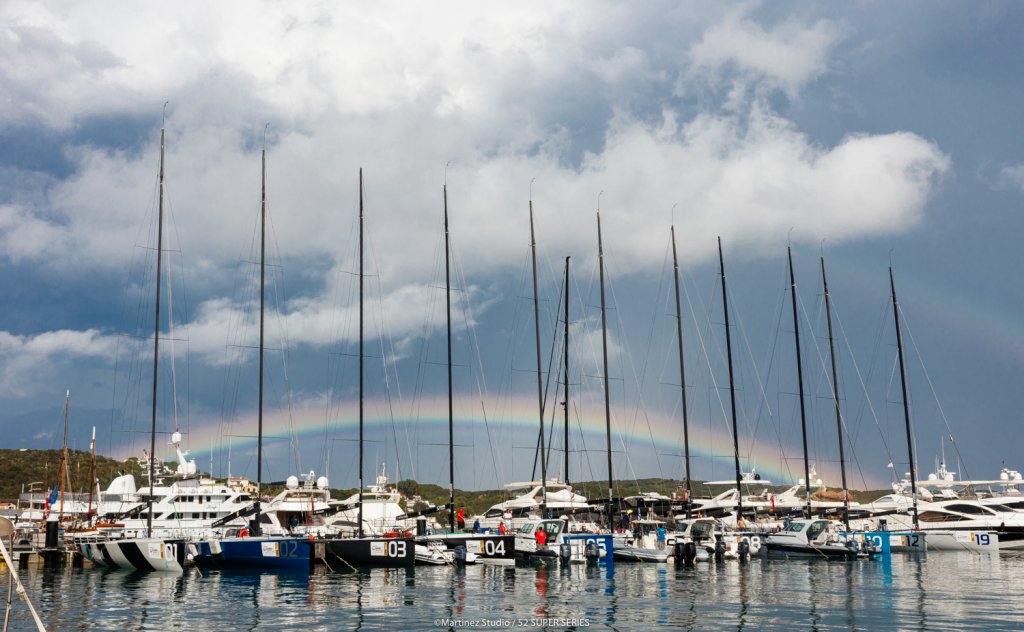 After the rain cleared, the rainbow appeared.

On Bronenosec, Italy’s Francesco Bruni, who sailed the last America’s Cup with Artemis Racing, is delighted to be back with the TP52 Class. He, like many others around the race village in Mahòn sees a rosy future for the 52 SUPER SERIES and the TP52 Class.

“I think now everybody is looking now at monohull sailing ahead for the next three or four years. Now we are all looking what is going to happen next season. I think it is a good choice to change things back to monohulls as long as it is high tech and there is something new there. The America’s Cup always needs to be at the leading edge of technology developments. I think giving a push to the monohull world again is good. Me, I have done some Melges 20, some RC44, and now this since the Cup and I am loving it. I still love it.” 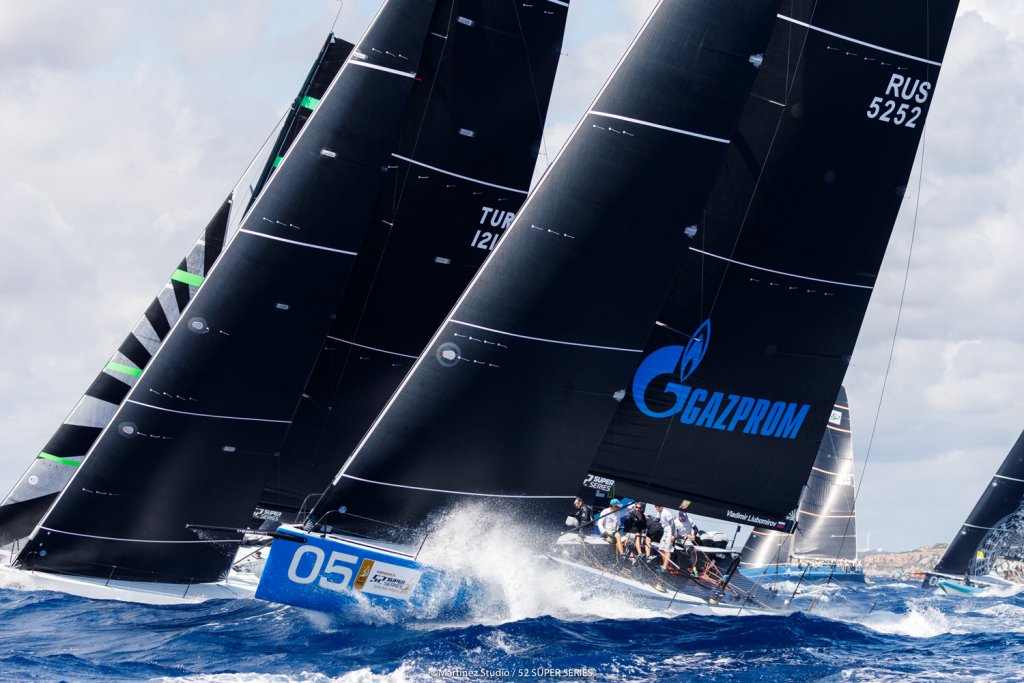 Bruni steps into the strategist’s role with the team, which lies sixth overall, ready to challenge Rán Racing for fifth and even Provezza for fourth. Tommaso Chieffi moves to the role of afterguard coach with Morgan Larson back as tactician.

“Once again, I am back again and it feels great especially on a day like this, sailing in 25kts here in the TP52s remains something very special and exciting. It is nice. You feel safe but still have a lot of fun. The fleet is better than ever, 11 boats at a very high level.”

On Provezza, winners of the last regatta in Puerto Portals, navigator Nacho Postigo – who has been with the class since its inception in 2005 – also sees a strong future for the class and the circuit:

“The 52 SUPER SERIES is the best way to prepare the America’s Cup as a team. The rumour every day is stronger, so it looks like it will be a race in monohulls. The best platform to train for this new Cup will be in the 52 SUPER SERIES and that will surely make the fleet grow next year, I’m sure. In fact this week we have already seen some different representatives around the dock here asking if different boats are sold. There is a lot of interest right now!”

Mahón proved a challenging, interesting venue last year when the 52 SUPER SERIES visited for the TP52 World Championship, the penultimate regatta of the season. And this coming week it looks like there will be a whole variety of wind and weather conditions on offer to ensure the showdown regatta delivers deserving champions. Azzurra goes into this last regatta leading by three points from Platoon with Quantum Racing three more points behind.

”This week we will see everything, a little bit of everything. Later today we see this big front come through and the wind go into the north, that will kick off a big sea state and it will not be too windy tomorrow. We can see rain and lightning coming in tonight, probably a big leftover sea state Tuesday. Then, after that, a real mixed bag of weather, a mix of the northerlies and the southerlies. It will be an interesting week. It will not be the same any two days.”

And Rán are out to win, as they did in Porto Cervo.

“For us we are here to deal with the regatta and not think about the season. We just want to put together our best five days sailing and get the best possible result. However and whatever that means for our overall then it will be what it will be. Our total focus is on this regatta.”