(Wednesday 10th May, Scarlino) – After being damaged on the first day of the 52 SUPER SERIES Miami Royal Cup, whilst competing in only her second race in the colours of British businessman Tony Langley – thumped in a spectacular t-bone collision – Gladiator has won a race against time, and today arrived fully repaired in Scarlino Italy.

The crash and subsequent damage went viral, seen all around the world by hundreds of thousands of viewers. But today the immaculate, shiny, black-hulled grand prix racer is all set to be ready to challenge for the Rolex TP52 World Championship, which starts on the beautiful waters of Tuscany, Italy on Monday.

When Langley’s new Gladiator takes to the racing arena – ready for a few days of tuning and training in Scarlino, along with the nine other title contenders – it will mark the successful conclusion of a swift race against time. The professionals involved have pulled out all the stops, working many long hours to repair the Botín-Partners-designed TP52, which was originally launched as Interlodge in December last year

Before the yacht left Miami, it was extensively examined, including a full NDT survey (non-destructive testing) of the hull and deck structure. The areas that needed replacing were carefully mapped out by the engineers. Thereafter Gladiator was shipped as quickly as possible to Persico, in Italy, where it arrived on 8th April. While the wounded TP52 was onboard a cargo ship for three and a half weeks, no time was lost.

Three new composite sections were manufactured slightly oversize, and were ready to replace damaged zones that were cut away the very moment that Gladiator arrived and placed on a precision engineered assembly jig. 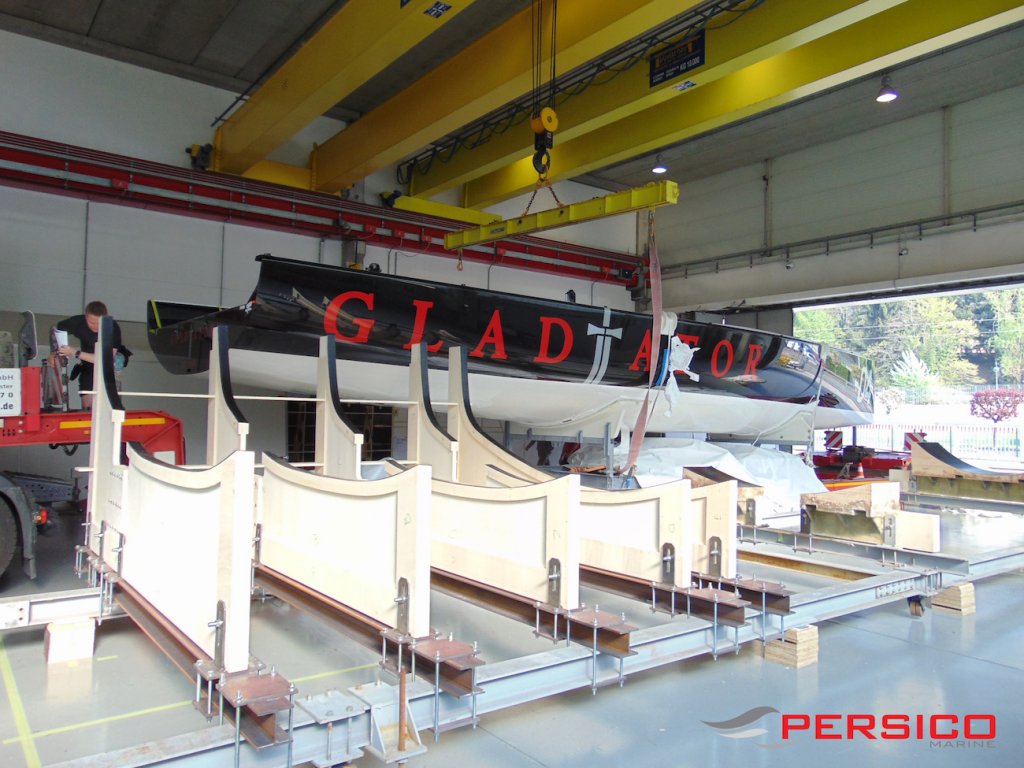 Persico worked hand in hand with Pure Engineering in New Zealand, who acted as the structural engineers when the boat was built originally last year. Between them they assigned the main areas to make tooling for, and subsequently designed the parts. The common goal was to have all of the parts ready for when the yacht arrived in Persico, the first week of April. This immediately set them on course to achieve a nominal deadline some three and a half weeks later.

“The key to our success of delivering on time is using the Persico Marine resources from the initial planning, designing of the main part tooling, manufacturing the parts, cutting the yacht exactly to the precise size and shape to rebuilding via adding the new parts so there is no filler adding weight. Most importantly this was down to it all being designed ahead of time and having the hull assembly jig, which the yacht was positioned into on the day she arrived.

With the Gladiator team, together with the Persico Marine team working as one big group, it is the icing on the cake for all of us to be able to deliver the yacht on time for the Rolex TP52 World Championship, but actually we did achieve far more than the initial requirement. It is a fantastic achievement, which, even as industry leading professionals who are used to raising our game to respond to this kind of challenge, we all take huge personal pride in getting Gladiator out the doors and back on to the race course on time, better than ever.”

A port side section, from the transom, to 3.5m forwards, and one metre in from the deck edge was designed and built, and it included a new runner winch pedestal, and a partial bulkhead section. 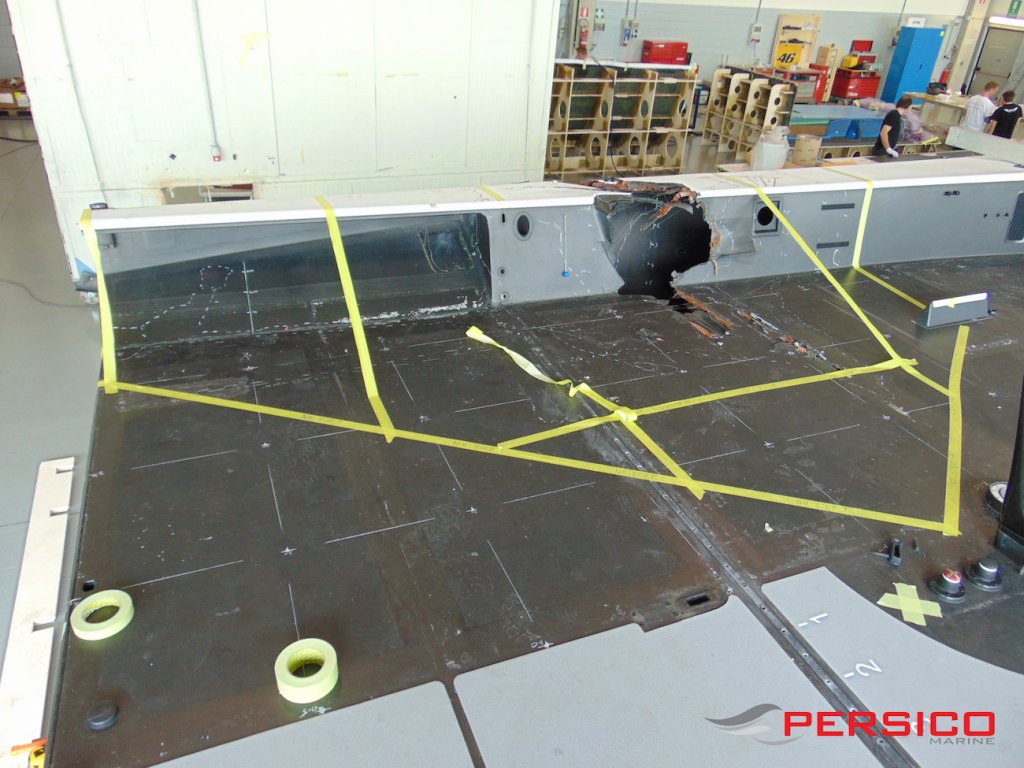 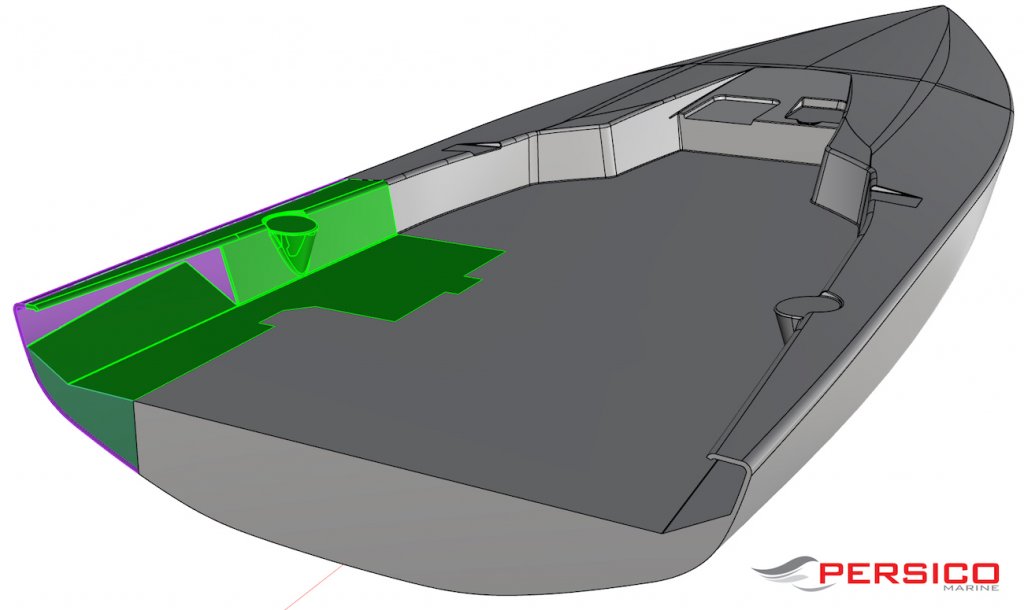 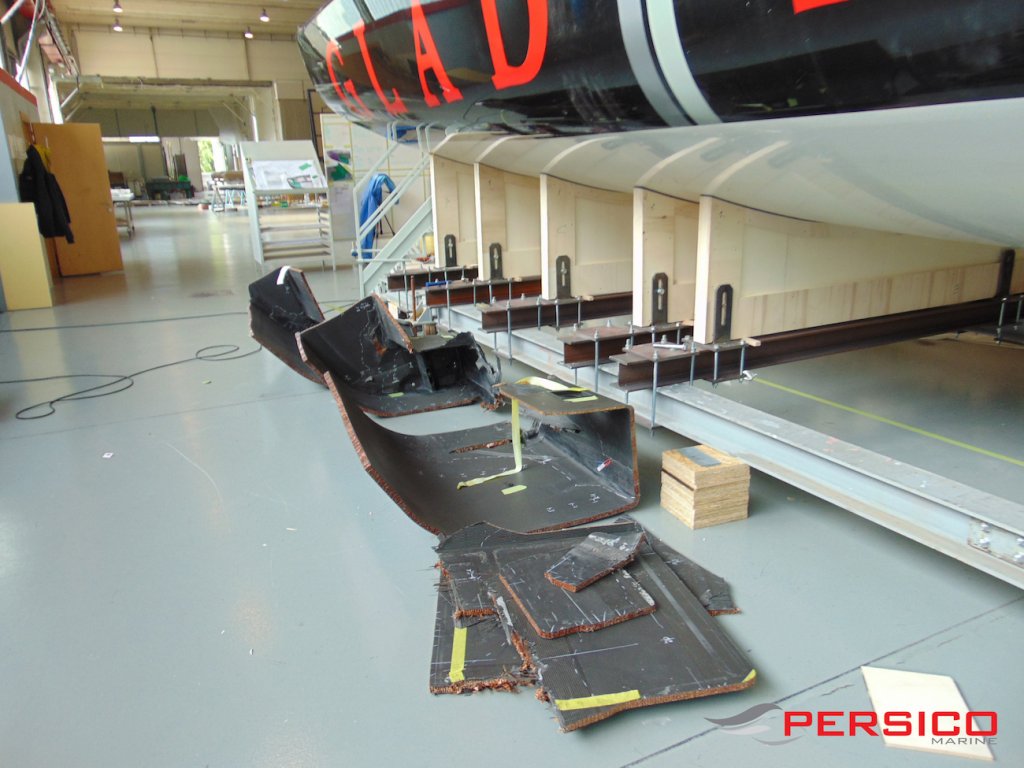 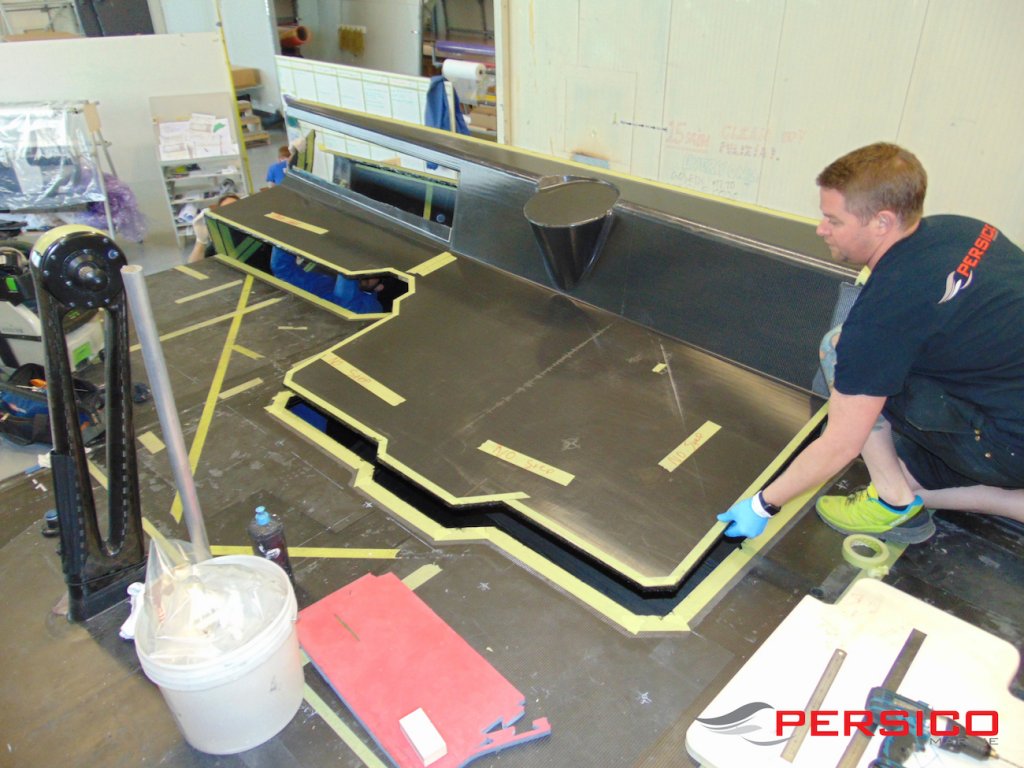 “It was almost painful to cut away the damaged areas and to be able to see into the boat. And there was something weird, but also reassuring about dumping the discarded pieces beside pieces of the damaged VO65 Vestas which was rebuilt here.” Remarked Feargal Finlay, Gladiator’s Boat Captain, “Seeing the amazing job they did with that boat, which will go and sail around the world, we knew our ‘patient’ was in the best hands for the amazing surgery which was done here.”

“To be clear though, getting to Scarlino and the Rolex TP52 World Championship on time, is a bonus. We did set out with the primary goal of repairing Gladiator to the highest standard possible with no compromises and no pressure of a time scale or a target. The fact that we have managed to do it is a great tribute to the spirit and hard work of our Gladiator technical team, and to everyone at Persico Marine, and all the other professionals who have gone the extra mile to make sure we are here on time.

Now we pass the Gladiator onto the sailing team and leave them to do their best.” 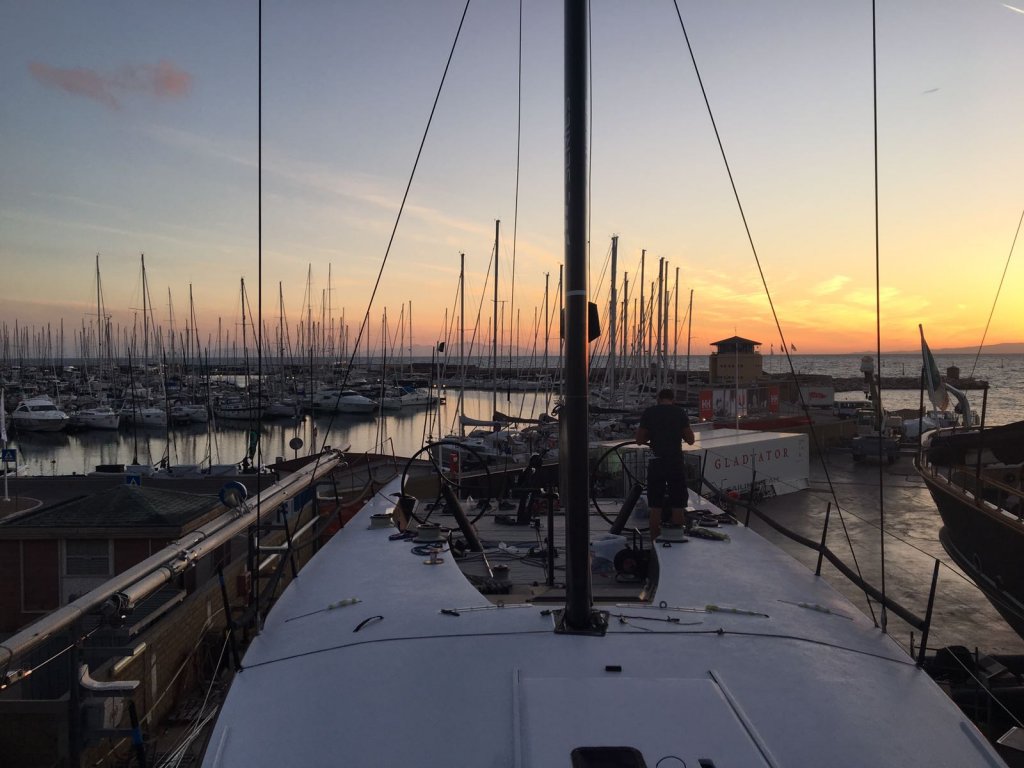 Gladiator is now expected to be one of the ten challengers contesting the Rolex TP52 World Championship, which start in Scarlino with the official practice race on Monday 16th May.