Dusting Off the Memory Banks

(Monday 17th June, Puerto Sherry) – “After Mahón we reset to zero and start here with a clean sheet,” smiled Phoenix’s Italian strategist Michele Ivaldi just before the South-African-flagged team went out and won today’s Official Practice Race for the Puerto Sherry 52 SUPER SERIES Royal Cup, the final warm up before Tuesday’s first points race as the circuit visits the new Andalucian venue for the first time.

Starting Tuesday, the 52 SUPER SERIES fleet will take to Atlantic waters once again for the PuertoSherry 52 SUPER SERIES Royal Cup. Enjoy live coverage from the final three days of racing.

In just the kind of solid sea breeze that this corner of the Bay of Cádiz is renowned for, Tina Plattner and the Phoenix team kept the 2019 circuit leaders Platoon, winners last month in Mahón, Menorca behind them to the finish line, buoying the confidence of the team that finished seventh at the first regatta of the season.

As the circuit comes to Puerto Sherry for the first time, local organisers are hoping that their hosting of the world’s leading grand-prix monohull circuit will lead to other classes and regattas returning to the area. Although renowned for reliable, different types and directions of wind, good infrastructure and accessibility, the venue remains under-utilised. While the Finn Europeans were held here in March last year, the Para World Championships take place here in two weeks time and the International Funboard Class Slalom Worlds are on the Bay later in the month, hopes are high that a good week of racing here, covered with live 52 SUPER SERIES TV from the third day, will put the area on the world map.

That is not to say that the leading lights of the 52 SUPER SERIES have not been here before. In 1992, just before he went on to win the Olympic 470 gold in Barcelona, Platoon’s Spanish strategist Jordi Calafat won the World title here with a day to spare. Second was none other than today’s winning strategist Michele Ivaldi and brother Matteo.

Many of the ex Olympic campaigners have sailed here in the past, as well as Spanish sailors who have taken part in racer-cruiser regattas here over the years.

“This is a nice racer area. We used to race here with racer-cruisers a long way back and there used to be a race week we did when I was younger. There is some current, which plays a role, and then the typical sea breeze is westerly, which is normally nice, and then there are days that are lighter with more of a southerly.

After Mahón, we are looking to be more consistent and not leave so many points on the table. There were little things we can do better, but the boat is great. It is down to us. We have to watch and just look to keep making improvements in every area,” contends Vila of the 2018 championship winning Quantum Racing.

Azzurra, the 2017 champions are looking to get back on the podium after they derailed their Menorca challenge with three weighty results in a row:

“It is always fascinating and cool to be racing in this class because everyone is racing so well. It is about how you sail through the whole week. No boat has an advantage in speed. It is all about how we race the boat. It is such an interesting venue, we don’t know the current that well, and I have only been here racing the Tornado Worlds in 2003 [where he took bronze behind the Aussies Bundock and Forbes, and Brits McMillan and Bulkely] and I remember nothing. So it is always interesting being on new course areas.”

And Team New Zealand’s Ray Davies has returned to Sled for this regatta, but backing up Adam Beashel as strategist. Sled were over the start line, OCS, and had to re-start but sailed up to third.

“We go back 15 years or more as a partnership but it’s nice to be in as strategist. We know what each other wants to hear and it is refreshing to have a different role. It is so good to be back with the fleet. Mahón was tough conditions, choppy waves and a difficult race track.”

Racing starts Tuesday at 14:00 CEST, running through Saturday. All of the action will be broadcast on 52 SUPER SERIES TV on the final three days of racing, with live-action streaming from the water supported by expert live commentary and comment. All shows will being 15 minutes before racing is due to start and can be enjoyed at www.52SUPERSERIES.com or via the app. 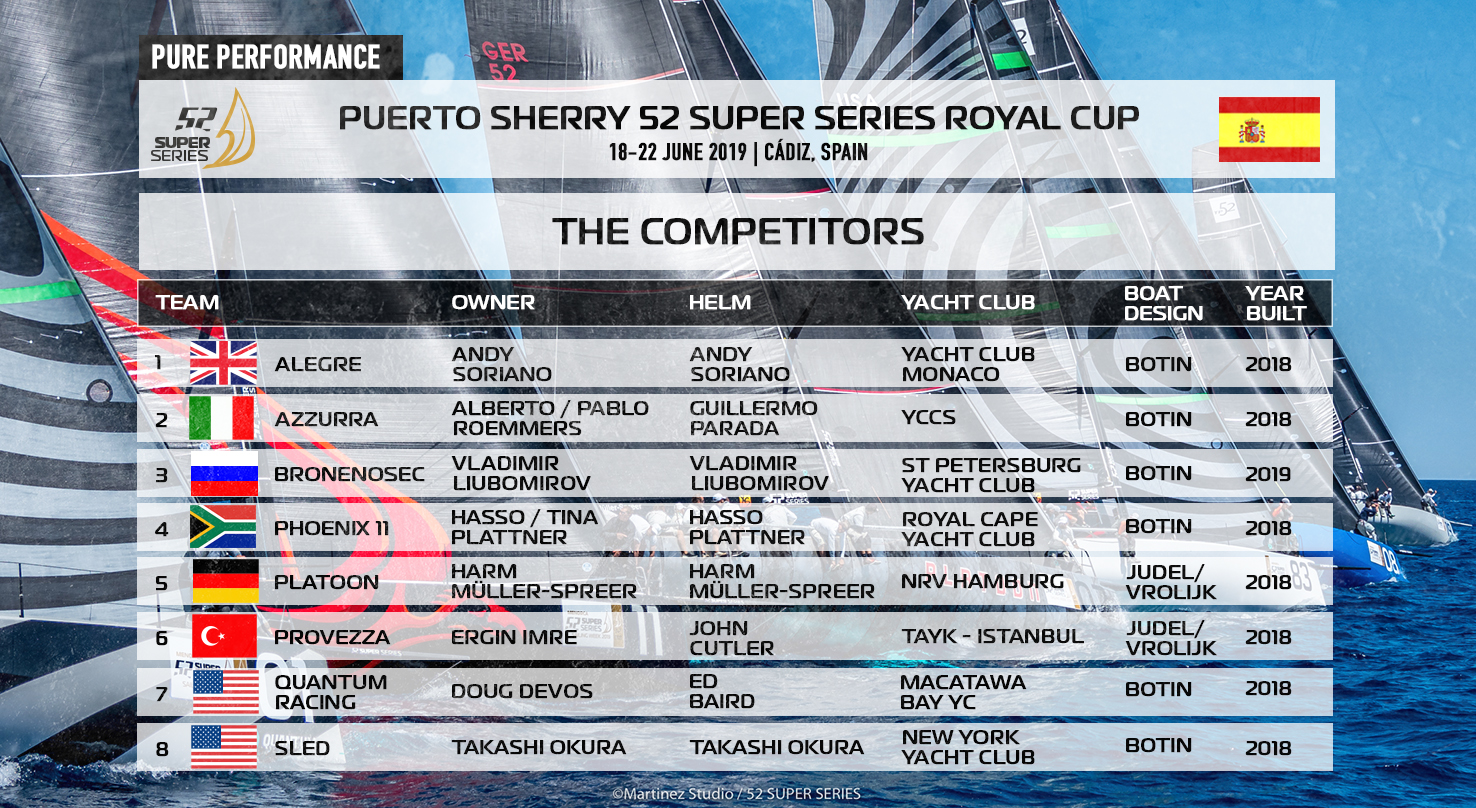